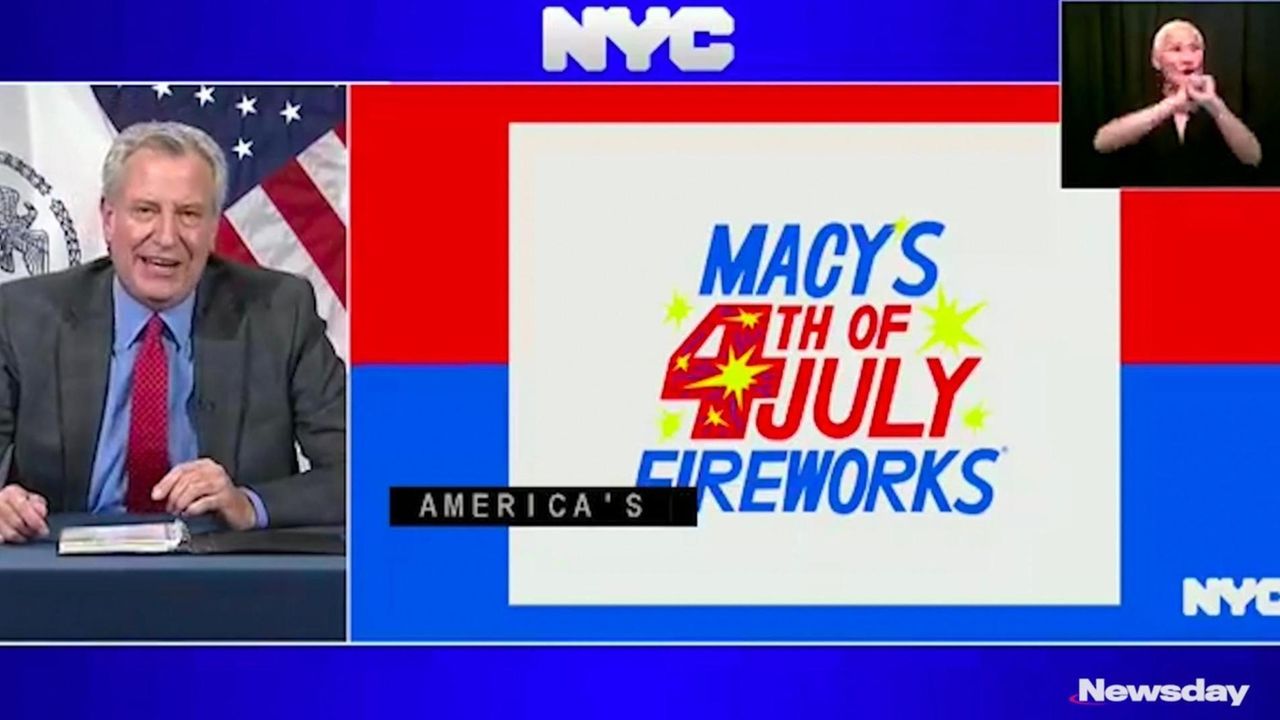 On Thursday, New York City Mayor Bill de Blasio announced that the Macy's fireworks will be back this year, with viewing areas for fully vaccinated people and those who are not vaccinated. Credit: NY Mayor's Office

The Macy’s Fourth of July fireworks show is returning for 2021 with a bigger spectacle than ever — and separate sections for vaccinated and unvaccinated spectators, Mayor Bill de Blasio announced Thursday.

Last year, the annual show was reduced due to the coronavirus pandemic, with smaller, unannounced displays for each borough, to lower the chance for crowds of spectators.

This year’s show will be a return to normal, albeit with sections for spectators that are fully vaccinated against COVID-19 and others for those who aren’t or who are vaccinated but want to watch with friends or family who aren’t.

"This will be the biggest show yet — literally, Macy’s is putting together the biggest fireworks display they ever have," de Blasio said.

At the entrances to the vaccinated sections, non-NYPD municipal personnel will be checking vaccine cards or the Excelsior Pass, the state’s vaccine-verification app, according to de Blasio spokesman Mitch Schwartz.

Will Coss, the show’s producer, said the show starts at 9:25 p.m., with a simulcast on NBC. The display will last about 25 minutes, with 65,000 shells and effects off five barges in the East River.

After the conclusion of the Macy’s fireworks — which in 1976 became a regular event for the United States’ bicentennial — there will be another fireworks show returning that had also been curbed for 2020 — this one at Coney Island, viewable from the boardwalk.