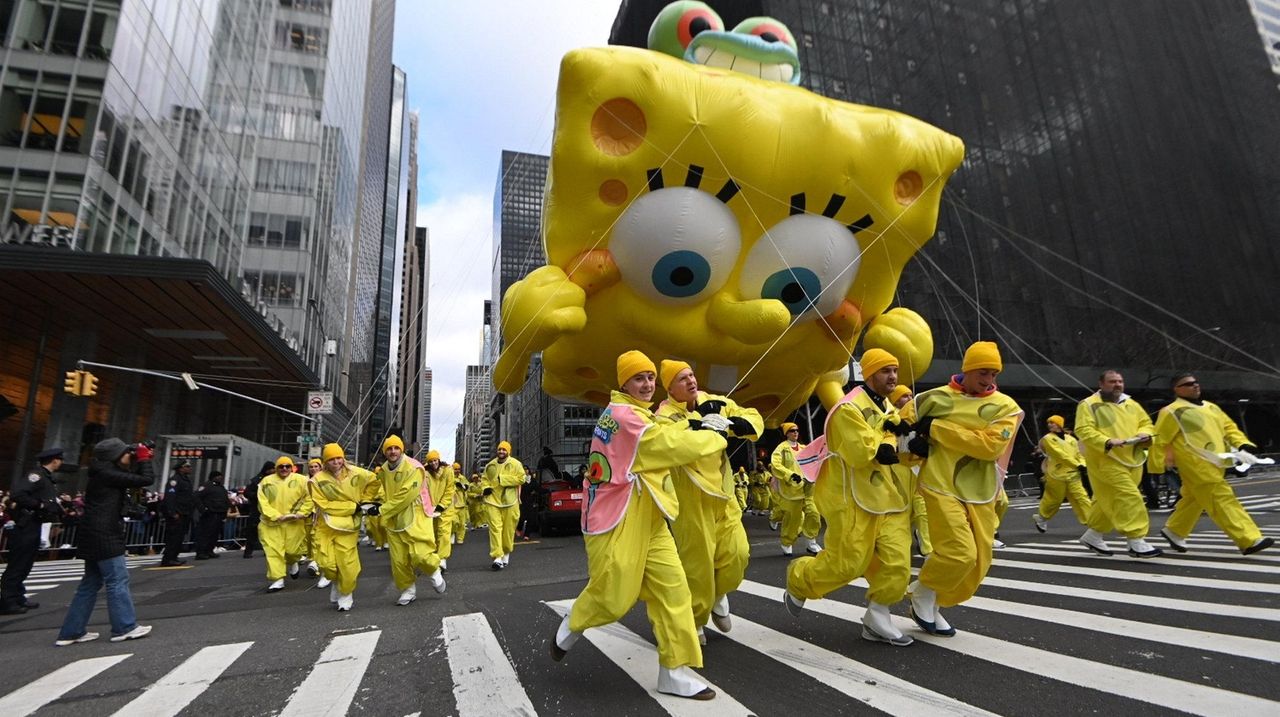 One of New York City's most beloved annual events — the Macy’s Thanksgiving Day Parade — won't have live spectators and will be significantly pared down this year due to coronavirus pandemic restrictions, New York City Mayor Bill de Blasio and Macy’s officials announced Monday.

It is the latest large-ticket New York City event to be affected by the pandemic. The New York City Marathon and the St. Patrick's Day Parade, along with the Pride March and Puerto Rican Day, are a few of the quintessential city events canceled this year.

The traditional 2.5-mile Thanksgiving Day Parade route — and the huge crowds that gather along it each year — will not be part of this year’s parade, Macy’s officials said. Instead, the event that has kicked off the holiday season for nearly a century will be produced over two days in a one-block stretch of 34th Street, in front of Macy’s flagship store in Herald Square, for broadcast on television and online.

"It will not be the same kind of parade we're used to," de Blasio said during a news briefing at City Hall. "It will be a different kind of event; they're reinventing the event for this moment in history and you will be able to feel the spirit and the joy of that day on television, online. Not a live parade but it will be something that really gives us that warmth and that great feeling we have on Thanksgiving Day."

The parade, which will include live and recorded segments, will be broadcast as usual from 9 a.m. to noon Eastern time on NBC, Macy’s officials said.

The public balloon inflation event that occurs on the Upper West Side on the eve before Thanksgiving has been canceled, Macy’s officials said, but the marching bands, floats and giant balloons that are a signature of the 94-year-old parade are not.

The 80 to 100 handlers who guided SpongeBob SquarePants, Astronaut Snoopy, the Grinch and other giant balloons down Central Park last year will be replaced by specialized vehicles that have been tested and approved by the New York City Department of Transportation and the NYPD, Macy’s officials said.

De Blasio said Macy’s successfully reinvented its traditional Fourth of July fireworks show this year by replacing a big one-night spectacle with a series of smaller fireworks displays. He praised the organizers for taking similar steps to retain the charm of the event while promoting social distancing and safety during the coronavirus pandemic.

"While it will certainly look different in execution, this year’s Macy’s Parade celebration will once again serve its historical purpose — to bring joy into the hearts of millions across the nation," said Susan Tercero, executive producer of the Macy’s Thanksgiving Day Parade.

High school and college marching bands that had been invited to perform will be deferred until 2021, organizers said, and most of the performers will be locally based to minimize travel. The number of people participating in the parade will be reduced by 75%. Participants will be required to wear face coverings and other personal protective equipment as well as practice social distancing.

"Under the unique challenges of these unparalleled times, we felt it was important to continue this cherished holiday tradition that has been the opening act to the holiday season for generations of families," Tercero said.

The parade, which ends with the arrival of Santa Claus in Herald Square, began in 1924 when a group of Macy’s employees dressed in clown costumes played musical instruments, rode on floats and walked animals borrowed from the Central Park Zoo along a two-block route to kick off the holidays. The giant balloons replaced the zoo animals in 1928.

The parade was suspended from 1942 to 1944 due to World War II, because rubber and helium were needed for military purposes.

De Blasio said this year’s format will provide the same holiday cheer that the Macy’s Thanksgiving Day Parade has offered New Yorkers in the past, but he hopes the coronavirus doesn’t loom over the 2021 parade.

"We'll keep going forward and then next year, again, I look forward to things coming back in all their greatness so we can enjoy them together in person again," de Blasio said.