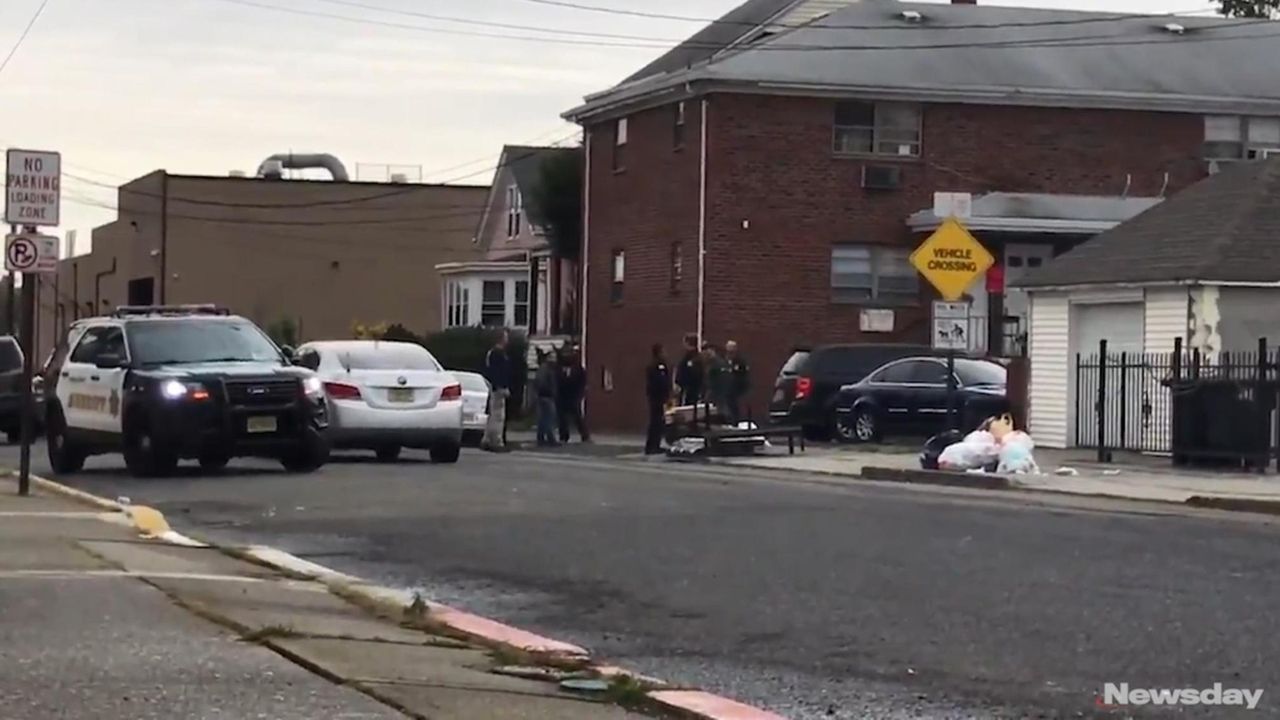 Sayfullo Saipov, the suspected terrorist in the lower Manhattan attack, lived across the Hudson River in Paterson, New Jersey, with his wife and three children, sources said. On Wednesday, Nov. 1, 2017, some of his neighbors spoke about Saipov, describing him as a quiet man, one not known for a neighborly disposition. Credit: Newsday / Stefanie Dazio / Rachelle Blidner

In the neighborhood where he and his family lived, he was described Tuesday as a quiet man, one not known for a neighborly disposition.

Moe Ali, 17, who lives about a block away from Saipov, said sometimes he’s seen the native of Uzbekistan on the street. Instead of greeting him with a hello, Ali said, Saipov would just keep going.

“He doesn’t say what’s up,” Ali said. “He’s not polite. Everybody out here, we all know each other. . . . He would just walk and put his head down. That’s not normal anywhere.”

The man authorities said is a lone-wolf ISIS-inspired terrorist who drove a rental truck through a lower Manhattan bike path Tuesday afternoon, killing eight and injuring 11 more, came to the United States in 2010.

Saipov, 29, had previously lived in Tampa, Florida, and the Cincinnati, Ohio-area, according to law enforcement sources.

He started a trucking company in Florida, according to The Washington Post.

He also started two companies in Ohio: In 2013, he registered Bright Auto LLC, in Cuyahoga Falls with the state. In 2011, he had started another company, Sayf Motors Inc. in Cincinnati, according to the Ohio Secretary of State’s website.

Saipov has driven for Uber for over six months, the ride-hailing company said, according to The Associated Press.

Dilnoza Abdusamatova, 24, an Ohio woman, told The Washington Post that Saipov — whose father was friends with hers — stayed with her family in Cincinnati for two weeks when he first arrived in the U.S.

“He was really calm,” Abdusamatova told Cincinatti.com. “He always used to work. He wouldn’t go to parties or anything. He only used to come home and rest and leave and go back to work.”

Kobiljon Matkarov, an Ohio resident originally from Uzbekistan, told the Tampa Bay Times in Florida that he met Saipov — who until about three years ago had lived in Fort Meyers, Florida — several years ago.

Saipov persuaded Matkarov to become a truck driver, he told the paper, and he remembered Saipov as “very friendly.”

Saipov has been cited for traffic infractions in the past, according to public records, including when he was pulled over by police in Pennsylvania in 2015.

He pleaded guilty to two traffic citations, but the penalty was unclear.

According to Cleveland.com, Saipov’s marriage license was issued on April 12, 2013, and lists his occupation as a truck driver. The license was filed in Summit County Probate Court says he lived at in an apartment on Americana Drive with his wife, Nozima Odilova, who was 19.

Their marriage was officiated at their apartment by someone named “Abdulloh,” according to the license.

Mayor: NYC bike path attack was ‘cowardly act of terror’Officials called it the worst terrorist event in New York City since Sept. 11, 2001, when the World Trade Center towers — just blocks away from Tuesday's attack — came crashing down. NYPD cop from LI hailed as hero for stopping attackerWhat more mayhem the terror suspect could have committed, nobody knows — thanks to an NYPD officer from Long Island. Attack witness: We thought it was a Halloween prankChaos erupted Tuesday afternoon in the shadow of the World Trade Center.On a beautiful fall ... U.S., world leaders respond to Manhattan attackAfter the attack in Manhattan on Tuesday, leaders around the nation and the world responded. ...