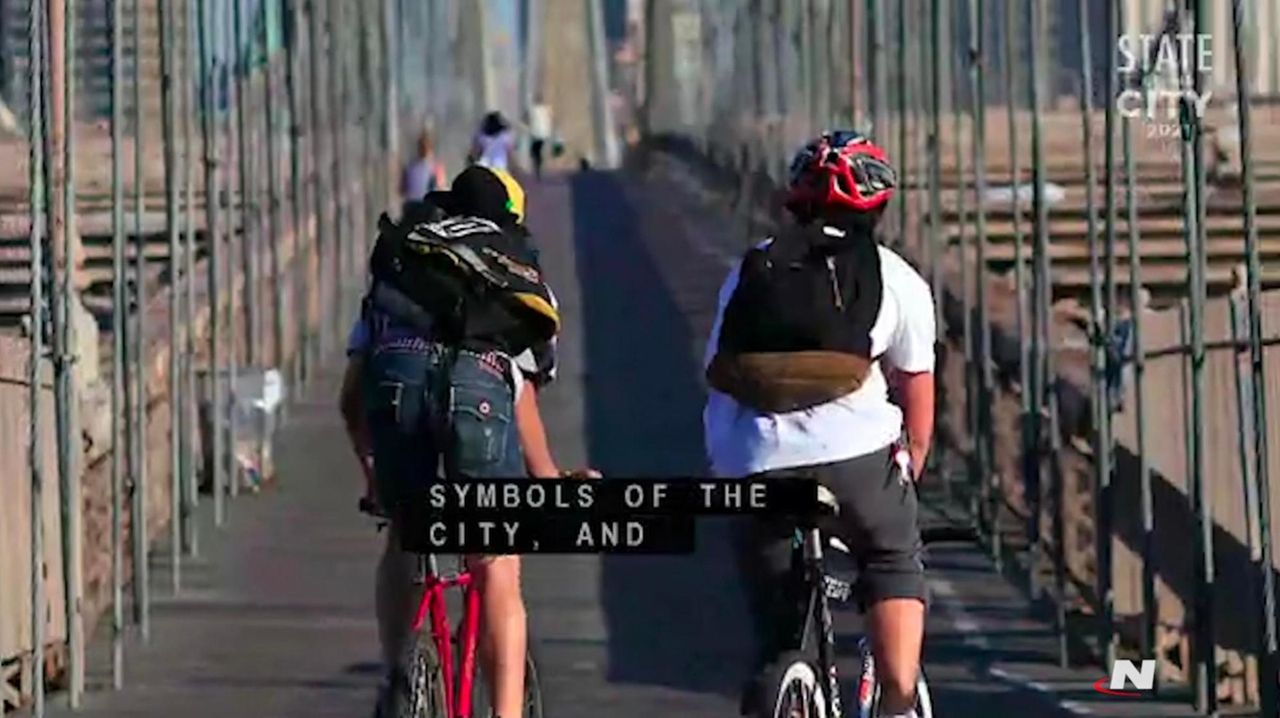 Mayor Bill de Blasio outlined for the final year of his mayoralty on Thursday that one of his initiatives is to have new bicycle-only lanes on certain bridges into Manhattan. Credit: NY Mayor's Office

The NYPD’s civilian watchdog would get more power to investigate cops; automobiles would be banned from new bicycle-only lanes on certain bridges into Manhattan; and in May, the rest of the city’s full workforce will start returning in person, Mayor Bill de Blasio said Thursday night.

In his eighth and final annual State of the City address, de Blasio set out the agenda for his last year in office — chiefly, helping resuscitate a metropolis battered by the coronavirus pandemic — and is renewing a theme that swept him into office in 2013: reducing inequality and a "Tale of Two Cities."

That was the Dickensian slogan de Blasio, a Democrat, used during his bid for mayor when he cast the city as bifurcated between rich and poor, black and white.

"Let me tell you a tale of a new city," de Blasio said, riffing off that slogan, promising that New York City would recover, as it had from the Great Depression, the fiscal crisis of the 1970s, the 9/11 terror attacks, the Great Recession of 2008 and Superstorm Sandy in 2012.

"There were times before when we were laid low, when so many naysayers said New York City's best days were over," he said in a speech called "A Recovery for All of Us," adding: "And yet New York City fought back. New York City found a way. New York City made something better each and every time. And where did it take us?"

Among the mayor's goals, which he described in a 28-minute video he narrated that was streamed online instead of the traditional State of the City speech before hundreds:

Charles Holmes, dedicated Bay Shore firefighter, dies at 92
Cuomo: NY pushing toward reopening, agreeing to limit COVID-19 powers
Ann Marie Drago sentenced to 9 months in jail in death of anti-gang activist
How to get a COVID-19 vaccine appointment
3:19 UBS Arena: What we know so far about the Isles' new home
44:58 Panel: Standardized tests must inform instruction
Didn’t find what you were looking for?