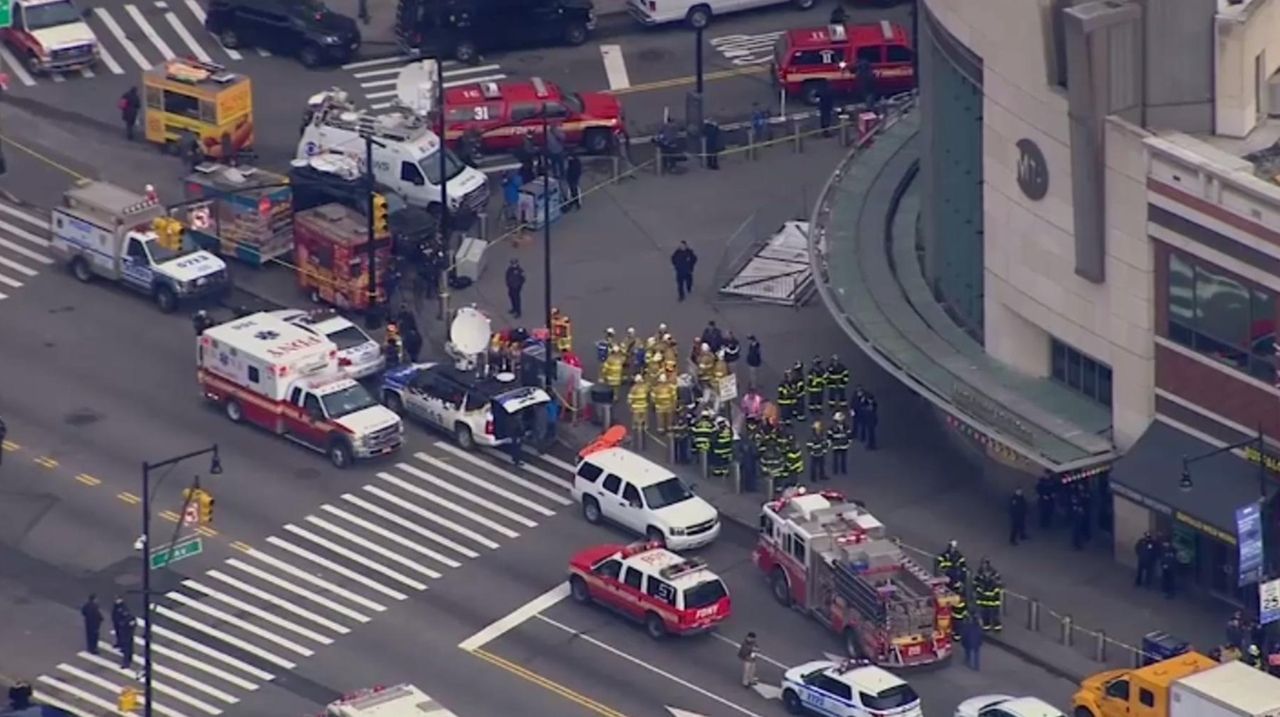 A Long Island Rail Road train hit a bumper block at the end of the track and derailed at Atlantic Terminal in Brooklyn, causing at least 103 injuries, none of them life-threatening, officials said on Jan. 4, 2017. Credit: News 12 Long Island

The latest LIRR train accident — the second in less than three months — has raised new concerns about the railroad’s safety practices.

“Ensuring safe operation must be the top priority of the LIRR, and we urge the Rail Road to do all that is possible to further the investigation of this incident and make its results available and apply them to enhance the safety of passengers and crew members,” LIRR Commuter Council Chairman Mark Epstein said in a statement. “The LIRRCC restates its call for the LIRR to investigate and employ operational measures, technologies, and systems to reduce the risks of injury resulting from terminal collisions.”

On Oct. 8, an eastbound Huntington train derailed after it struck a work train that errantly went onto the same track, injuring 33 people. Officials said the accident was caused by a track switch left in the wrong position. Fifteen months earlier, two trains sideswiped each other near Jamaica after an engineer violated a stop signal.

While the potential for mechanical failures always exists, Moriches railroad safety expert Carl Berkowitz said “one of the things that the Long Island Rail Road does well is it maintains its trains.”

Improved maintenance practices have resulted in LIRR trains suffering fewer mechanical failures in recent years than at any time in the railroad’s 183 history, according to railroad records. In 2015, the records state, the LIRR’s fleet of trains averaged 208,000 miles between failures, as compared to 52,000 miles in 2005.

Despite the recent accidents, the LIRR’s customer accident rate has steadily declined in recent years. From November 2015 to October 2016, the LIRR averaged 2.87 customer injuries for every 1 million customers it carried. That was down from 4.23 injuries for the same period between 2014 and 2015, and 5.51 in the previous year.

“In general, safety is the focus of everything we do,” LIRR spokesman Aaron Donovan said Wednesday. “We’re always looking to improve our safety records.”

The railroad has embarked on several safety initiatives in recent years that aim to reduce the number of train accidents, including the installation of cameras in engineer cabs and facing outward on all trains, testing engineers for sleep disorders, and installing state-of-the-art positive train control technology throughout the LIRR system. But none of those measures are in place yet, and could take years to be complete.

A Brooklyn-bound Far Rockaway crashes through a bumping block at the end of the tracks at Atlantic Terminal, injuring more than 100 passengers, but none seriously.

An eastbound LIRR work train moves into the path of a Huntington-bound passenger train just east of New Hyde Park, injuring 33 people — four of them seriously.

Two passenger trains going in opposite directions sideswipe each other just west of Jamaica station during the evening rush. The LIRR later said one engineer failed to obey a stop signal.

Two westbound trains bump each other as they pull out of Jamaica Station during the morning rush hour. Five passengers suffer minor injuries. LIRR officials said one of the engineers missed a stop signal and sideswiped the other.