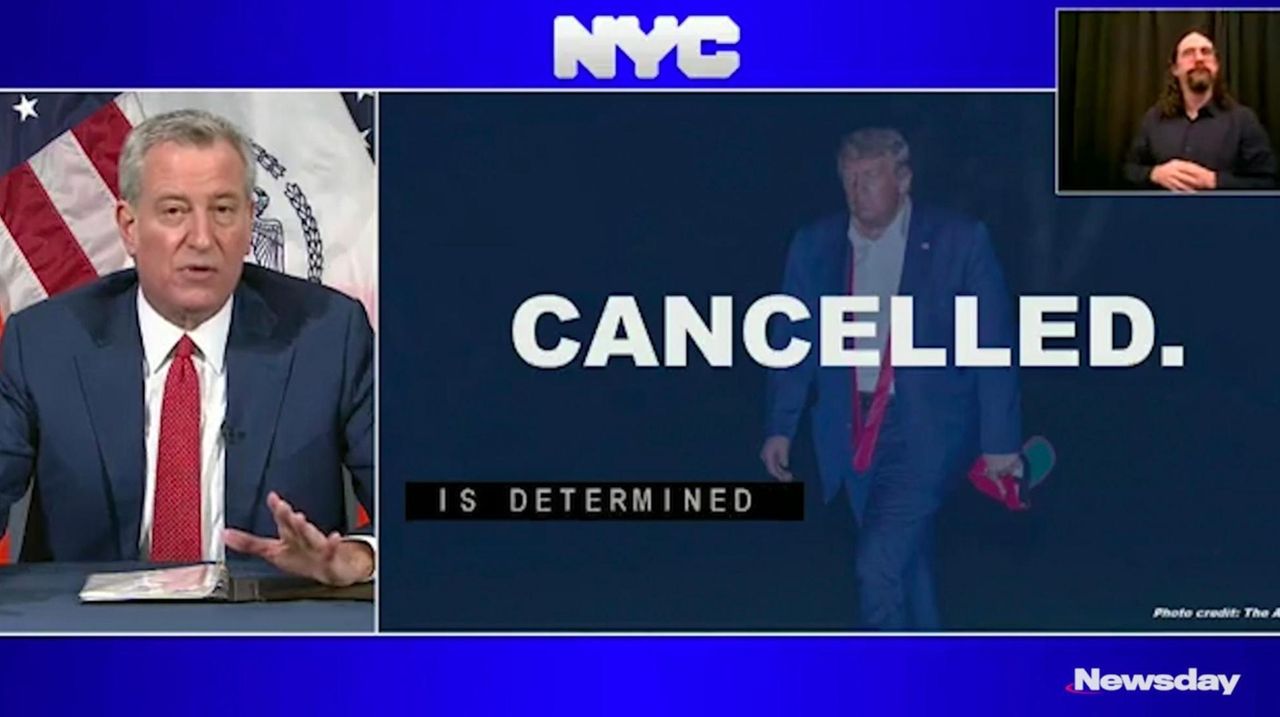 The contracts, which de Blasio's office had years ago said were worth hundreds of millions of dollars, include two ice skating rinks at Central Park, the Central Park Carousel and the Trump Golf Links at Ferry Point in the Bronx.

The process to terminate the Ferry Point golf course contract is "more detailed" than that for the currently closed carousel, and the Wollman and Lasker Rinks, according to a news release de Blasio's office sent soon after the mayor's appearance.

The carousel and rinks contracts are expected to be terminated one month after notice is given, while the Ferry Point contract "is expected to take a number of months," the release said.

De Blasio said on MSNBC that he expects the move would be challenged in court but, he said, "We’re on strong legal ground."

Later, at his morning news conference Wednesday, de Blasio cited provisions of the contracts covering criminality — which he said applied to Trump in connection with the Capitol riot.

In 2015, de Blasio's office said the city could not legally sever its contracts with the Trump Organization over Trump's remarks about Mexicans.

At the time, de Blasio had ordered a review after Trump, then a long shot candidate for the GOP presidential nomination, made a speech suggesting murderers and rapists were rife among Mexicans who enter the United States.

"We reviewed the city's existing contracts with Donald Trump and found no legal way to cancel these contracts," Monica Klein, a de Blasio spokeswoman, said at the time. "In the future, however, the mayor said he would not go out of his way to do any business with Mr. Trump."

A representative for the Trump Organization did not respond to a request for comment Wednesday.

De Blasio's announcement is the latest example of how the Jan. 6 violence at the Capitol is impacting Trump's business interests.

The PGA of America voted Sunday to take the PGA Championship away from his New Jersey golf course next year, a move that came after social media platforms, within days of one another, disabled Trump’s accounts and Shopify took down online stores affiliated with him.

De Blasio's top lawyer, James E. Johnson, cited the PGA's decision, arguing that Trump's city golf course is now less likely to attract a tournament, which is called for in the contract with the city.

"With the cancellation of his contract with the PGA," Johnson said, "we’re entitled to and are invoking our provisions, our right to declare him in default."