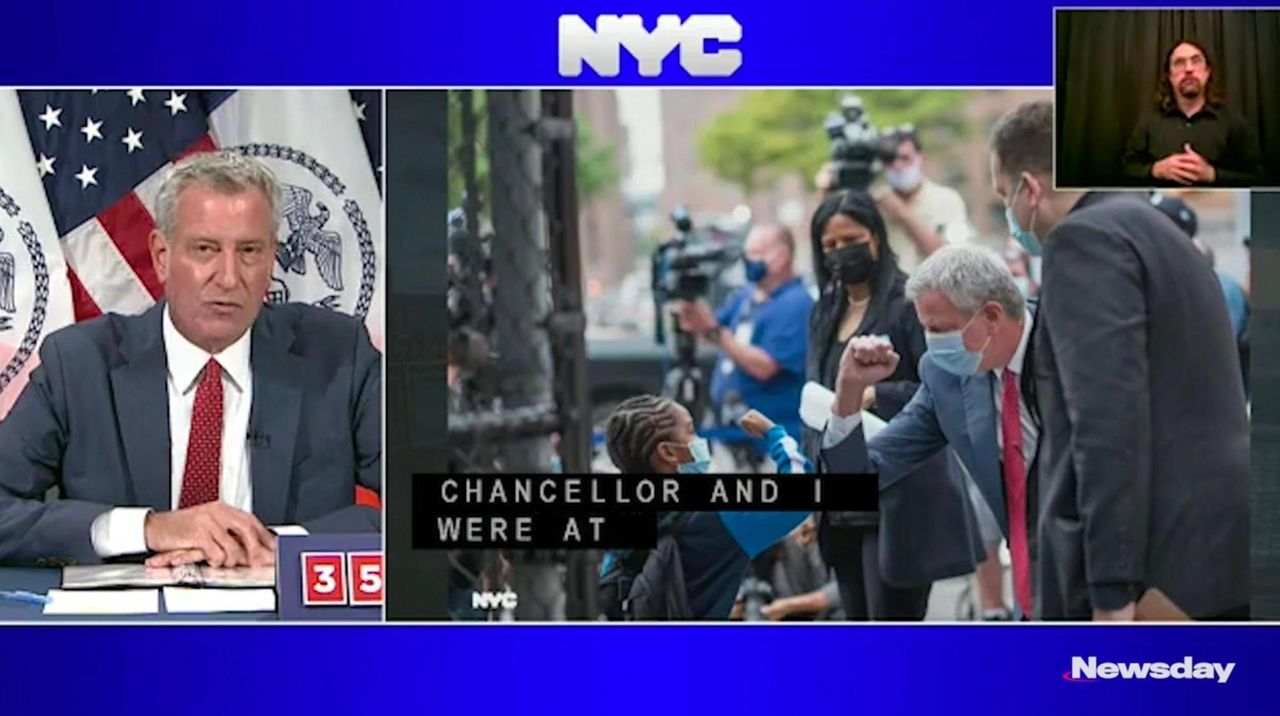 Kindergarten through eighth grade public school buildings in New York City reopened Tuesday for in-person learning, the first time since closing in March due to the coronavirus pandemic.

The rest of the system, including all high schools, are to reopen Thursday.

There are now about 300,000 students back in school, according to Department of Education spokeswoman Miranda Barbot. By Thursday, when all grades are back, there will be about 520,000, she said.

Dismissal had just finished across the city Tuesday when the United Federation of Teachers, the labor union representing teachers, demanded that the city consider closing about 80 schools in the nine ZIP codes in Brooklyn and Queens that are experiencing an upswing of COVID-19 infection rates.

"The city can’t sit by and let the virus spread in these or other ZIP codes for days until it drives the overall city rate above the seven-day threshold," Michael Mulgrew, the union president, said in the news release.

"We have advised the city that if infection rates in these areas cannot quickly be contained and reduced, the city must adopt a strategy to close public facilities — including the more than 80 public schools — in these hard-hit neighborhoods," Mulgrew said. "We cannot put the entire city at risk by allowing COVID rates to rise."

Mayor Bill de Blasio, who announced Tuesday that Sunday COVID-19 tests returned a positivity rate of 3.25%, has said the school system, which has 1.1 million students, would again close if the citywide positivity average over seven days reaches 3% or higher.

"It’s a momentous decision, obviously, and we wanted it to be based on consistent information. So, from the very beginning, I said, seven-day rolling average," de Blasio said.

The mayor, speaking at his daily news conference, said parents of students would soon receive consent forms for mandatory, regular testing. The testing is planned for a random sample of students and staff every month, to gauge the rate of coronavirus cases and guide decisions to isolate, quarantine and potentially re-close schools.

About half of students are doing online-only learning, based on their families’ wishes, the city has said. Even those who have opted for in-person instruction will be doing a hybrid syllabus, due to staffing shortages and the need for social distancing that thins each classroom's maximum head count.