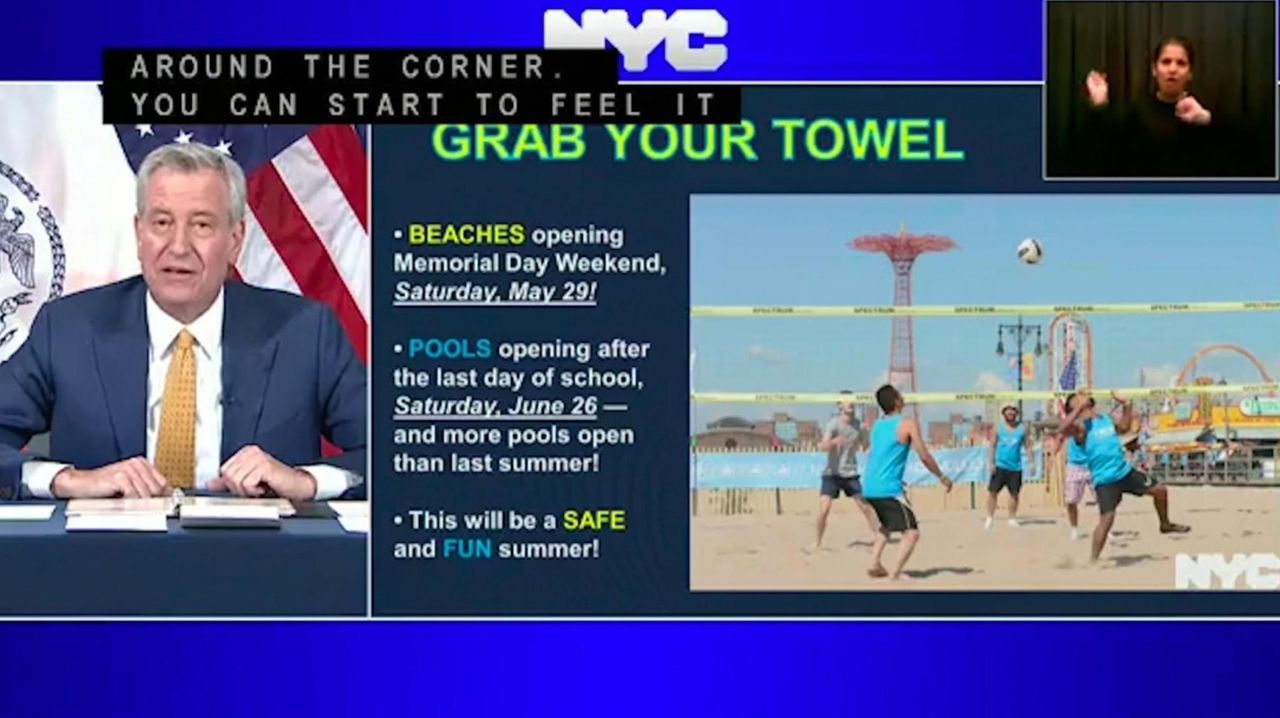 State-mandated restrictions, including required physical distance between groups, will remain in place, de Blasio said. But those rules could be relaxed later into the summer, the mayor said, as more people are vaccinated and if the coronavirus infection rate declines.

"I won’t be surprised if over the course of the summer, there’s ways of doing things differently and, you know, giving people a little more freedom," de Blasio said, speaking at his daily coronavirus news conference.

He added that "we still have a ways to go" between now and the opening of beaches.

"We’re gonna constantly watch the data and the science, and if things continue to improve, you know, hopefully, we can relax some of those rules," he said.

Last year, the city delayed swimming at beaches, a policy that led municipalities on Long Island to limit their beaches to locals. The municipalities said they feared a surge of city residents.

Derek Poppe, a Suffolk spokesman, said that the county-controlled beaches would open by Memorial Day weekend. Greg Blower, a Hempstead Town spokesman, said beaches would reopen by that weekend, and last year's limits to Nassau residents would remain until the state rescinded its distancing mandate. Long Beach, whose government voted on the schedule Tuesday night, is planning to open beginning that weekend, too, as is Southampton, according to town parks director Kristen Doulos.

Lifeguards will be on duty from 10 a.m. to 6 p.m. daily. Swimming is prohibited at any other time.

Gov. Andrew M. Cuomo announced plans for the return of the Bethpage Air Show at Jones Beach for Memorial Day weekend, at 50% ordinary capacity. Last year's show was canceled due to the pandemic.