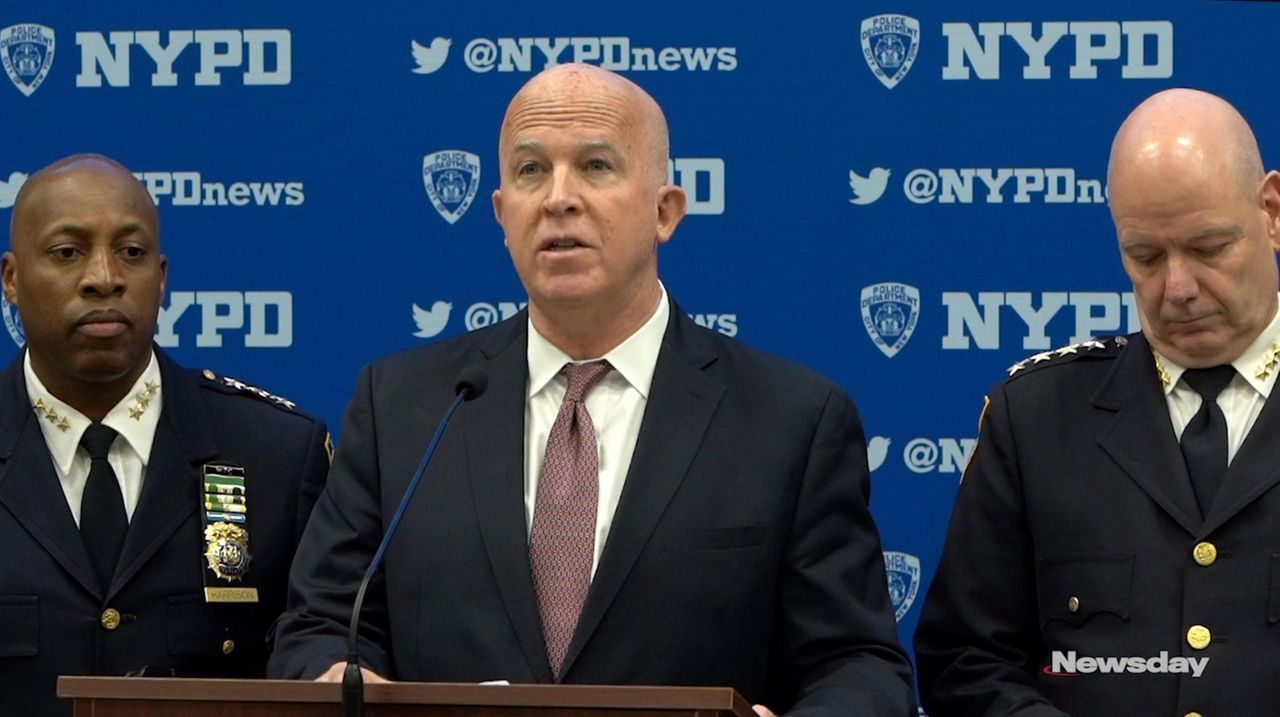 The NYPD will deploy thousands of uniformed cops and more than 600 vehicles to safeguard the 50,000 runners and millions of onlookers at Sunday's 49th New York City Marathon, officials said.

Briefing reporters Thursday, NYPD Commissioner James O’Neill said the race, which grew from a miniscule 127 Central Park runners in 1970 to a veritable army of athletes from around the world in 2019, will get the full treatment from the department’s counterterrorism unit.  Even police drones will be pressed into service to monitor the 26.2-mile five-borough race.

Cops will also be able to use counter-drone technology to intercept and neutralize any errant drones that try to penetrate the race route, O’Neill said.

“Despite the growth we have seen over the last half-century, the men and women of the NYPD are more than prepared for it,” the police commissioner said.

Not only will the NYPD look out for the runners, the department will have a heartfelt connection to the marathon.

Officials said that among those taking on the grueling course will be Lisa Tuozzolo, wife of slain NYPD Sgt.  Paul Tuozzolo , 41,of Huntington, who was shot dead in 2016 by a suspect in the Bronx.

Lisa Tuozzolo, a mother of two young boys, will be accompanied during a portion of the race by members of the Silver Shield Foundation, said NYPD Chief of Department Terence Monahan, adding that he will join her for the first three miles of the race over the Verrazzano-Narrows Bridge.

The Manhattan-based Silver Shield Foundation provides educational support for the children and spouses of officers and firefighters who die in the line of duty. Others accompanying Tuozzolo in the race will be officers from the Nassau and Suffolk county police departments as well as New York State Police troopers, Monahan said.

After crossing the bridge, Monahan said he would go the finish line in Central Park to greet Tuozzolo and the other runners.

Along the route, Tuozzolo and other runners will pass a perimeter set up by the NYPD and secured by more than 100 trucks filled with sand as well as 500 blocker cars and concrete blocks stationed at intersections, said Chief James Waters, head of the department’s counterterrorism unit.

Some 300 additional cops from housing and transit commands who have been trained by the counterterrorism command will also be pressed into service for the race, Waters said. School safety officers will greet runners at the start and finish of the race, he said.

NYPD nuclear and explosive detection teams will be out in force, along with specially trained dogs, officials said.

Streets intersecting the route will be closed with no cross traffic allowed during the race, O’Neill said. The upper level of the Verrazzano-Narrows Bridge will also be closed hours before the 8:30 a.m. start time.

Deputy Commissioner John Miller, who oversees the NYPD intelligence and counterterrorism operations, said the killing of ISIS leader Abu Bakr al-Baghdadi had no impact on security preparations for the marathon.

"It is not going to affect us," Miller said. "We are already at the highest levels.”