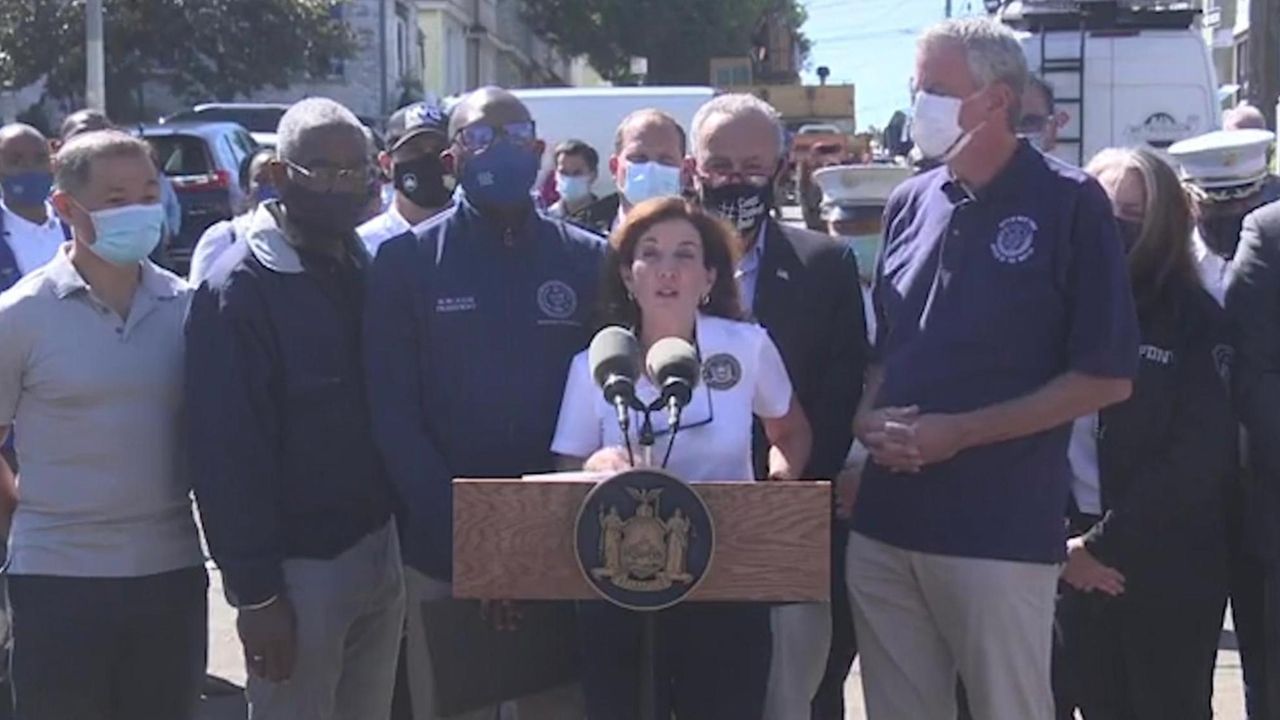 Never had the National Weather Service sent even a single flash-flood emergency for the New York City area — an alert that a violent, sudden and life-threatening flood is imminent.

Five of the alerts went out Wednesday night.

In less than three hours, there was record rainfall from the remnants of Hurricane Ida, the deluged subways had to be shut down, and at least 13 people died in the city — many drowned in basements or trapped in cars on the road.

"There were more fatalities from flooding in and around New York City than there had been in all of Louisiana when Ida made landfall," said Dominic Ramunni, a weather service meteorologist based in Upton.

Of the deaths, 11 were in Queens, and two in Brooklyn, Chief Rodney Harrison, the NYPD’s chief of department, said Thursday at a news conference. He said the NYPD has compiled a list of neighborhoods that sustained the worst flooding, and that cops have been going door to door in case there are more people who are trapped.

"Hopefully there isn’t any more," he said.

Twenty-five families had to be relocated, 496 vehicles were abandoned, and there were 69 water rescues, he said.

Among those rescued from the water, according to the NYPD’s chief of the special operations division, Harry Wedin: an 88-year-old woman with dementia and a 94-year-old man who had developed hypothermia.

On Thursday morning, down the street from a house in Hollis, Queens, where floodwaters had punched a hole in the side of a house and trapped and drowned a mother and son in a basement apartment, Gov. Kathy Hochul, Mayor Bill de Blasio, U.S. Sen. Chuck Schumer and others cautioned that storms such as Ida are increasingly common due to climate change.

As the politicians spoke, the victims’ family and friends could be heard wailing nearby.

"We're still uncovering the true depth of the loss — the human loss — which is hard to imagine, that people simply in their cars, in their homes, in their basements, succumb to the ravages of a brutal storm, and their families must just be in such pain this morning," she said.

Hochul, lamenting the overnight's "record-shattering rainfall," said the next frontier for fortifying the region against storm risk is "drainage shortcomings in our streets," particularly where subway stations could flood and endanger the system and its passengers.

The subway system, which dates to 1904, had to be shut down Wednesday evening as stormwater surged into stations and onto platforms. Harrison said that more than 800 subway passengers had to be evacuated. With no way to get home, and peril at street level, some straphangers slept in the stations overnight.

The downpour set a record at LaGuardia Airport, which saw "the wettest day on record," 6.8 inches Wednesday night, beating the prior record set April 15, 2007, of 6.69 inches, Ramunni said.

The breadth of the downpour was immediately evident to Ragendra Shivprasad, 71, landlord to the mother and son who died in Hollis.

Soon thereafter, just seconds, he estimated, his tenants were gone.

"I said, ‘Where’s your wife? Where’s your son?’ " Shivprasad recalled saying to a man who survived. Shivprasad said he was told: "They’re down there."

There was talk of trying to rescue the two. But Shivprasad urged against the idea: "You can’t go in there. If you go in there, you die."

LI dries out from Ida's historic rainfall as Biden pledges aid for the hard-hit NortheastThe storm had weakened since cutting a swath through the Southeast as a hurricane but had enough punch to dump up to 9 inches of rain in some places on Long Island.