Darren Drake of New Milford, New Jersey worked at the World Trade Center and was the “gentlest soul.”

Nicholas Cleves, a Manhattan software engineer, “found joy in everything.”

Stories began to emerge Wednesday of those local residents and six foreign tourists — killed Tuesday afternoon when a suspected terrorist drove a pickup truck down a popular bike path in lower Manhattan.

Drake, 33, worked as a program manager at Moody’s in the World Trade Center. His usual break from work after losing 93 pounds from gastric bypass surgery was to grab a Citi Bike and go for a ride, the family said. 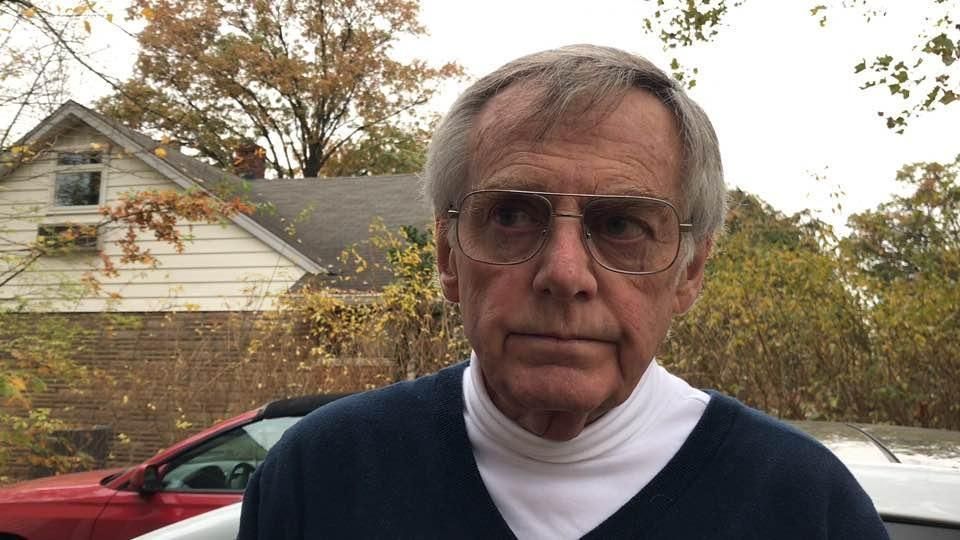 Jimmy Drake, 73, lamented the loss of his son Wednesday on the path off the Hudson River, calling him his best friend.

“He’s probably the gentlest soul you’d ever meet in your life,” the father said.

Darren Drake grew up in New Milford and moved back in with his parents after time away getting his undergraduate degree in political science at Rutgers and an MBA from Fairleigh Dickinson University in Teaneck. He was working toward another master’s degree from Stevens Institute of Technology in Hoboken.

At the family dinner table, father and son held nightly debates over whether the Jets or Giants were the superior football team, Jimmy Drake said.

He called his son a “company man” who worked long hours to deal with foreign markets, and described him as “a sincere, down-to-earth, fun-loving, open-to-challenges intellectual.”

Jaime Westervelt, 62, started crying as she told reporters she watched Drake grow up. She lives two doors down and her son, Jonathan, played with Drake when they were kids.

“He had such a wonderful spirit,” Westervelt said. “He always had a smile on his face. He was a great person.”

Michael Polizzi, New Milford’s school superintendent, said Darren Drake graduated from New Milford High School in 2003, and served on the district’s Board of Education following his election in April 2009. He resigned for personal reasons in June 2013.

“He was a big man with a soft touch and a big heart,” Polizzi said. 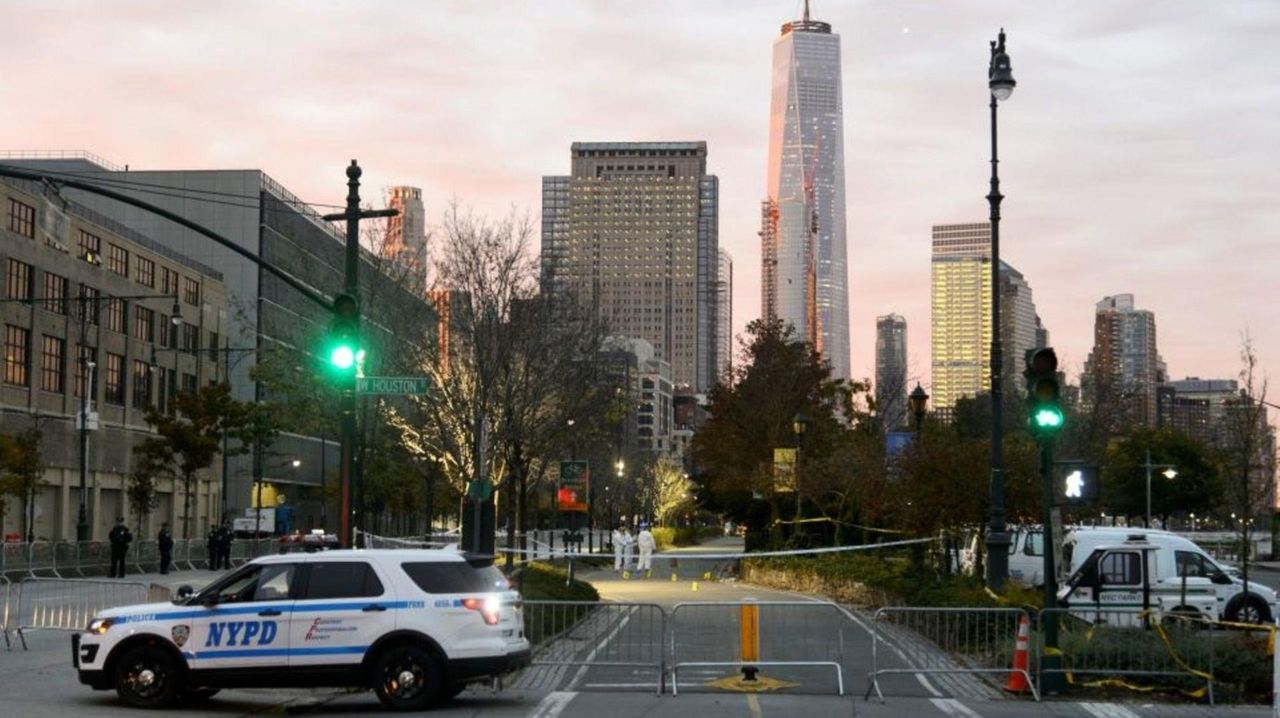 Manhattan terror attack, Day 2 developments On Wednesday, Nov. 1, 2017 Newsday followed the developments in the case of the terror attack in Manhattan. On Tuesday, Oct. 31, 2017, Sayfullo Saipov, a legal permanent resident of the United States who came from Uzbekistan, drove a rented truck onto a bike path, killing 8. Credit: Newsday staff

Friends of Cleves, 23, remembered him Wednesday as good-natured and friendly.

He was “smiling all the time — very kind person, very humble person,” said Julio Gonzalez, 33, manager of Brooklyn Fare, a Greenwich Village market where Cleves was a regular. “He would to talk to everybody, no matter who it was.”

“This is the kind of person every mother, every parent wants their child to be,” said Diane Cohen, Brooklyn Fare’s in-house baker, of Cleves. “He was smart, funny, kind and just a decent human being.”

Cohen said Cleves attended Elisabeth Irwin High School and went to Skidmore College. She said he worked from home as a software engineer and was an avid bicyclist.

Jim Burnham, who identified himself as a friend of Cleves’ family, told reporters that family members could not comment.

“The family is bereft at this time and grieving, just as all of you would be if this had happened to you in such a tragic event,” Burnham said. “Nicholas Cleves was a fine young man starting out a successful career, struck down way earlier than he should have been.”

Three decades had passed since their 1987 graduation from the Polytechnic School of Rosario, Argentina.

But the Argentine victims of Tuesday’s attack, most of them architects, had remained close friends, getting together several times a year.

The five dead were among a group of 10 friends marking their graduation by touring New York and Boston, where at least one survivor of the group lived.

Another classmate, Martin Ludovico Marro, of Newton, Massachusetts, near Boston, was injured and being treated at a Manhattan hospital.

Argentina’s consul in New York, Mateo Estreme, told the La Capital newspaper in Rosario that the survivors in the group were in a state of shock.

“This was supposed to be a party, not a tragedy,” Mariano Mendoza, brother of victim Hernán Mendoza, told La Capital.

“They seem to be appreciative of an assurance of God’s love and mercy and healing,” Dolan said afterward. “That’s all they want.”

“She was on a city trip with her two sisters and her mother. They were with Ann-Laure at the time of the attack but are fortunately unharmed,” Naessens said in a statement. “Ann-Laure . . . was a fantastic wife and the most beautiful mom to our two sons of 3 months and 3 years old. This loss is unbearable and difficult to understand.”

Decadt belonged to a prominent family that owns an animal feed business in Staden, a town of 11,000 about 60 miles west of Brussels.

The family said she was riding a bike at the time of the attack and was struck from behind. Her husband and children did not travel with her.

Decadt grew up in Staden and was active in its social scene, taking part in the scouts, youth council and village fairs, said Staden’s mayor, Francesco Vanderjeugd.

“Ann-Laure meant so much to us in town,” he said. “It is an attack in New York but also one on our community.”

Flags flew at half-staff in the village.

“We knew her as a very spontaneous person, very dynamic, loving her family and her children,” said Johan Verstervete, a family friend.

Vanderjeugd said he had been delighted when he first heard that Decadt was going to New York. He even sent the family a message saying: “Wow, you’ll have a great time there, with Halloween and the New York marathon and all.”

“And then this happens,” he said.

Trump faults Schumer, ‘diversity’ immigration in attackWASHINGTON — President Donald Trump called Wednesday for an end to the visa lottery program ... NYPD cop from LI hailed as hero for stopping attackerWhat more mayhem the terror suspect could have committed, nobody knows — thanks to an NYPD officer from Long Island. Attack witness: We thought it was a Halloween prankChaos erupted Tuesday afternoon in the shadow of the World Trade Center.On a beautiful fall ... U.S., world leaders respond to Manhattan attackAfter the attack in Manhattan on Tuesday, leaders around the nation and the world responded. ...