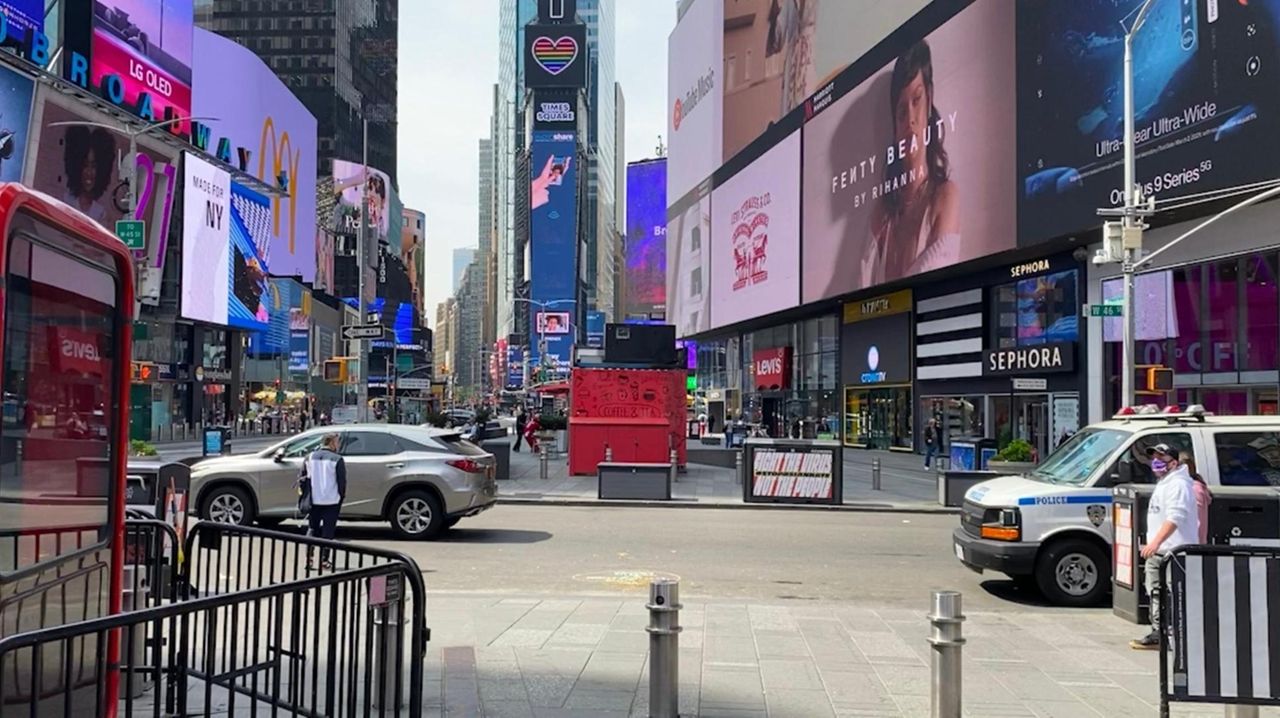 Spending by visitors to New York City dropped by 73% during the coronavirus pandemic, leading to a $1.2 billion decline in tax revenue, according to a report released by the state comptroller’s office. Credit: Newsday / Matthew Chayes

Tourism to the world's top destination in the United States took a devastating hit during the coronavirus pandemic. Visitor spending in New York City dropped by 73% during the pandemic, leading to a $1.2 billion decline in tax revenue, according to a report released Wednesday by the state comptroller’s office.

About 43.7 million fewer visitors came to the city in 2020 compared to a year earlier, ending a 10-year period of growth in tourism to the city, said the report by the comptroller, Tom DiNapoli. That’s a two-thirds decline from the record just a year earlier of 66.6 million visitors.

The dropoff — coming as governments around the world imposed lockdowns to halt the spread of the deadly virus and as the city became the pandemic’s early epicenter — was universally stark.

The city is the world's top tourism destination for international visitors, according to the U.S. State Department.

Among the campaign’s targets will be Long Island. The city, its travel bureau said, will encourage locals to do both day trips and overnight stays.

DiNapoli, speaking about his report in Times Square behind a statue of legendary entertainer George M. Cohan, urged Long Islanders to visit New York City to enjoy theater, museums, the opera and more.

"One of the advantages of living on Long Island is that we live close to the city," said DiNapoli, himself a Nassau County resident. He added: "For people that live on Long Island and Westchester, just think about all the folks who travel from all over the globe ... who want to come to New York City, and here we're next-door neighbors to New York City."

De Blasio has said that he expects the Broadway Theater District to reopen in September.

"The city won't be as busy, so they can get around, get better seats," she said, "and be part of the first to come back and bring this city back together."

2:22
Number of COVID-19 patients in LI hospitals on rise
Landlord RXR to mandate staff get vaccinated
Bellone proposes $100 million to preserve farmland
Pressure mounting for Gov. Cuomo to resign as Jacobs, allies abandon him
Varughese O. Mathai, most recently of Manhasset Hills, dies at 88
Canceled by COVID again: New York Auto Show
Didn’t find what you were looking for?