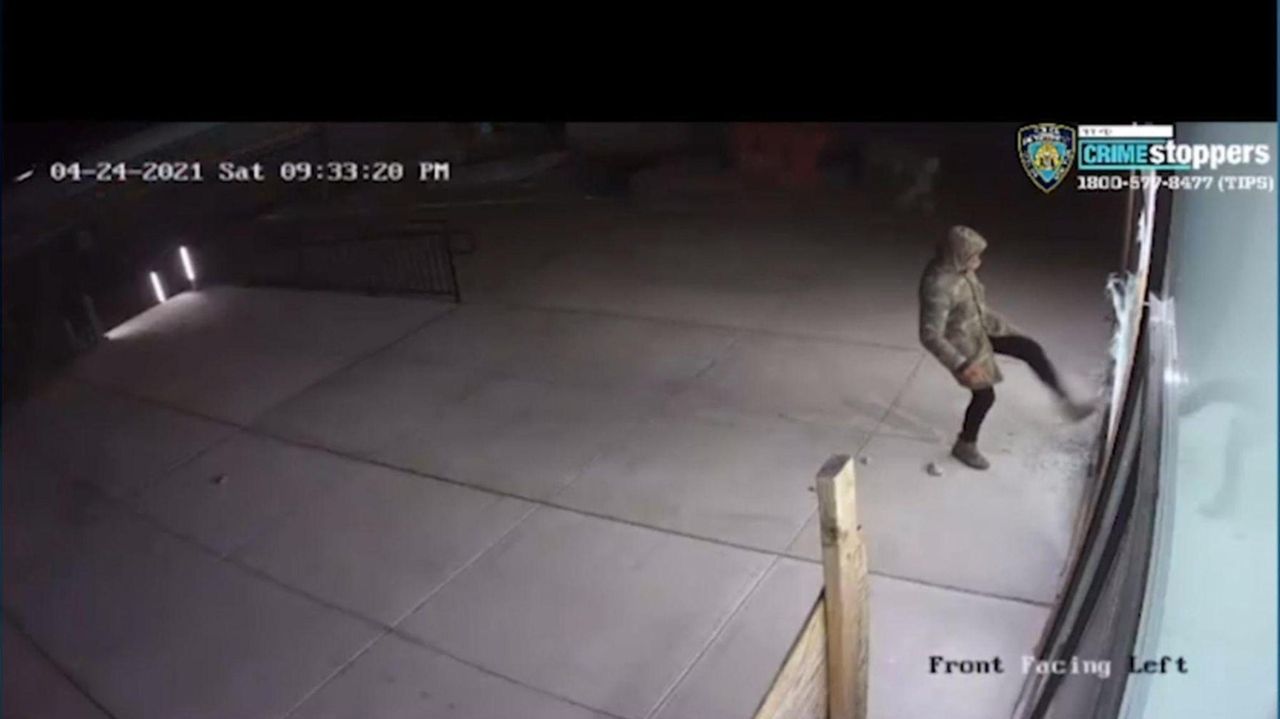 The NYPD says multiple synagogues were vandalized this weekend including the Young Israel of Riverdale Synagogue in the Bronx. Credit: NYPD

NYPD hate crime investigators are scanning surveillance videos and following leads to find suspects in two possible bias crimes over the weekend in the Bronx and Manhattan, officials said Monday.

An Asian-American man was struck from behind Friday at the intersection of Third Avenue and 125th Street in Harlem by an unidentified man who then proceeded to kick him in the head and upper body, according to the NYPD. The attack on Yao Pan Ma, 61, was captured by a surveillance camera at a nearby fast food restaurant and showed the assailant running east on 125th street, investigators said.

Ma, who had spent the day collecting discarded cans and bottles in East Harlem, was taken to Harlem Hospital where he remained in critical condition Monday, police said.

The attack on Ma follows several recent examples of violence allegedly targeting Asian American men and women. In response, demonstrators have decried the attacks with rallies in the city and Long Island, including a March event in Hauppauge that drew hundreds and included speeches from several elected leaders.

In a statement Monday, the New York Chapter of the Council on American-Islamic Relations condemned the attack on Ma and asked for New Yorkers to pray for his recovery.

"We are sickened to learn about another vicious attack on the Asian American community in our city," the statement said. "We ask all New Yorkers to reject hate and to help create a safe and welcoming city for Asian Americans and members of all other minority communities."

In the Bronx, NYPD hate crimes investigators were focused on seven incidents over the weekend, all believed to be related, which center around Jewish institutions and synagogues in Riverdale. Windows were broken in the buildings as well as of nearby unoccupied cars, according to a summary of the attacks put out by the NYPD.

Investigators have solid leads on a possible suspect, said a law enforcement source. The Riverdale incidents are being considered likely anti-Semitic attacks in a neighborhood which has a significant Jewish population, according to the NYPD.