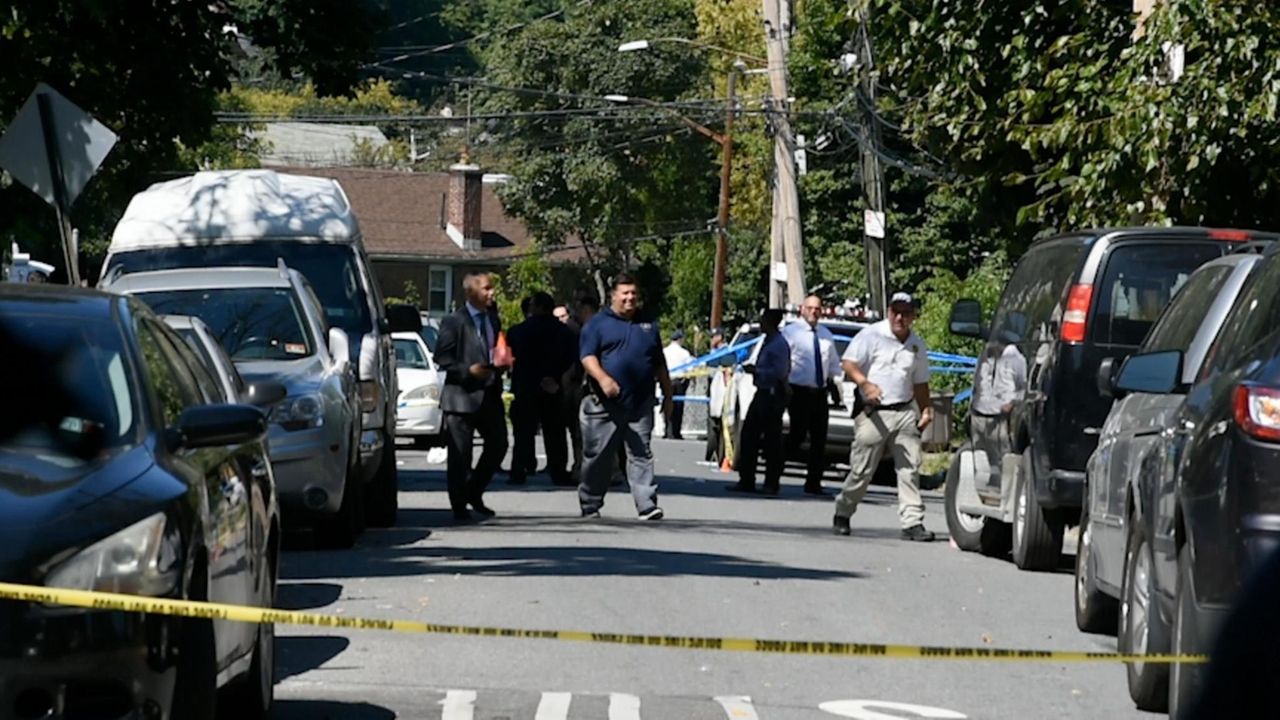 An NYPD officer was shot and wounded in Staten Island on Sept. 17, 2019, shortly before a domestic-violence suspect was shot and killed by police, authorities said. Jennifer Labriola, who lives across the street from where the shooting took place, described what she saw. Credit: Todd Maisel

“Why are you grabbing me?,” asked Edwards, who was seated on a building stoop when an officer tried to arrest him on a domestic violence complaint.

“You’ all don’t do that,” Edwards said before suddenly bolting to run up the stairs as officers tried to stop him, according to video of the Sept. 17  incident.

After officers couldn't stop Edwards with a stun gun, he is seen pulling a handgun from his jacket pocket and firing twice, wounding Officer Vanessa Medina in her left hand, according to the footage. Another officer then fired three times, hitting Edwards twice.

The released footage included images and sound from the body cameras of four officers. Medina's camera had been knocked to the ground in the scuffle with Edwards. The recordings captured a cacophony of voices and sounds as Edwards refused to be arrested.

Immediately after he was shot, Edwards dropped to the ground outside 20 Prince St. and was pronounced dead, said Deputy Chief Kevin Maloney, who narrated a 14-minute video that accompanied the release of the body camera footage. A frame grab in Maloney’s presentation showed what he said was a gun in Edwards' hand.

NYPD Commissioner James O’Neill said in a statement that the video was released after the department last month finalized a policy on releasing body camera recordings. The NYPD was committed to releasing footage of critical incidents within 30 days of when they happened, barring limited privacy concerns and legal restrictions.

Maloney said the videos and other evidence were still being reviewed by the NYPD investigation unit. After the inquiry is complete, the findings will be presented to the first deputy commissioner’s force review board to determine if the shooting by the officer was “consistent with department guidelines,” Maloney said.