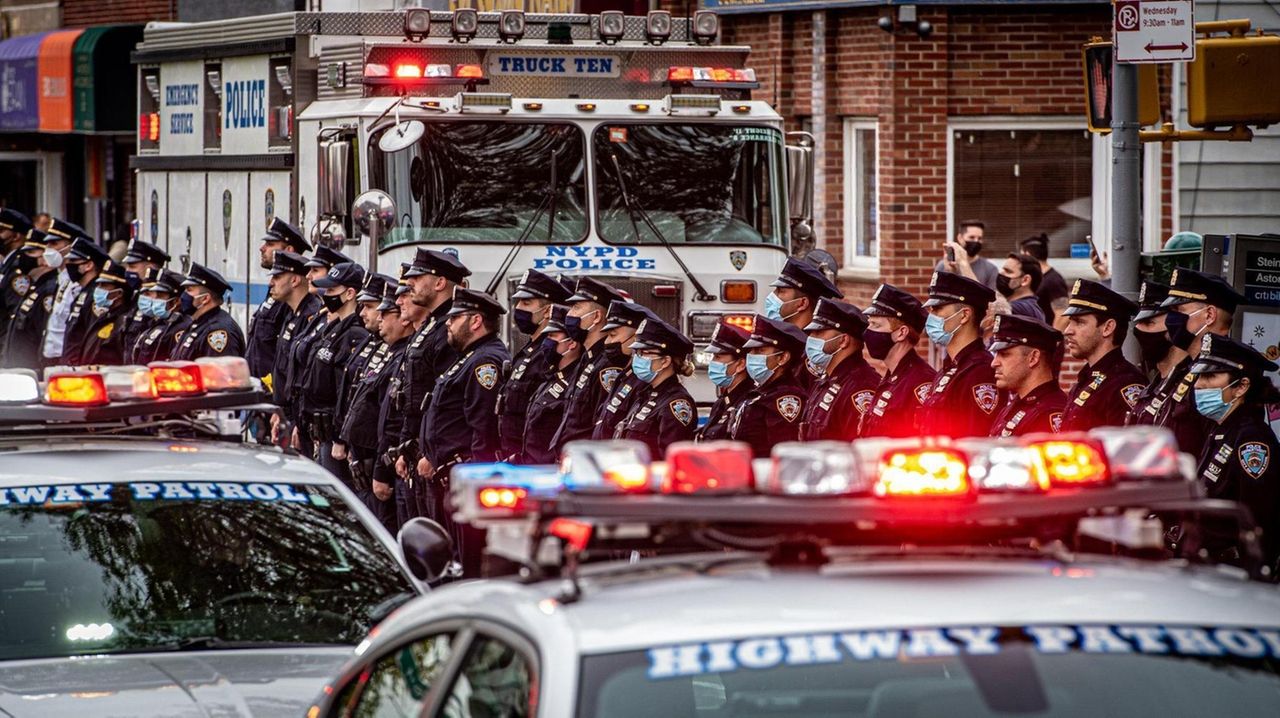 Seventy NYPD motorcycle cops rumbled up Manhattan’s First Avenue. Hundreds of others stood in uniform on the street saluted. A bystander in a "New York" facemask clasped her hands, and bowed her head, in prayer.

A police motorcade Thursday afternoon carried the body of Anastasios Tsakos -- the NYPD cop from East Northport killed Tuesday by an alleged drunken driver while directing traffic -- to a Queens funeral home ahead of funeral services next week.

The body was escorted from New York City medical examiner’s office on 1st Avenue, where Tsakos was brought Tuesday following the crash, to the Farenga Funeral Home in Astoria, Queens.

Tsakos was struck as he diverted traffic from an earlier accident on the Long Island Expressway in Queens.The wake is scheduled for May 3 at Saint Paraskevi Greek Orthodox Shrine Church in Greenlawn, with a funeral to be held at the church May 4.