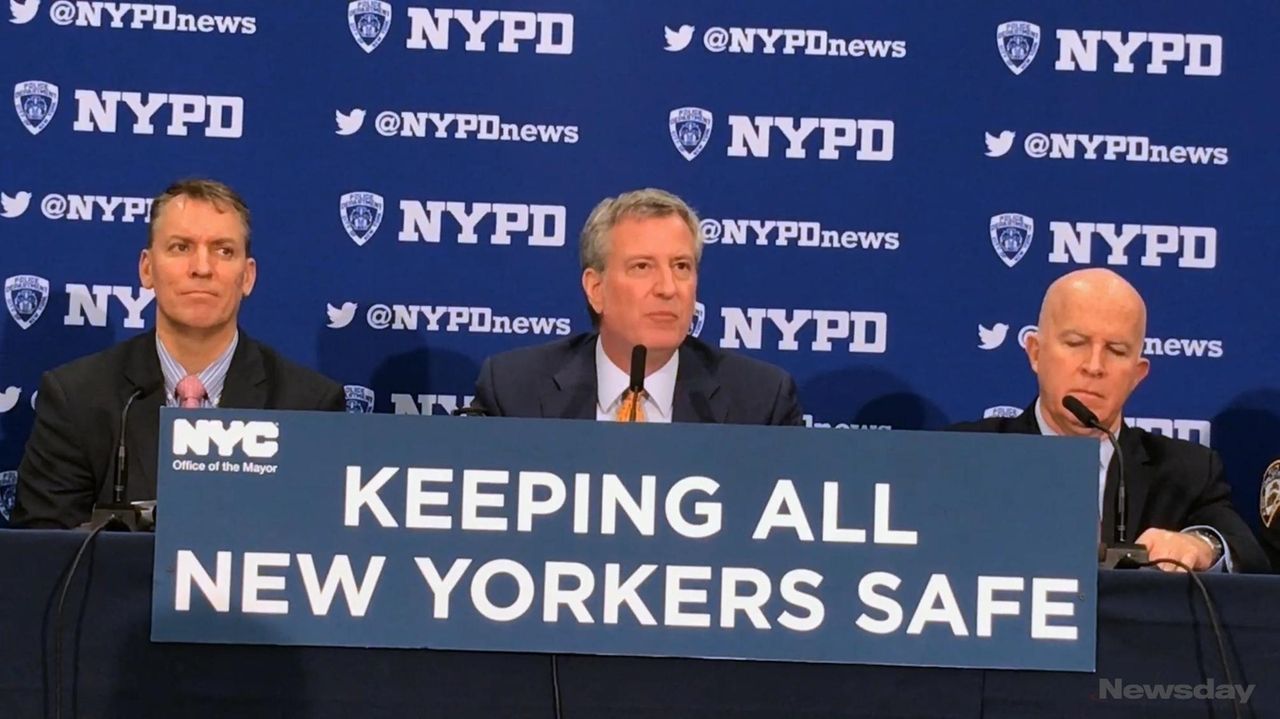 Shootings have continued to decline by so much in New York City that there hasn’t been a single incident on about one day in every four in 2018, police said Wednesday in a monthly crime briefing during which they again touted drops in homicides and most other serious crimes.

Defined as gunfire that wounds a victim, shootings last year were at the lowest level since the modern system of record keeping began. The 790 incidents represented a decrease of 21 percent from 2016.

This year, there were 141 shootings through March 31, compared with 146 in 2018, said chief Dermot Shea, head of the office of crime control strategies.

The decline in shootings represents a major historical development, Shea said. In March, there were 45 shootings compared with 48 in March 2017.

“Not long ago, . . . seven, eight shootings in the night were not out of the ordinary,” said Shea. “We routinely now wake up without a shooting having occurred in New York City. That is fabulous news, but there is still work to do.”

At a news conference with Mayor Bill de Blasio and NYPD Commissioner James O’Neill, Shea reported that March saw a record for first quarter crime declines in the Compstat era of record keeping. There were nine fewer homicides than in first quarter 2017.

Overall, there was a four percent decline in serious crimes such as burglary, robbery and felonious assault in the quarter, police statistics showed.

Complaints of rape constituted the only increase: There were 76 more in March, an increase of 24.8 percent compared with March 2017, the data showed.

The increase in rapes coincided with news coverage of sexual harassment and assault allegations against celebrities including movie producer Harvey Weinstein, although Shea and others said they were reluctant to make a firm connection statistically.

Chief of Detectives Robert Boyce, who is retiring in about two weeks, said the low level of homicides has allowed homicide detectives to take on other major cases. Homicide detectives also have been able go back to try to solve cold cases and serial murders, Boyce said.