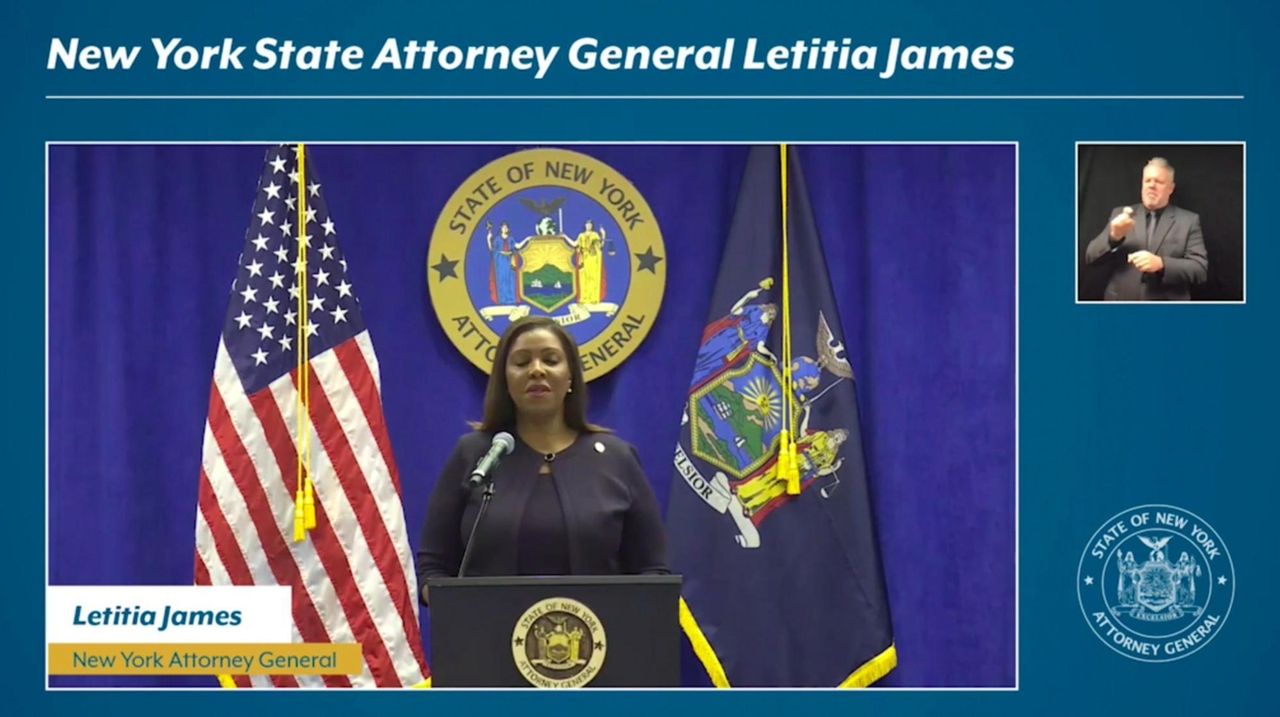 In a 69-page complaint filed in Manhattan federal court, James said the NYPD had engaged in unlawful policing tactics in handling the Floyd protests and demonstrations going back nearly two decades. She also called for the courts to appoint a monitor to oversee NYPD tactics at future demonstrations.

"What we found was an egregious abuse of police powers, rampant excessive use of force and leadership unable and unwilling to stop it," James said at a virtual news conference, referring to the Floyd protests.

In a statement the Legal Aid Society and New York Civil Liberties Union said they had filed lawsuits over the summer on behalf of protesters.

In June, the NYPD said about 10 officers faced disciplinary charges for their conduct during the protests.

"The New York City Police Department welcomes reform and has embraced the recent suggestions by both the city's Department of Investigation and the city's Law Department," an NYPD representative said. "As the Mayor has said, adding another layer does not speed up the process of continued reform, which we have embraced and led the way on."

The Police Benevolent Association head Patrick Lynch in a statement said he had always maintained that events during the protest showed "a failure of New York City’s leadership."

"They sent cops out to police unprecedented protest and violent riots with no plan, no strategy, no support," said Lynch.

In a statement, de Blasio said he and James are in sync with the need for police reform but that "a court process and the added bureaucracy of a federal monitor" would not speed up reforms.

A federal monitor already exists over the NYPD in connection with the settlement in 2013 of a lawsuit over the department’s stop, question and frisk policies. The current monitor, attorney Peter Zimroth, is overseeing a wide range of remedies aimed at NYPD search and arrests practices, as well as future training and use of body worn cameras.

It was unclear Thursday how James’s request for another monitor, if granted, would impact Zimroth’s existing mandate.

Cuomo also said the NYPD leadership didn’t have an effective strategy and said de Blasio had underestimated the protests.

On July 5, James issued a partial report which called for more oversight of the NYPD, said the department had lost the faith of the public but made no findings about the way cops handled the protests.

In December, the city Department of Investigation released its own report saying the NYPD lacked a clearly defined strategy for handling large scale protests and that excessive force during the protests heightened tensions. The DOI made a number of recommendations for the NYPD to implement and Shea said he found them useful and indicated they would be implemented.

Last month, Shea said that the public shouldn't ignore the fact that violent protesters were intertwined with the overwhelmingly peaceful protests. In late May and early June, some rioters looted stores and set fires in Manhattan and elsewhere.

"You can’t just ignore that piece of it," said Shea during a meeting with reporters. "It would do everyone well to comment a little more deeply on that side of the equation."

80-unit apartment complex in Lynbrook replaces 'blighted' Capri Motor Inn
1:26
The school year began with hope. Then omicron hit. And (un)masking.
Winter storm watch in effect for LI, cloudy day ahead
Snowstorm could (possibly) be a bomb cyclone, forecasters say
Seniors Calendar: Events from Jan. 30 to Feb. 6
0:59
Islip councilman collecting biographies of town veterans for journal
Didn’t find what you were looking for?