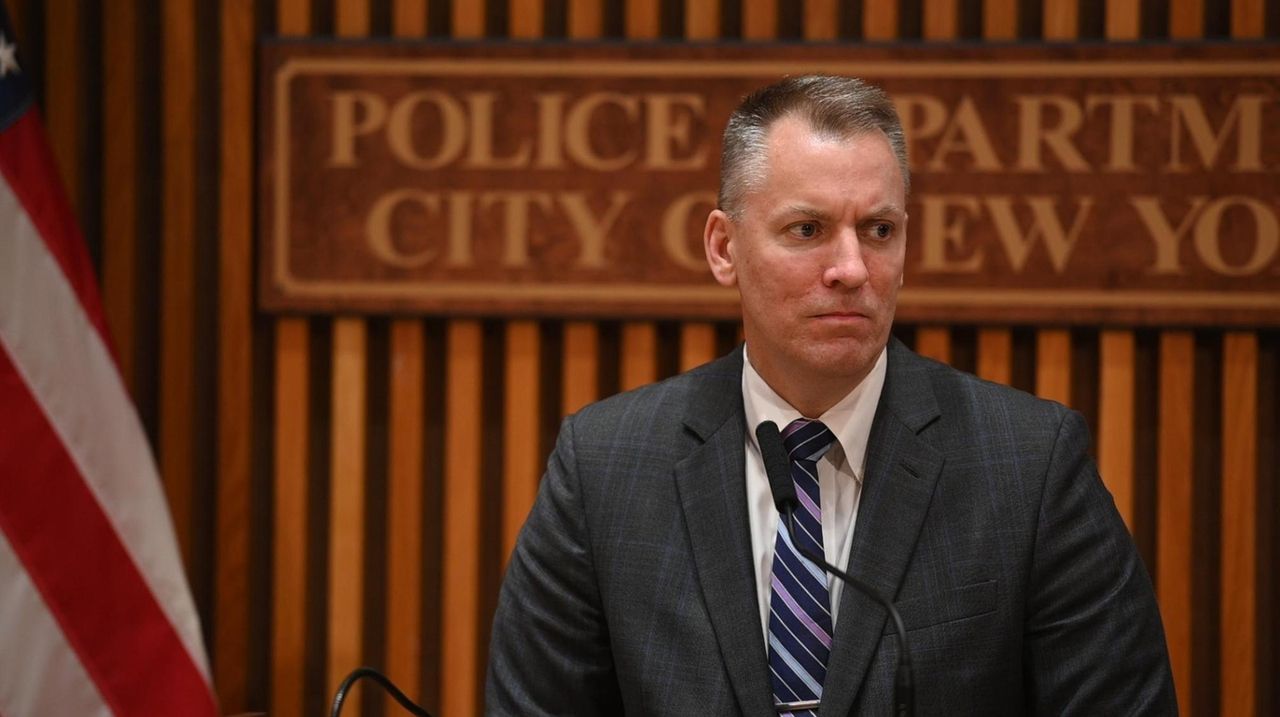 NYPD Chief of Personnel Martin Morales said Tuesday the department's latest recruiting effort resulted in an increase in the number of applicants who identified as a minority or female. Credit: Corey Sipkin

An intense NYPD effort aimed at finding recruits for the upcoming police examination resulted in the highest level of Black or female candidates in recent years, department officials said Tuesday.

Of some 14,502 applicants signed up to take the exam, 29.8% were Black and 31.8% were female, representing increases of 11.4% and 4% respectively over the most recent exam period, said NYPD Chief of Personnel Martin Morales. He added that 70% of the applicants self-described as minorities.

NYPD brass touted the increased number of Black and female applicants, noting it surpassed expectations during a challenging period marked by the coronavirus pandemic and COVID-19 and rallies to protest police abuse.

Commissioner Dermot Shea called the results "really good news" but added that getting people to sign up to take the test was only the beginning of a process that might still result in just one out of every 10 test takers going on to become cops.

Officials said that once candidates are notified they did well on the test, it could take between 18 to 24 months before they are offered a spot in a police academy class. Test scores are valid for four years. Candidates would then have to go through a battery of background and physical tests before they can get sworn in as cadets.

Chief of Patrol Juanita Holmes offered one sobering bit of advice to candidates preparing for the exam: "Keep your nose clean, stay out of trouble, we need you."

The 14,502 applicants is slightly below some previous levels of between 15,000 to 16,000. But those past higher numbers were garnered in application periods longer than the latest 27-day drive, in which police recruiters set up mobile sign-up spots around the city, including some in public housing areas.

Officials said a waiver of the $40 test fee and an extended filing date helped draw in applicants.

The one-day exam will be offered multiple times between June and August at locations in each of the five boroughs. Candidates can request changes to their original exam dates if necessary, Morales said.

In a statement, Police Benevolent Association president Patrick Lynch supported the NYPD push to get a more diverse force. But he also advocated for political support and higher salaries.

"If our city would just support its police officers and pay them a salary on par with other local cops, they wouldn’t need to extend deadlines and waive test fees," Lynch said.