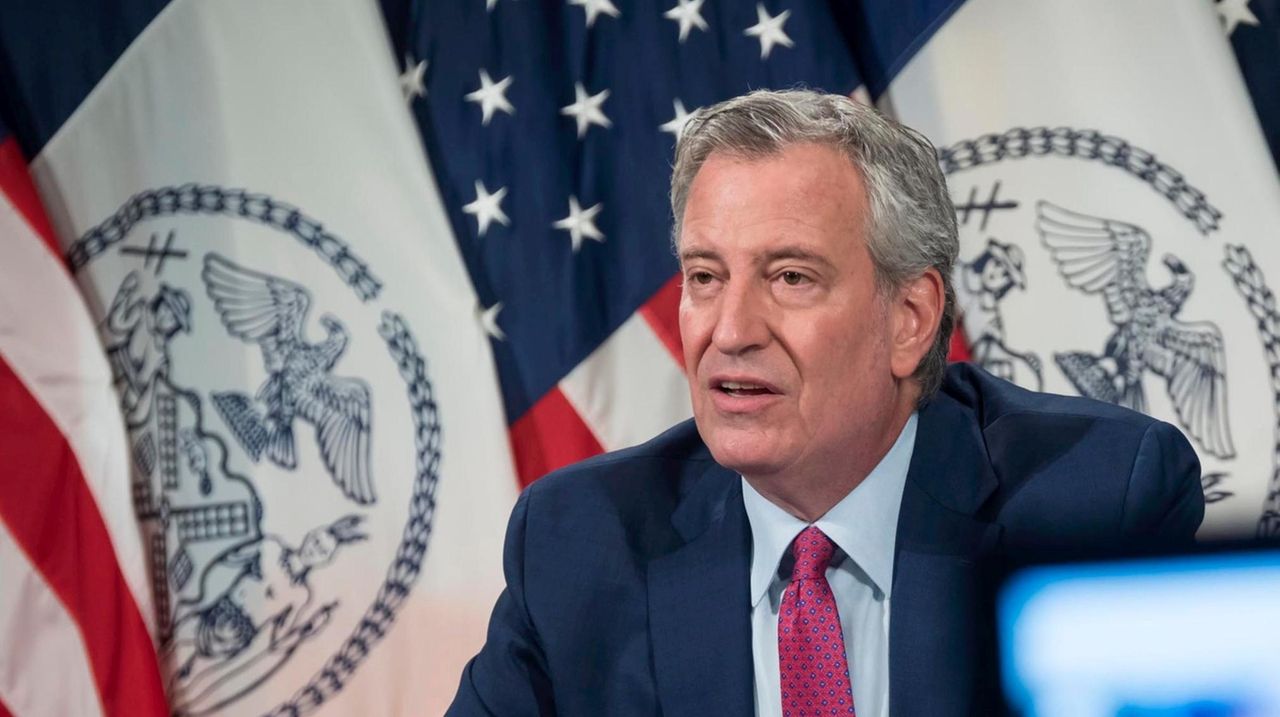 By mid-July, the mayor said, the NYPD will post online the names, charges, hearing date and resolution of all pending disciplinary cases with the internal tribunal lodged against officers — currently about 1,100.

The announcement represents the latest effort by de Blasio's administration to boost transparency in the NYPD amid calls for widespread change in the department as well as weeks of protests after the videotaped death of George Floyd, who died while under a cop's knee in Minneapolis while in the custody of Minneapolis police.  It also comes after Gov. Andrew M. Cuomo this month signed a law repealing the controversial police secrecy law known as 50-a and an executive order on police reform. The 1976 statute shielded virtually all police personnel records.

"When people don’t think there’s going to be justice, how is there going to be trust?” de Blasio asked at a Wednesday news conference announcing the changes regarding disciplinary records. “So we have to restore trust, and the best way to restore trust is to show that the accountability is there, that the internal disciplinary process at the NYPD will be fair, will be transparent. …When you believe that the pathway is actually about justice, it opens up the pathways of trust and communication.”

The NYPD has also begun preparations to make “comprehensive disciplinary records fully transparent and online” for every officer, de Blasio said, though he did not specify when they would be posted.

On Tuesday, de Blasio announced that police body camera videos would be released immediately in certain cases involving death or serious injury, as well as in some uses of a Taser.  On Wednesday, de Blasio said the releases of the footage would cover cases retroactively. Previously, the NYPD had wide discretion in deciding when, and whether, to release the recordings.

The New York Civil Liberties Union voiced support for de Blasio’s policy about the database detailing cops' records, but director Donna Lieberman said the organization couldn’t give full-throated praise because much more information was needed on the specifics.

Patrick Lynch, president of the Police Benevolent Association labor union, referred in a statement to the state Freedom of Information Law.

“Mayor de Blasio has shown that the FOIL does absolutely nothing to ‘protect’ police officers,” Lynch said.

A spokesman for the PBA said the union was examining its legal options in light of de Blasio’s latest moves.

On Long Island, county leaders and law enforcement officials voiced overall support for efforts to improve the relationship between police officers and the communities they serve.

"All major areas of the department, including the Internal Affairs Bureau, will be examined," Hart said. "We look forward to working with our community and receiving input from stakeholders to create a plan that will enhance accountability, trust and transparency.”

In Nassau, disciplinary records for police officers are available to the public through the Freedom of Information Law, the same process used for the release of government records, said Michael Fricchione, a spokesman for County Executive Laura Curran.

In another move de Blasio touted Wednesday as reform, he said decisions on whether to place a cop on modified or suspended duty now must be made in 48 hours in cases involving “substantial bodily injury.”  De Blasio also said the NYPD is now required to complete its investigation within two weeks. Previously, an investigation could take 18 months for administrative violations or be open-ended on criminal matters.

“Speed is of the essence when someone dies at the hands of police,” Aborn said. “But cops also have due process rights and our thirst for speed can’t dry up our demand for due process.”

With Nicole Fuller and Michael O'Keeffe