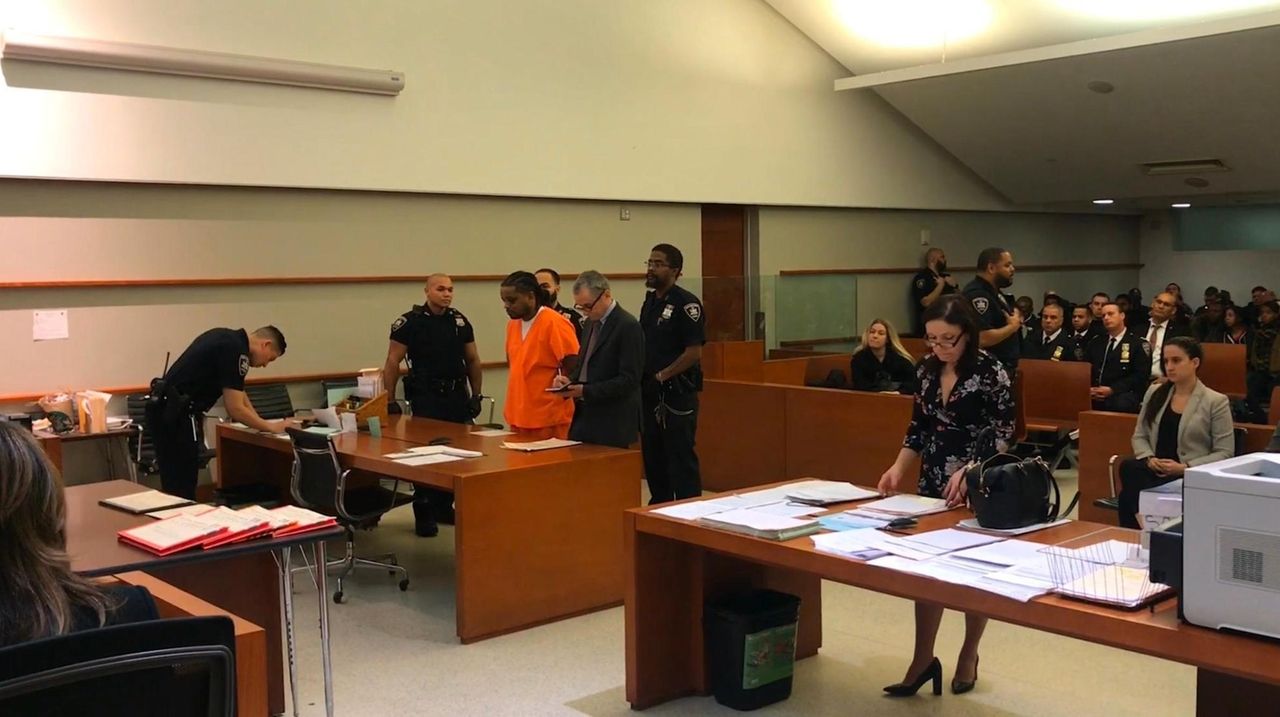 Robert Williams, 45, who was charged with wounding two NYPD officers during a 12-hour shooting rampage in the Bronx last weekend, has been indicted on 11 counts of attempted murder as well as attempted murder of a police officer, a prosecutor said Friday. Credit: Newsday / Matthew Chayes; Craig Ruttle

The parolee charged with wounding two NYPD officers during a 12-hour shooting rampage in the Bronx last weekend has been indicted on 11 counts of attempted murder as well as attempted murder of a police officer, a judge said Friday morning.

Speaking from the bench, Judge George R. Villegas said the parolee, Robert Williams, 45, of the Bronx, would be arraigned March 6 on the indictment, which the judge said hadn't yet been filed.

Williams, 45, of Evergreen Avenue, is accused of walking into the 41st Precinct in the borough on Sunday, shooting at cops and civilians, and striking Lt. Jose Gautreaux in the upper left arm. Gautreaux was discharged from a Bronx hospital on Monday.

The shooting came hours after Williams ambushed two officers sitting in a marked police van with its emergency lights flashing, according to the NYPD. Bullets grazed the neck and chin of Officer Paul Stroffolino.

Other people were in the vicinity during the shootings, leading to the other counts.

Friday marked Williams' second court date since his arrest. The proceedings, held in a windowless basement courtroom at the Bronx County Hall of Justice, lasted about two minutes. Williams wore an orange jail uniform, his hands cuffed behind his back, as he appeared before Villegas.

As he walked out of the courtroom, Williams' family shouted "I love you" and "I love you, Robert," before being admonished by court officers to be quiet.

On Monday, Williams was arraigned and charged with more than a dozen counts of first- and second-degree attempted murder. He entered a not guilty plea and was ordered held without bail — which the judge Friday renewed.

Williams had been convicted of attempted murder after a 2002 altercation that ended in a gunfight with the police; he was paroled in 2017, according to NYPD Commissioner Dermot Shea.

Speaking outside the courthouse, the head of the Patrolmen's Benevolent Association labor union, Patrick Lynch, said, "Evil walks amongst us."

Lynch was among about several dozen police officers sitting in the courtroom pews. Some wore uniforms, some were in plainclothes and others had "PBA" attire.

When Williams comes back to court, Lynch said, adding a disparaging term for Williams, "we will be there as well."