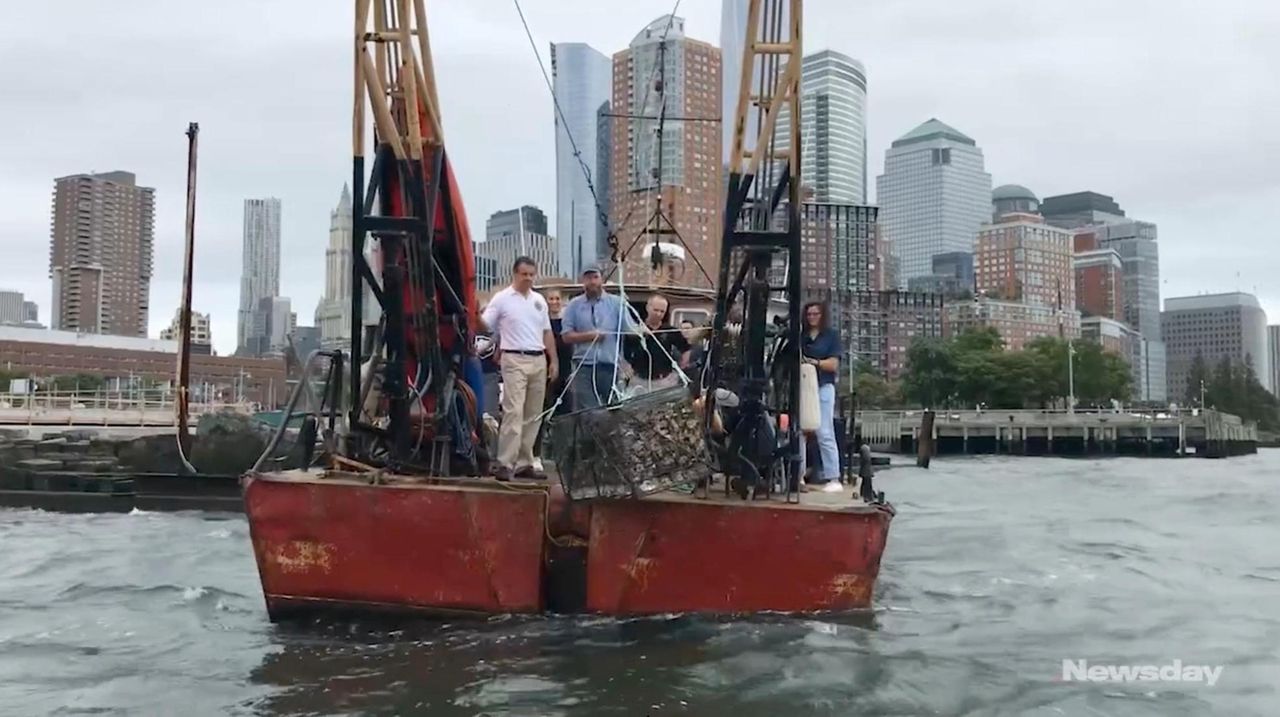 Gov. Andrew M. Cuomo on Saturday said he would propose a statewide project “to restock and restore aquatic habitats” — including the doubling of the Long Island shellfish restoration program to naturally clean polluted waters.

About 400 million shellfish would be planted — up from the program’s 179 million promised in 2017 — along the north and south shores of Long Island, said Cuomo spokesman Jordan Levine.

Through much of human history, shellfish had acted as the waters’ natural filtration system, removing excess nitrogen by incorporating the chemical into their tissue and shells as they grow. But pollution by humans killed off those populations.

“We polluted and we destroyed the natural defenses that were built in originally by Mother Nature,” Cuomo said.

In his forthcoming State of the State address in January — in which the governor outlines his policy priorities — Cuomo will seek to “Revive Mother Nature,” as the aquatic-restoration plan is called, to begin to replace the shellfish that once populated the region’s waters for filtration.

“One oyster does 30 gallons per day. One clam on Long Island does 5 gallons of filtration per day,” Cuomo said, standing off Hudson River Park in Manhattan after helping release a 275-pound gabion cage of thousands of juvenile shellfish — which is aimed at helping to restore four acres of the nearby estuarine sanctuary.

Cuomo said that when Henry Hudson navigated the river that would later bear his name, there were 350 square miles of oysters and, with one oyster able to filter about 30 gallons of water per day, the original oyster reefs could filter all of New York Harbor in just a few days.

"We destroyed the oyster population and the oyster reefs. Yeah, that was the natural filtration system," Cuomo said. "Just think about that! The natural system, the oyster alone, filtered the entire volume of the New York Harbor in just a few days. And that is now wiped out, and that is gone."

In a news release, Cuomo’s office said the state would spend $2.88 million to pay for the planting of millions of oysters in the park estuary as well as to restore the reef at Soundview Park in the Bronx River.

There is no price tag yet for the statewide program; cost estimates are forthcoming based on feedback from advocates and local communities between now and January.

In 2017, Cuomo said the initial Long Island Shellfish Restoration Project cost $10.4 million. There is not yet a cost estimate for the additional planting on the Island, Levine said.

On Saturday afternoon, Cuomo stood aboard a red-hulled vessel as a crane dropped the cage into the Hudson.

“Successful drop!” Cuomo shouted at reporters in a nearby boat bobbing in choppy waters. “Note it!”