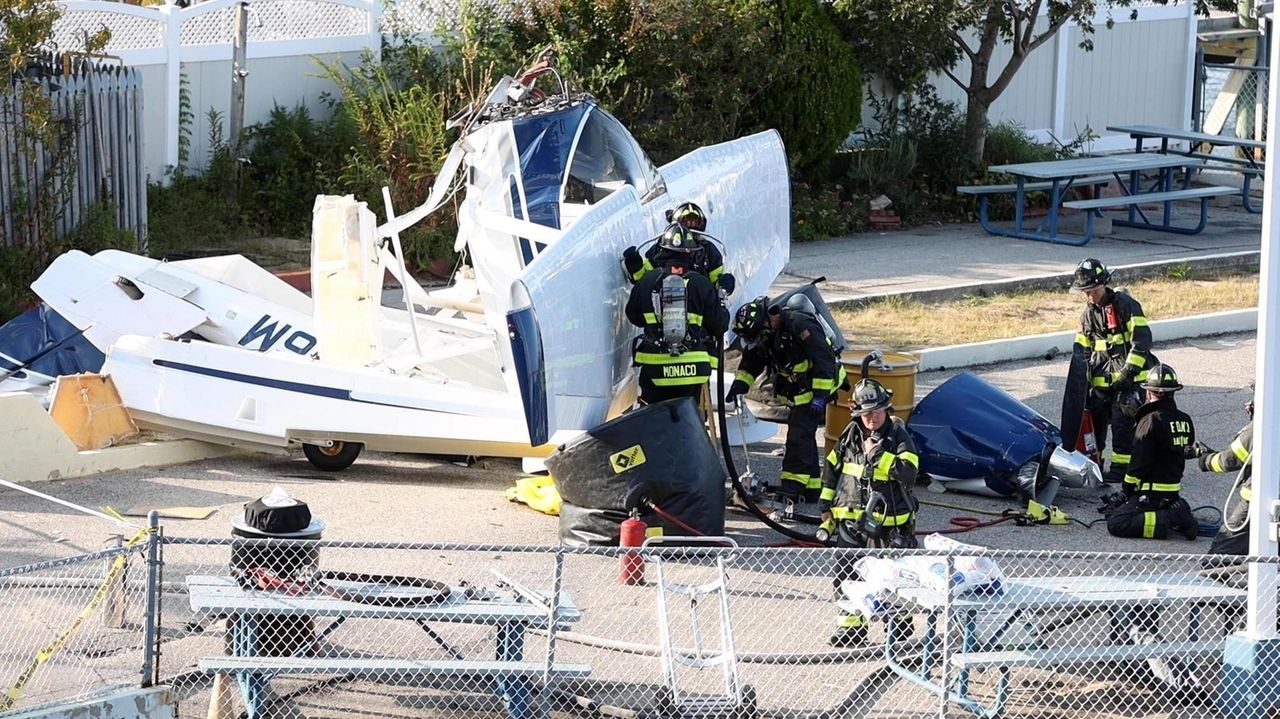 One person has died and firefighters extricated at least two people from a seaplane that struck a concrete pier in Whitestone, in Queens, the FDNY commissioner said. Credit: Kendall Rodriguez

A seaplane passenger was killed on Sunday afternoon, and two others aboard critically injured, when the aircraft crashed into a concrete pier in Queens and broke into pieces, according to the FDNY commissioner.

The passenger killed was a woman, and the other two, who are male, are hospitalized, according to Commissioner Dan Nigro.

Law enforcement sources identified the owner and pilot of the plane as Giuseppe Oppedisano, who goes by Joe, owner of the restaurant il Bacco in Little Neck.

According to NYPD, the deceased crash victim was Maggie O’Neill of Crocheron Avenue in Queens. She was 61

At a news conference near the crash scene, Nigro said: "Witnesses said that the plane was traveling rather fast along the water, skipped twice, and hit the pier. Why this happened we have no idea right now."

Nigro added: "It broke up hitting the concrete pier. It hit it and jumped up on top of the pier."

The commissioner said that the owner lives nearby and flies in and out frequently, and the FDNY believes he was landing the aircraft at the time of the crash. A representative from the Federal Aviation Administration was en route to help with the investigation, he said.

A nearby Jet Skier, who witnessed the crash after the 3:05 p.m. collision, rescued two of those aboard, he said. The rider, along with another person on the ground, were treated at the scene for injuries and declined further treatment.

Oppedisano, whose restaurant is feet away from the Nassau County border, spearheaded a class-action lawsuit in August against Mayor Bill de Blasio, Gov. Andrew M. Cuomo and the attorney general, claiming that restaurant restrictions to curb the coronavirus violate their owners' constitutional rights and jeopardize their businesses.

"Every restaurant is packed and me, a block and a half away, I can’t open," Oppedisano told Newsday at the time.

Vinny Avalone, an employee at il Bacco who answered the phone late Sunday afternoon said only: "We heard he’s OK."

The crash happened near Powells Cove Boulevard and 158th Street.

Mayor Bill de Blasio's account tweeted about the crash and urged, "Please keep these people and their families in your thoughts tonight."