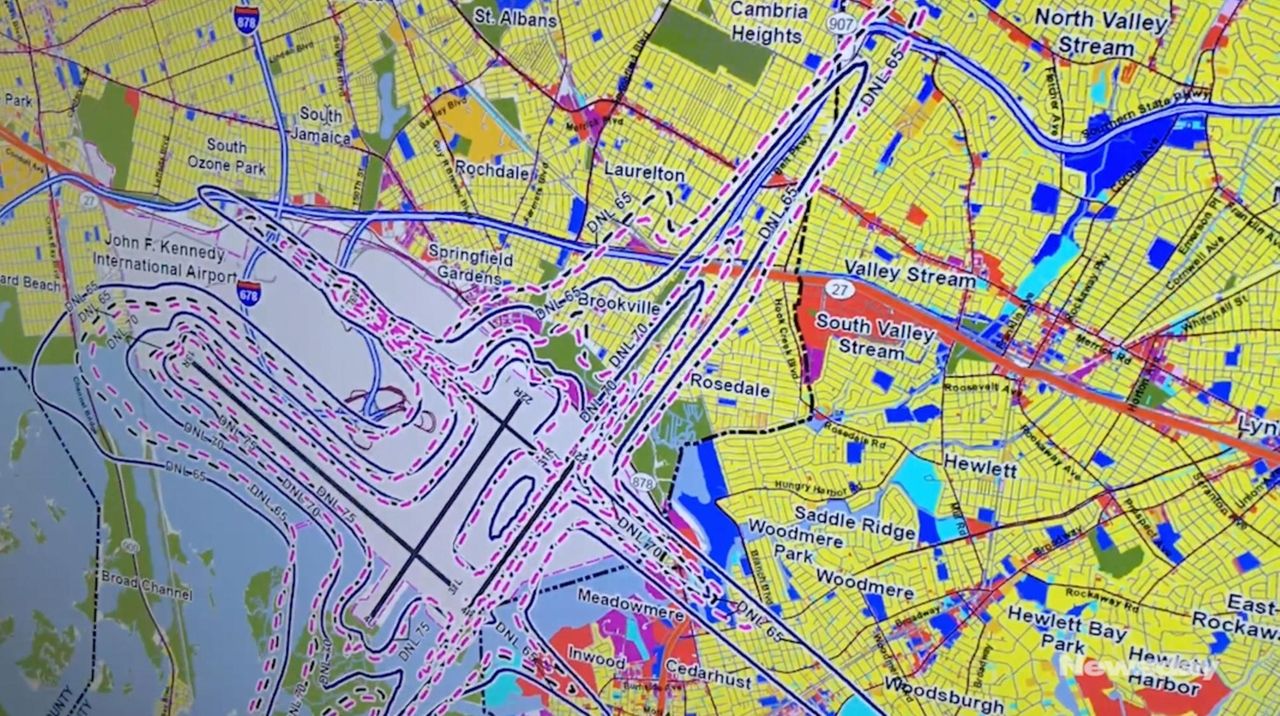 Runway reconstruction at Kennedy Airport will reduce airplane noise in the Five Towns area during a shift of air traffic to the Valley Stream area, where residents can expect more noise through late 2019, an FAA official said Wednesday.

Planes won’t be able to use Runway 13L-31R, one of JFK’s four runways, which is scheduled for closure between April and November of 2019 as pavement is stripped and replaced with gravel and 18 inches of concrete, said Andrew Brooks, a Jamaica-based regional environmental manager with the Federal Aviation Administration.

“When the runway’s down for construction, the aircraft that operate there now have to go somewhere else,” Brooks said. “During that time, they’ll be shifting to other runways.”

Tens of thousands of Queens residents will also experience a shift in noise.

About 30 percent of airport traffic that ordinarily uses the runway will be redistributed to the remaining runways, he said.

After the construction is finished, the traffic — and the noise — would essentially return to the status quo.

“It is temporary,” Brooks said.

The Port Authority, the agency that runs the region’s airports, set up easels in the lobby of the Cradle of Aviation Museum in Garden City on Wednesday night, one of three public sessions, to explain the project, which will widen the runway to 200 feet from 150 feet and convert it from asphalt to longer-lasting concrete.

Elaine Miller of Malverne, who helps run the group Plane Sense 4 LI, came to the museum to gather more information about the runway project and left dreading the construction.

“I think our lives are going to be a living hell. I don’t know how I’m going to endure it,” she said.

Miller, who has long been frustrated with the existing flight paths, said sleeping is hard as it is.

“They are constant. They are low. They are loud,” Miller, a schoolteacher, said of planes overhead. “They are destroying the quality of our lives.”