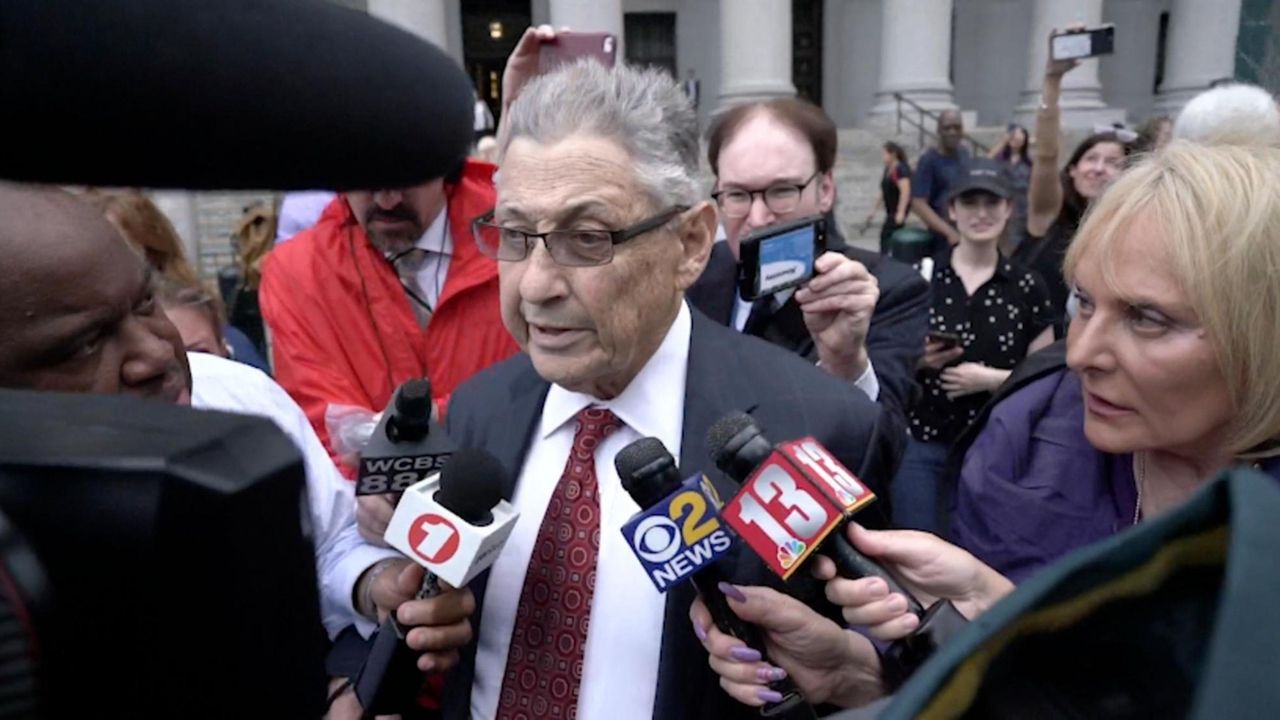 On Friday,  Former New York State Assembly Speaker Sheldon Silver was sentenced in Manhattan federal court to 7 years in prison after a jury found the ex-Albany power broker guilty of bribery in a retrial in May. Credit: Craig Ruttle

Former Assembly Speaker Sheldon Silver should receive the longest sentence ever for a New York legislator in a corruption case, prosecutors said Friday in a sentencing memorandum filed in Manhattan federal court.

Silver, convicted of bribery in May in a retrial of his 2015 conviction, would face a prison term above the 14 years imposed on Brooklyn Assemb. William Boyland if the prosecution proposal is followed by U.S. District Judge Valerie Caproni at the ex-speaker’s July 27 sentencing.

“Silver repeatedly corrupted the great power of his office for personal profit and caused incalculable damage to the public trust,” prosecutors said in a filing that described him as “an example of why the public has lost faith in their elected officials.”

The one-time Albany powerbroker, who led the Assembly for more than two decades, was convicted both in 2015 and this year of doing favors for an asbestos researcher and two real estate companies in return for help getting legal and referral fees of nearly $4 million.

He was sentenced to 12 years in prison by Caproni after his earlier conviction, which was later reversed on appeal. The government also urged a term of imprisonment longer than Boyland’s 2015 sentence at that time.

Silver, 74, never served time after his first conviction. In his sentencing memorandum, filed late Friday, he asked for a shorter prison term of under 10 years to be combined with a form of community service, describing himself as “broken hearted,” “filled with shame,” and remorseful.

“I pray I will not die in prison,” Silver said in an emotional letter to Caproni. “The work that has been the focus of most of my life has become dirty and shameful. Everything I ever accomplished has become a joke and a spectacle.”

With an appeal planned, Silver’s lawyers said in his memorandum that he “maintains that his conduct, while far from exemplary, did not cross the line of criminality,” but insisted that position does not “mean that Mr. Silver is not remorseful about his actions.”

Prior to Silver’s last sentencing, evidence was released that he had two affairs in Albany. Despite that, his wife Rosa weighed in with her own letter to Caproni pleading for leniency.

“Every accomplishment, every good thing he has ever done has been tarnished,” she wrote. “He has lost the money he had saved in order to provide for our forthcoming retirement… I only ask, even beg, that you not take us away from each other after 51 years of marriage.”

Prosecutors almost never propose a specific number of years in prison to a judge. In their brief filing with Caproni on Friday, they said Silver should get “substantially in excess” of the 10 years proposed by the court’s probation office and reiterated their 2015 call for him to get more prison time than any member of the institution he led.

An appendix of recent New York corruption sentences included in the prosecution brief at that time identified Boyland, convicted in Brooklyn federal court of three different corruption schemes, as the highest.

Silver deserved more, prosecutors said. “There is no explanation for his conduct,” they wrote, “other than greed.”