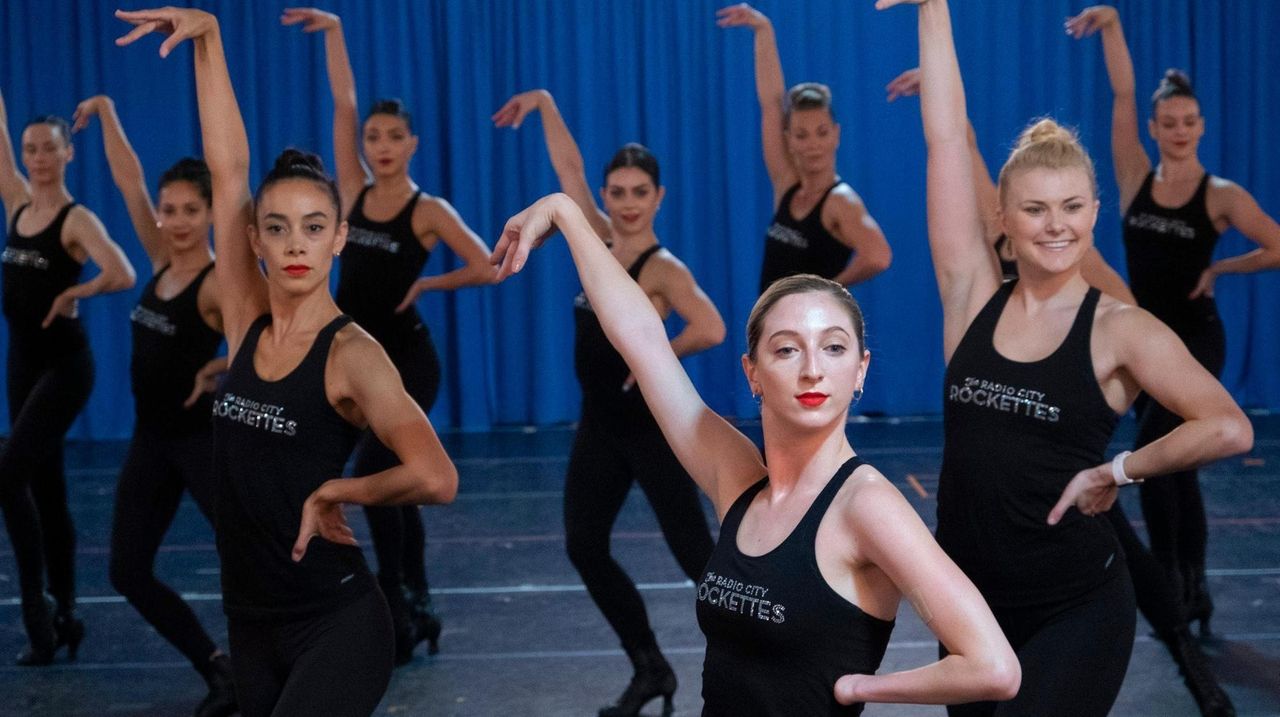 Rockette Sydney Mesher, who was born without a hand due to the rare condition called symbrachydactyly, sees herself as a dancer and athlete first who just happens not to have a left hand. Mesher, who is seen during a Nov. 25 performance of the Christmas Spectacular at Radio City Music Hall, supports the symbrachydactyly community through her career in dance. Credit: Craig Ruttle

“My parents say I started dancing before I could walk,” says Sydney Mesher, 22, who joyfully joined the ranks of the legendary Rockettes this season after her fourth audition in two years.

In the annual Radio City Christmas Spectacular running through Jan. 5, she isn’t just realizing a personal dream come true with every twirl, tap and kick. Mesher is also making hoofer history and strides for inclusivity.

Born without a left hand, the exuberant Pace University graduate from Portland, Oregon, is the first dancer with a visible disability to be hired for the precision dance company founded in 1925. The troupe is famous for its uniformity. Mesher has bent the mold.

“I won’t lie. I’m very humbled to be in this position,” Mesher said this week at Radio City Music Hall. “I am different in my own way. But that’s what’s so incredible about the Rockettes. Everyone is different in their own way — different countries, races, backgrounds. I’m just a new branch of that. ... I want to become the new normal.

“One of my favorite stories,” the 5-foot-10 dancer said, “is that when my parents found out I didn’t have a left hand they realized that I was never going to be able to wear a wedding ring on my left hand. From that moment to this day, my dad has worn his wedding ring on his right hand.”

Not everyone has been so supportive and compassionate. Mesher considered wearing a prosthesis and endured bullying. But she insists that her “story is not a traumatic one. I don’t want to be known as the dancer who has one hand, and not because that’s a bad thing,” she said. “But because I’ve worked very hard to be where I am.”

Rockettes creative director Karen Keeler concurs. “What was evident about Sydney through the audition process is that she is an incredibly versatile dancer with a strong work ethic. She is smart and determined, with an eye for detail — qualities we look for in aspiring Rockettes. Sydney has approached her first season as a Rockette with a willingness to work hard, while always being an example of grace and poise.”

Dance classes started early for Mesher. As a kid, her parents enrolled her in dance class just for fun. In her performing arts high school, she took classes in jazz, tap, ballet and hip-hop and got “tunnel vision” about dance. “It was something I loved and was good at,” she said. “I decided to do it as a profession.” Studies continued at Pace.

Mesher takes her physical difference — due to symbrachydactyly, a congenital limb-development condition affecting 1 out of 32,000 babies — in stride. “I don’t know anything different,” she said. That goes for whether she’s dancing, working out or donning an elaborate costume, like the reindeer outfit worn in a jolly, jingling number. Costumers have made some alterations where possible to help her with accessibility. In a number where the other dancers ring two handheld bells, Mesher rings one — a modification the audience may not even notice.

Meanwhile, the other 79 Spectacular Rockettes lend their own support. “We’re all here to help one another,” says Mesher, who has been “mesmerized by the Rockettes” ever since first seeing them on TV in the Macy’s Thanksgiving Day Parade.

“There’s a lot of history and a legacy that comes with this job,” she says. “It’s not about being a soloist up on that stage. It’s about being a part of something bigger, a company. I’m so proud to be here.”