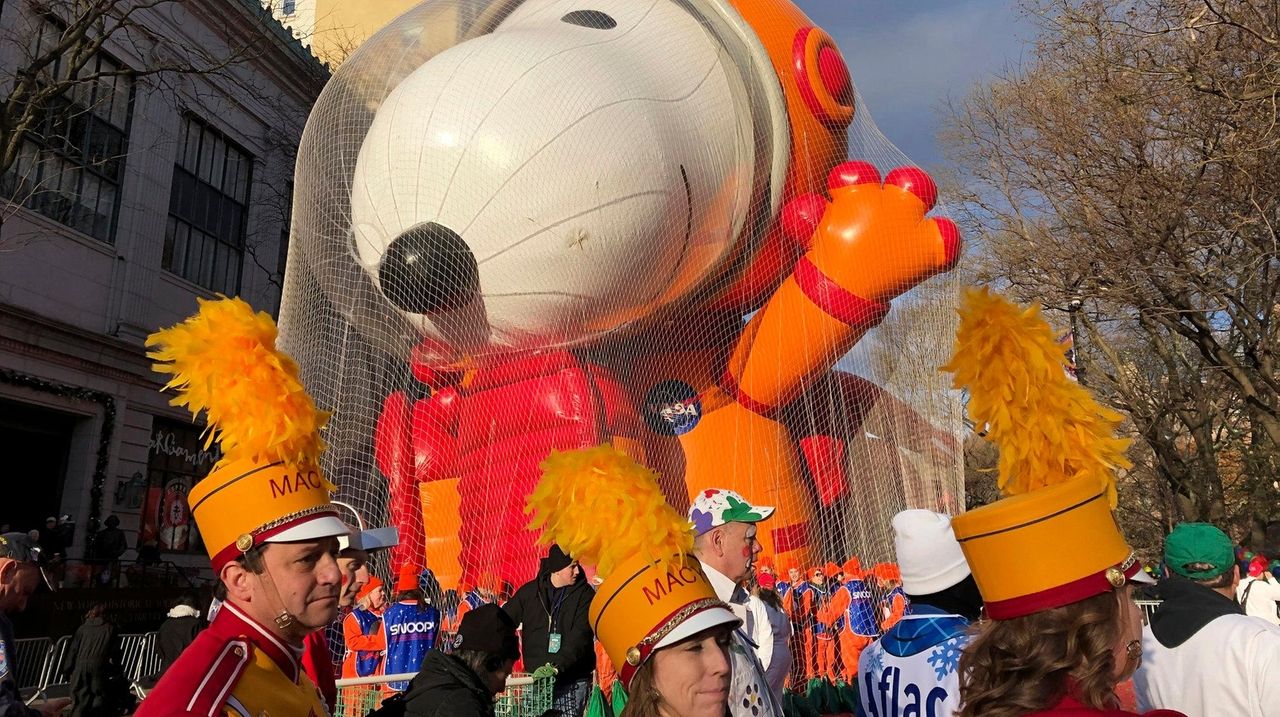 Giant balloons for the 93rd Macy's Thanksgiving Day Parade were inflated while hundreds watched Wednesday night on the Upper West Side. On the eve of the parade, with high winds expected, the question was: Will the balloons be flown? Credit: Newsday / Matthew Chayes; Jeff Bachner

The balloons will fly.

That's the word from the NYPD as 8:15 a.m.  The department tweeted that, despite predictions of high winds, the conditions should allow for the giant balloons to accompany the Macy's Thanksgiving Day parade.

The parade, which runs from 9 a.m. to noon, is expected to draw about 3.5 million spectators, according to Macy’s, with about 8,000 volunteers “dressed as clowns, guiding the flight of larger-than-life character balloons, transporting spectators to new worlds on signature floats, bringing the beat in the nation’s best marching bands and entertaining the crowds.”

An NYPD sergeant is also assigned to each of the 16 large character balloons. The officer knows how to read anemometer devices to measure wind speed and direction positioned along the route, Chief of Patrol Rodney Harrison said Wednesday at a news conference.

“These sergeants are well trained to read the anemometers to identify the height we can allow the balloons to go up,” Harrison said.

New this year, according to Macy’s: Astronaut Snoopy by Peanuts Worldwide, Green Eggs and Ham by Netflix, and SpongeBob SquarePants & Gary by Nickelodeon.

Balloons can go as high as 55 feet but can be lowered to 10, or grounded completely, if deemed necessary by the NYPD once sustained wind speeds reach 23 miles per hour or gusts of 34 miles per hour, per New York City's policy.

The seven anemometers are positioned at 77th, 72nd, 59th, 57th, 50th, 42nd and 34th streets, he said. Decisions will be specific to each location as the balloons float down the block, said Chief of Department Terence Monahan.

Balloons were last grounded in 1971 due to high winds -- the first time since the helium shortage of World War II.

The city's current policy on limiting balloons over winds dates to a 1997 Thanksgiving parade accident in which a six-story-tall balloon of The Cat in the Hat careened into a lamppost, injuring several spectators. One victim remained in a coma for weeks and almost died, after part of the lamppost was sliced off and fell down.

Still, there was at least one accident since then, in 2005 when a giant M&M balloon swung out of control and injured two spectators.

On Wednesday, Harrison said, public safety would be foremost in his balloon decision-making.

“Once again,” he said, “we’re going to do a lot of audibles and a lot of last-second decisions.”

NYPD ratchets up security for Thanksgiving paradeRadiation detectors, bomb-sniffing dogs, and even tools that can seize control of unauthorized drones will be deployed, an NYPD official said.