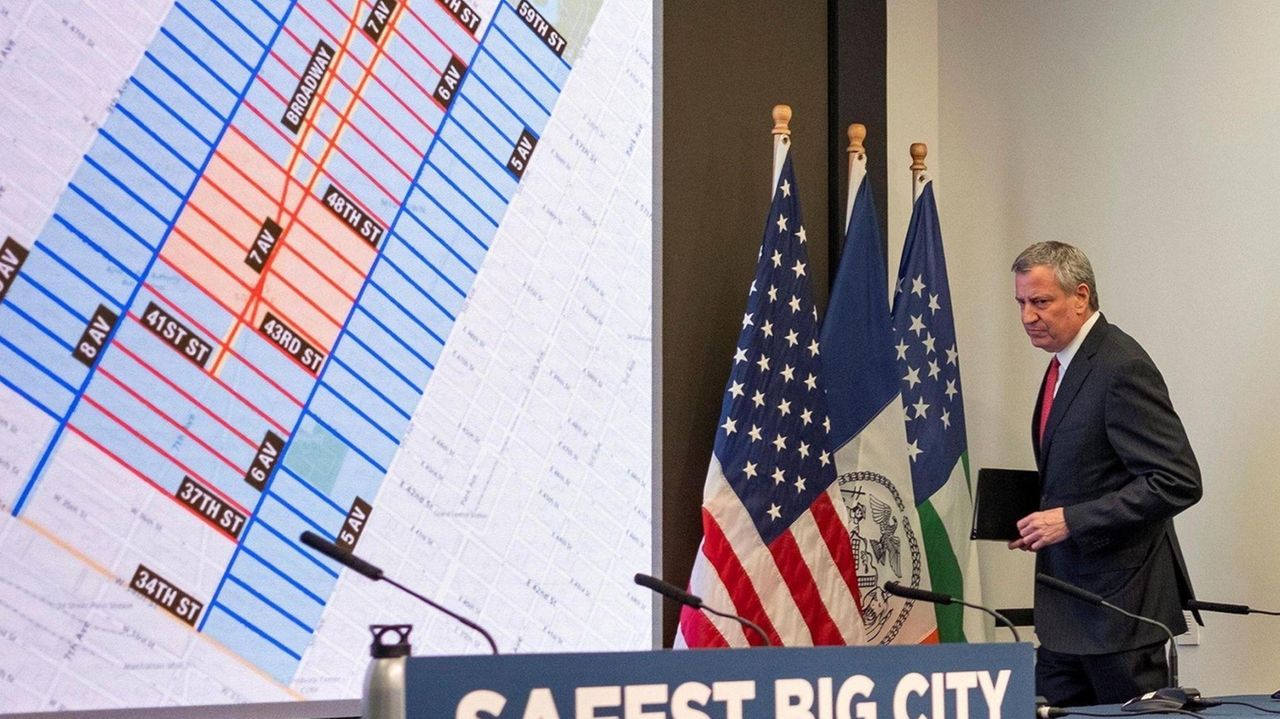 An NYPD drone will be up as the ball drops.

For the first time in the 111-year history of the celebratory New Year's Eve ball drop in Times Square, the police will fly an unmanned aerial vehicle to monitor the crowd, which could reach 2 million revelers, the NYPD said Friday.

"It’s going to just give us an additional view of the crowd" for "an expansive view from up above, which will be helpful," said the NYPD’s deputy commissioner of intelligence and counterterrorism, John Miller.

To stop a vehicle from ramming the crowds, as happened in 2017 on the West Side Highway, in 2016 in Nice, and in dozens of other terrorist attacks, the city will park more than 235 “blocker vehicles,” including sand-filled sanitation trucks, around the perimeter, Miller said.

To stop an attacker from shooting down from a skyscraper hotel, as happened in Las Vegas in 2017, the NYPD has "intelligence detectives embedded in all of the hotels well in advance of New Year's Eve" to develop relationships with hotel personnel and have access to "master keys…to get into any place they need to get in to look," Miller said.

And “to make sure that no suspicious objects get in,” every reveler must be searched by a cop with a metal detector, said the NYPD’s chief of patrol, Rodney Harrison.

“At these entry points, you will see lights, as well as officers with long guns just to make sure that the event goes smoothly,” he said.

Revelers will be admitted beginning at 11 a.m., Harrison said. They will be directed to one of 65 holding pens, where they must remain.

“If you do happen to leave the pen,” Harrison said, “you’re not going to be allowed back in.”

Alcohol, large objects and umbrellas are among the items that are banned, Harrison said, in addition to flying personal drones, Miller said.

The authorized NYPD drone will be tethered to a building “because we don’t want it flying over a crowd,” Chief of Department Terence Monahan said.

“We’ll never have it over a crowd. The area that it is going to be in will be cordoned off, so God forbid anything happens to the drone, it will fall down to an area that’s already cordoned off that no one is at,” he said.

Earlier this year, Miller warned that the NYPD has the technology to identify where a personal drone is and what is controlling it,and "take action."

A federal aviation law passed in the fall allows the government to track, intercept and destroy drones considered a security threat, without a judge's approval.

O’Neill said the public “should leave their drones at home.”

Violators could face arrest or a summons for the crime of reckless endangerment under city law, Miller said last month.