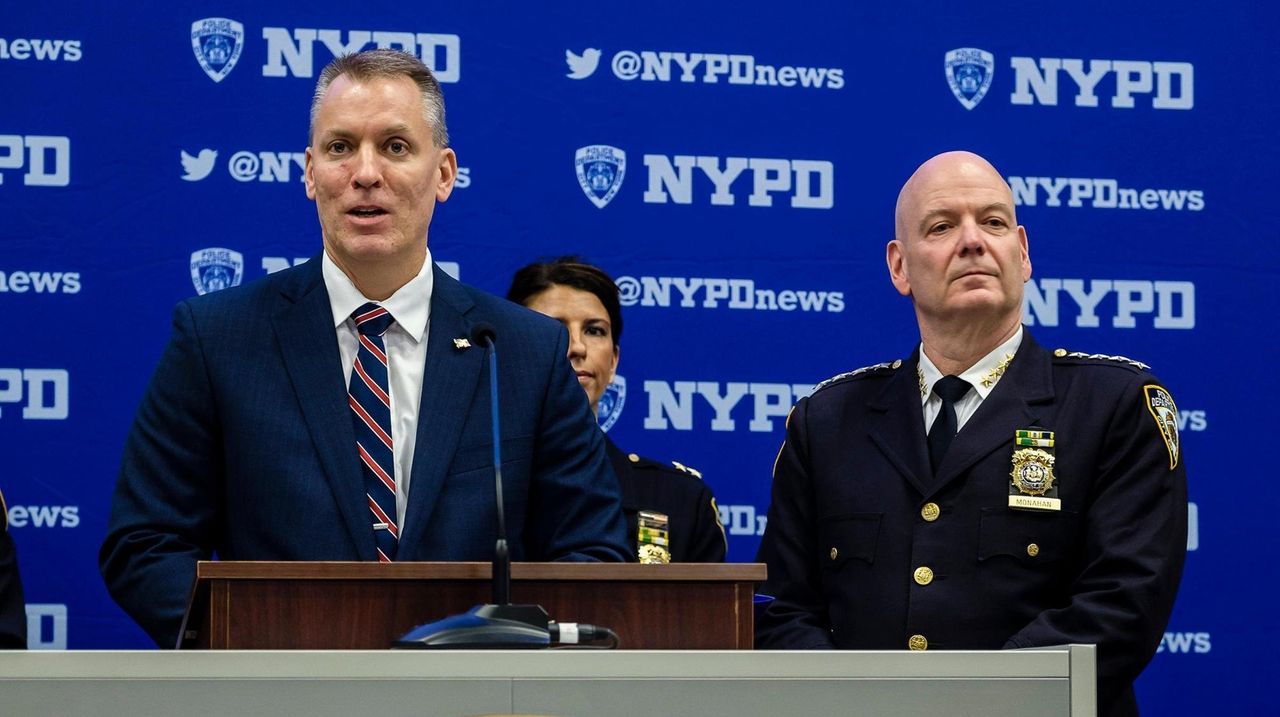 The 2,000 police officers put in the Times Square area on New Year’s Eve in 1919 wound up with very little to do because Prohibition muted the festivities and kept crowds to a trickle, according to newspaper reports of the day.

But 100 years later thousands of NYPD officers will have much to do as they secure the Crossroads of the World for another New Year’s spectacle next week that is expected to draw as many as 1 million revelers to celebrate the beginning of 2020 and a new decade.

“This is going to be one of the most well policed, well protected celebrations in the entire world,” NYPD Commissioner Dermot Shea said Friday as he and department officials outlined security measures for the Times Square ball drop.

“There are going to be thousands of cops assigned to Times Square and surrounding streets. Most of them will be in uniform and highly visible post, but as always we will have several teams out there that will not be visible,” said Chief of Department Terence Monahan.

The NYPD will again be using special bomb-detecting dogs, radiation detectors and special anti-drone technology to safeguard the event. Special trucks filled with sand will be used to block off crosstown streets near Times Square and street closures for traffic will begin as early as 4 a.m. Dec. 31, Monahan said.

Truck restrictions will be in place on Sixth and Eighth avenues while street closings to all traffic could, depending on the crowd size, go in a geographical box as far north as 59th Street and to 37th Street to the south, the NYPD said. Crosstown street closures in the traffic box will extend from Fifth Avenue to Ninth Avenue.

Shea and Chief Martine Materasso, head of NYPD counterterrorism, stressed that there were no known credible threats to the celebration. They asked the public to call 911 or 888-NYC-SAFE if anything suspicious was spotted.

John Miller, head of NYPD intelligence, said that “chatter” on terror-related websites was “down a little bit” following a spate of ISIS postings that had targeted New York since the beginning of the summer.

Revelers will be herded into a total of 65 spectator areas to view the spectacle. Access will be provided at 38th, 49th, 52nd, 58th and 59th streets at Sixth and Eighth avenues, as well as 54th Street at Sixth Avenue and 55th Street at Eighth Avenue, Monahan said.

There will be a special “prohibition” in effect: duffel bags, backpacks, packages and alcoholic beverages will not be allowed into spectator areas and will be confiscated.