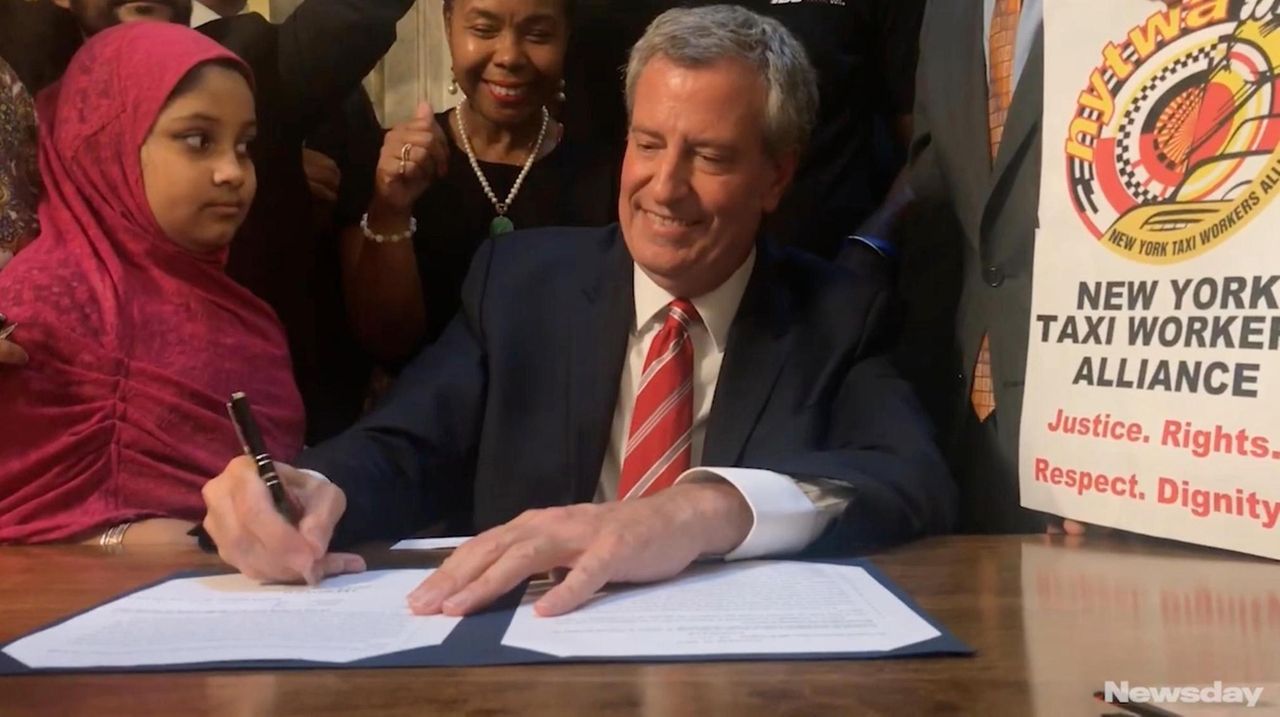 New York City on Tuesday became the first major municipality to rein in the app-hailing industry, launching a yearlong moratorium on new licenses for Uber and other for-hire services.

Mayor Bill de Blasio signed the new rules into law Tuesday at City Hall, calling the legislation necessary because "app-based cars were flooding this city" — Uber, Lyft, and others — sending traditional taxi medallion values plunging and 2,000 more vehicles a month onto the streets. Since late last year, six taxi drivers have committed suicide over what many of their families say was ruin wrought by "disruption" from the app-hail industry.

"No!" came the reply by a crowd of app-hail drivers, cabbies and other activists.

The app-hail industry is warning of longer wait times and higher rates, and less reliable transportation options, even as the state-controlled subways become less reliable.

The legislation — a collection of five bills — also provides an exception on the cap for new handicapped-accessible vehicles, subjects app-hail vehicles to inspections that traditional taxicabs must undergo and lowers fines for unauthorized street hails.

The legislation also gives the commission the power to adjust numbers based on conditions such as congestion and driver income.

At the ceremony, City Council Speaker Corey Johnson (D-Manhattan) read the names of the six drivers who killed themselves — including one at the City Hall gate in February.