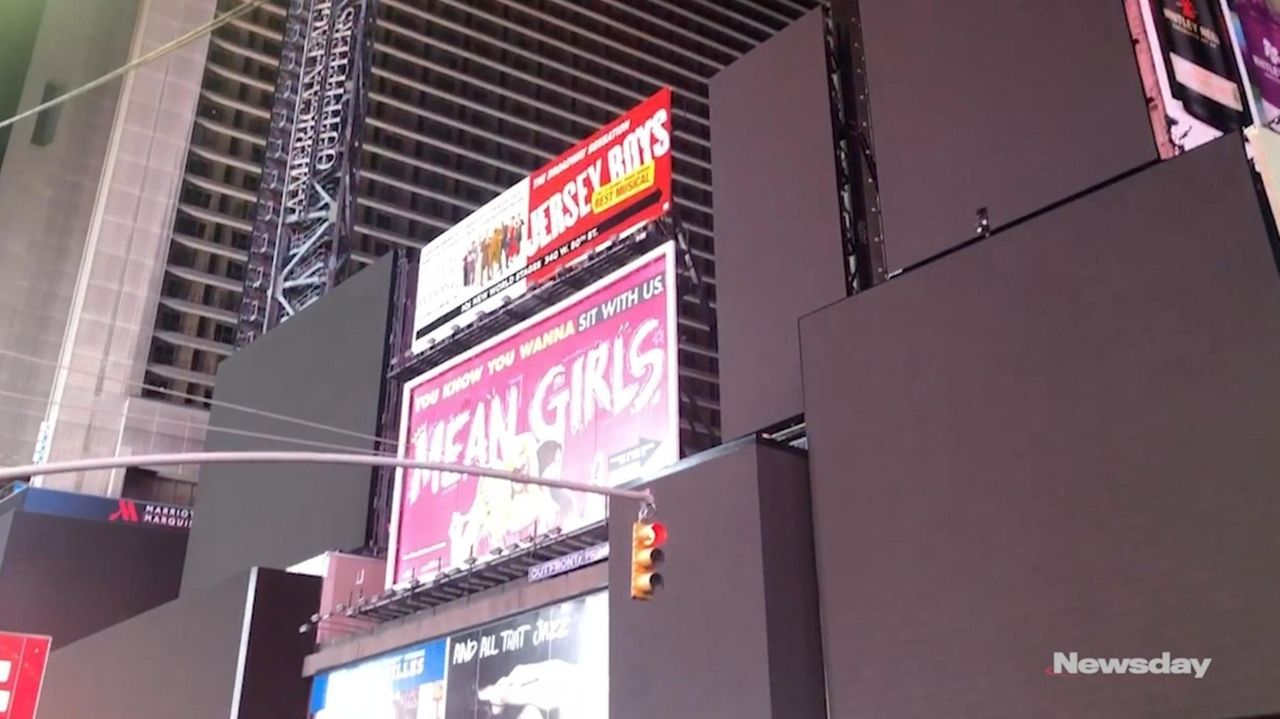 A power outage on Saturday struck Manhattan, stretching from Fifth Avenue to the Hudson River and from the West 40s north to 72nd Street, according to a source with the FDNY. Con Edison tweeted, “We are working to restore power to 42,000 customers primarily in the Westside of Manhattan.” Credit: Newsday / Shelby Knowles

A widespread outage in Manhattan on Saturday night knocked out power to thousands of people, disrupted subway lines and aboveground transportation, and closed Broadway shows.

An untold number of businesses also were affected in areas that included Times Square in the heart of the city.

The outage — which lasted about five hours — began at 6:47 p.m., said John McAvoy, CEO of Con Edison, in a news conference. Gov. Andrew M. Cuomo, in a statement just after midnight, said power had been fully restored.

Power has been restored after today's #blackout, but New Yorkers should continue to exercise caution as everything returns to normal.

McAvoy said that a “significant disturbance” at an electric transmission station caused power to be knocked out to about 73,000 customers. He said the cause of the outage will be investigated and was unknown Saturday night.

There were no reports of injuries or fatalities, Deanne Criswell, commissioner of New York City Emergency Management, said at the same news conference.

Mayor Bill de Blasio, who was in Iowa campaigning for president, tweeted shortly after 9:30 p.m. that there was no foul play; it was a “mechanical issue.” He also noted that police and firefighters were responding to the most urgent needs, “especially those stuck in elevators.”

As of about 10:30 p.m., power was back on at five of the six areas impacted, with the lone remaining area described as a network from 42nd Street to 32nd Street, and Hudson River to Broadway and Seventh Avenue, McAvoy said.

With the power back on, I’ve directed City agencies to investigate this evening’s blackout. They’ll work with ConEd to get to the bottom of what happened tonight and prevent another widespread outage like this. pic.twitter.com/r8Cl41SDsU

But getting around Manhattan was tough at the height of the outage. The Metropolitan Transportation Authority, via tweet about 7:50 p.m., encouraged "everyone to avoid below-ground subway stations" while Con Ed worked to restore power.

Later, Maxwell Young, MTA external affairs officer, said outages had knocked out power at four stations, which had been closed to the public: 59th Street-Columbus Circle; 47th-50th Streets-Rockefeller Center; 34th Street-Hudson Yards, and Fifth Avenue/53rd Street. There were delays on the 2 and 3 subway lines, and the A, C, D, F and M lines also were disrupted.

Update: We're back up and running.

Young said traffic signals on Sixth Avenue also were affected by the outage, which fell on the 42nd anniversary of the citywide blackout of 1977.

Cars clogged Seventh Avenue, where traffic lights were also out along part of the thoroughfare in Midtown.

The Long Island Rail Road, in a statement to its customers, said service was operating on or close to schedule into and out of Penn Station and promised updates if service was affected.

Meanwhile, for many, Saturday night in the city ground to a halt: Elevators were stuck with people in them, the FDNY said. A diner on Broadway at West 69th Street lost its lights, as did other surrounding businesses. And Jennifer Lopez's concert at Madison Square Garden was affected.

The Broadway show "Hamilton" tweeted that Saturday night's show had been canceled "due to the blackout in Times Square."

At 35th Street, Seventh Avenue had been divided between light to the east and dark to the west, with cars in gridlock in all directions. “I can’t find my keys, I can’t see anything!" a man yelled into a cellphone as he walked on.

“I’m in New York, I’m going dancing,” a woman firmly said to her partner. Without a vacant taxi to be had, they headed toward 14th Street on foot.

Jason Williams, who had traveled from Memphis for music industry meetings, waited outside the Renaissance Hotel for an Uber that remained clogged in gridlock three blocks away. Gripping his luggage, with the hotel unable to check him in because of downed computers, he was headed to a hotel on the East Side.

“This is rocking me,” Williams said, noting that his one-day trip to New York was ruined. “This is definitely rocking me.”

City Council Speaker Corey Johnson said that “Hopefully New Yorkers, as they always do when something bad or difficult happens, rise up and help each other."

Per ConEd, while waiting for power to be restored, be sure to:

🔦Use flashlights rather than candles or gas lanterns to minimize the risk of fire.

👵🏼👴🏾Check on friends or neighbors who are elderly, disabled, or have special needs. #blackout

Cuomo directed the Department of Public Service to investigate the outage. "While fortunately no injuries occurred as a result of this incident, the fact that it happened at all is unacceptable," Cuomo said in a statement before power was fully restored.

.@NYCEmergencyMgt is working with the NYPD, FDNY and city agencies to respond to power outages in Manhattan due to a manhole fire earlier this evening. Disruption is significant.

With much of Manhattan’s Theater District and performance venues in the blackout zone, musicians took to the streets during the height of the outage to play music for the crowds. Near “Hadestown,” the cast serenaded hundreds with a trombone playing along, according to video posted on Twitter.

Farther uptown, the members of the Millennial Choirs & Orchestras sang outside, their voices echoing to buildings above. The group had been scheduled to perform inside Carnegie Hall, at the Stern Auditorium, on Saturday night.

Zach Argro-Marino, manager of Junior’s restaurant on 45th Street, described the scene as “total chaos.” He said a Saturday night in the summer would normally mean $80,000 to $90,000 in business, but that he expected to lose more than half that.

“But at this point we’re mostly concerned about the safety of our employees and that they can get home safely,” Argro-Marino said.

With Andy Levenberg, Alfonso A. Castillo and Martin C. Evans