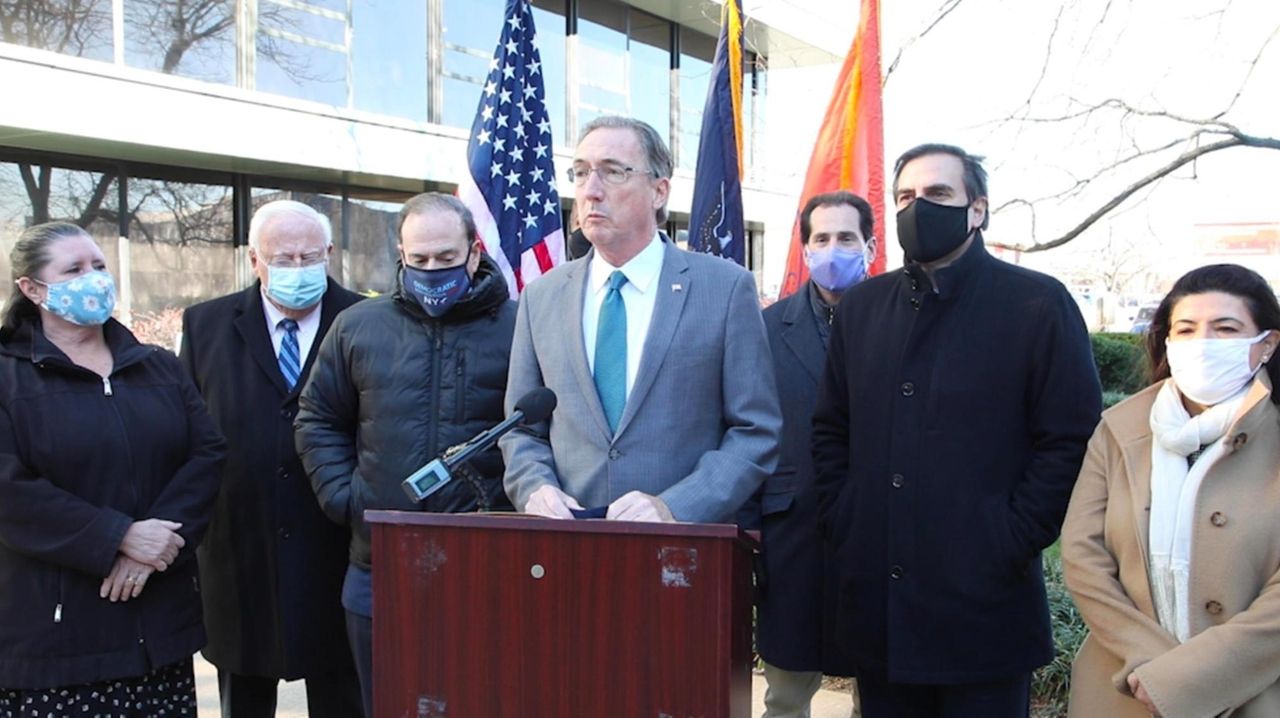 Also on Wednesday, Democrat Jackie Gordon conceded to Republican Andrew Garbarino in the 2nd Congressional District race to replace Rep. Peter King (R-Seaford). A Garbarino victory had been expected, as the Sayville Republican had been leading Gordon by more than 40,000 votes as of the most recent update.

And in Nassau County, Gina Sillitti claimed victory in a North Hempstead-based state Assembly district over Republican Ragini Srivastava. Like Gaughran, Sillitti trailed after Election Day, but prevailed after absentees were counted.

Gaughran (D-Northport) was one of several first-term Democratic senators whom Republican allies and police unions spent lots of money to unseat. Gaughran trailed Smyth by 13,844 votes after election night in the 5th Senate District, which covers parts of Nassau and Suffolk counties.

But Gaughran gained a net 9,372 votes after Nassau counted its absentees, cutting his deficit to 4,472. In Suffolk, with 106 of 178 election districts counted as of Wednesday morning, Gaughran gained about another 4,800 votes, Democrats said — putting him ahead for the first time.

Though there were still more than 7,000 absentees to count, Democrats say the math is going their way: Democratic voters outnumber Republicans by a 2-1 ratio among the remaining ballots. If Gaughran wins those votes, he’d need to garner just 30% of the ballots cast by unaffiliated and minor-party voters — and he’s been getting about 70% of those so far.

"We have won this race," Gaughran said at a wind-swept news conference outside Democratic headquarters in Garden City.

"On election night, it didn’t look so good. It was kind of bleak," Jacobs said. "But I said don’t count your chickens because there are a lot of absentees and now those absentees have come home to roost."

A short while later, Suffolk Republicans released a statement from Smyth conceding the contest.

"I congratulate Senator Gaughran on his reelection," Smyth said. "I encourage all residents who voted for me to support him as well to make Senate District 5 and the State of New York the best it can possibly be. Thank you to the countless volunteers who helped over the last several months; it’s been a campaign like none other."

Gaughran’s win maintains Democrats’ chances of winning a supermajority in the State Senate — two-thirds of 63 seats. Many races still have yet to be finalized.

After election night, Srivastava led by more than 3,000 votes. But by Wednesday morning, absentees had catapulted Sillitti to a more than 5,000-vote lead, prompting Democrats to declare victory.

The contest to replace King attracted national attention as Republicans and Democrats battled for control of the U.S. House. In the end, Garbarino, who had served eight years in the state Assembly, cruised past Gordon, a Babylon town board member.

"Jackie Gordon has just called me to concede and offer her congratulations. I look forward to getting to work," Garbarino said in a statement issued just after 4 p.m. "I am honored and excited to succeed Congressman Peter King, and represent New York’s 2nd Congressional District in Washington."

Poll: Hochul has a sizeable lead over Democratic rivals
Report: Kids hospitalized at greater rate during first month of omicron surge
Gov. Hochul to present a budget for a state flush with cash
1:51
How race is taught in LI schools — and why some educators feel under siege
1:51
Race in schools: A topic of local and national debate
COVID-19 positivity level falls below 13% statewide, cases drop, Hochul says
Didn’t find what you were looking for?