HEMPSTEAD — Over two days at Hofstra University, Gov. Andrew M. Cuomo marched out some of the Democratic Party’s elite to vouch for him at the party’s state convention: Joe Biden, Hillary Clinton, Tom Perez.

It was an effort by the New York governor trying to project a national image and beat back a primary challenge from Cynthia Nixon, analysts say. But it also was more than that, they say:

It’s the governor emphasizing a link with the party’s old guard. It’s a stab to keep Cuomo in the mix as a Democratic candidate for the 2020 presidential race, even if he’s not considered “top tier” right now. It’s an opportunity for Democratic National Committee chairman Perez to visit New York, where the DNC goes to raise lots of money. And it was a slap at those on the party’s left who have questioned Cuomo’s progressive credentials.

“It helps and it hurts” Cuomo, said Larry Sabato, director of the Center for Politics at the University of Virginia and a longtime national political observer. 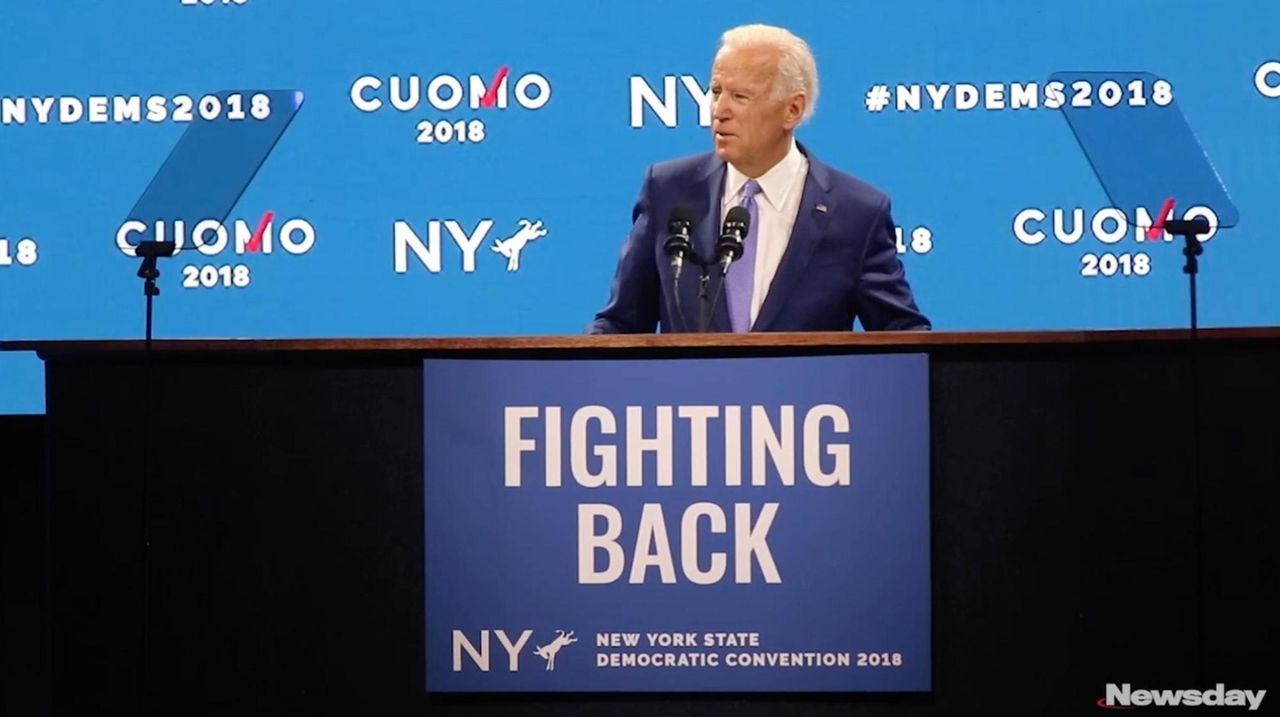 “It helps because it projects the image of a national leader,” Sabato said. “On the other hand, if there is anything we’ve learned from 2016, it’s that being anti-establishment pays off. There are lots of people in his party that don’t want anything to do with the party establishment.”

“He is trying to say he’s a person of national stature. ‘And who is Cynthia Nixon?’ ” said George Arzt, a longtime Democratic consultant who attended the party convention at Hofstra two weeks ago.

Clinton, the party’s 2016 presidential candidate and a New York senator from 2001-09, was the keynote speaker at Hofstra’s Mack Center. Cuomo served as housing secretary during President Bill Clinton’s second term. “Most of all, we need leaders who believe in producing results and getting things done,” Clinton told the crowd of Democratic insiders and delegates.

Biden echoed the same message the second day of the convention. The former vice president has appeared with Cuomo often in recent years, especially on infrastructure matters.

“There’s no question Andrew Cuomo is feeling the heat from Cynthia Nixon . . . so he’s calling on his friends, his old friends,” said Adrienne Elrod, who was the director of strategic communications for Clinton’s 2016 campaign. 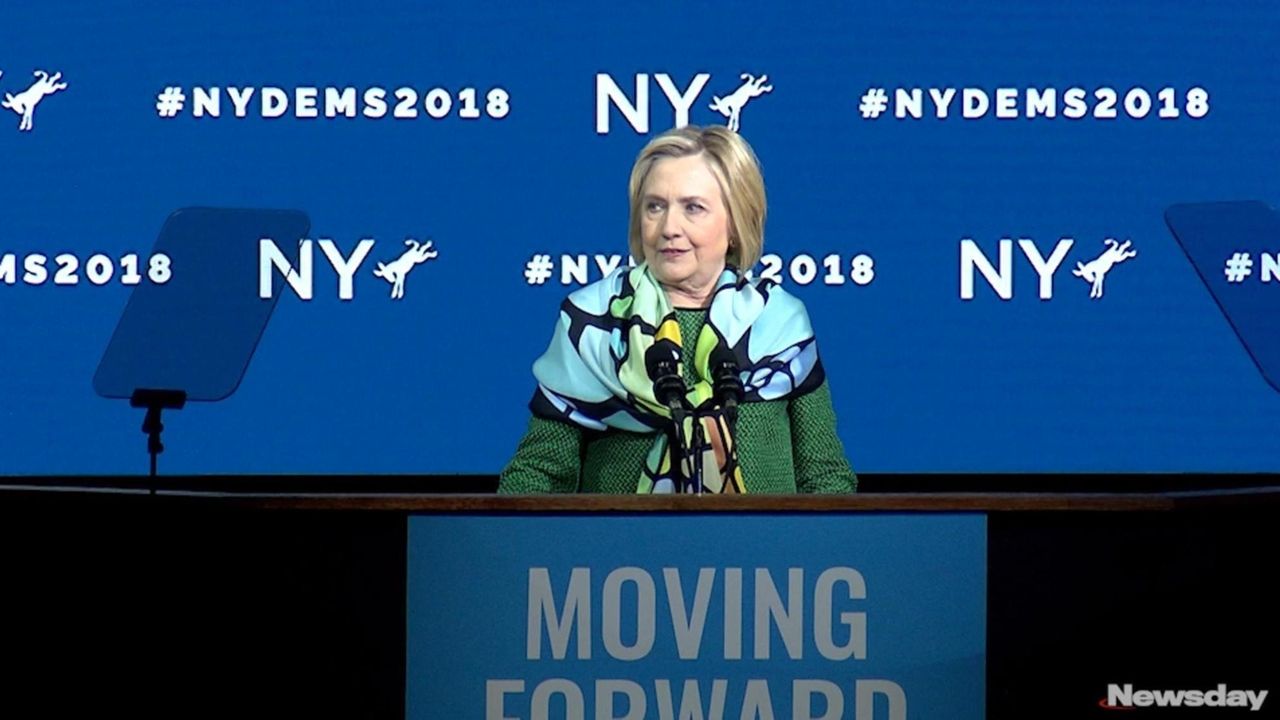 She said it was “absolutely” meant to be a national statement for Cuomo as well as one about his re-election campaign, saying “he’s got to get through this election first.”

Cuomo, who is thought to be considering a 2020 presidential run, isn’t in the top tier of Democrats in the mix, several consultants said. Many put New York Sen. Kirsten Gillibrand ahead of him. Besides boosting his re-election, bringing in the party heavy hitters helped generate some national coverage for Cuomo and keep his name out there.

“Andrew is doing what a lot of people are doing right now: positioning yourself to get lucky,” one said.

Clinton remains popular in New York but even some Cuomo backers privately questioned her role at the convention and said the party needed to move past the Clinton era.

“He’s positioning himself with the Clintons, but I’m not sure that’s wise,” one consultant said. “It’s time to move on.”

The presence of Clinton and Perez angered some on the left. Jumaane Williams, who is running for lieutenant governor and is aligned with Nixon, said it’s “telling people on the left to shut up.”

Vermont Sen. Bernie Sanders, who complained about the DNC in the 2016 campaign, said it was a mistake for Perez to endorse a candidate in a primary after saying he wouldn’t do so.

By the time the Sept. 13 primary rolls around, a lot of the May maneuvers probably will be forgotten, Sabato said. What happened at the convention can be a catalyst for the next step of Cuomo and Nixon campaigns, but it ultimately won’t tell the story of the outcome.

“Endorsements come and go with the breeze,” he said, “and I’ve never met anyone who voted one way or another because of an endorsement.”