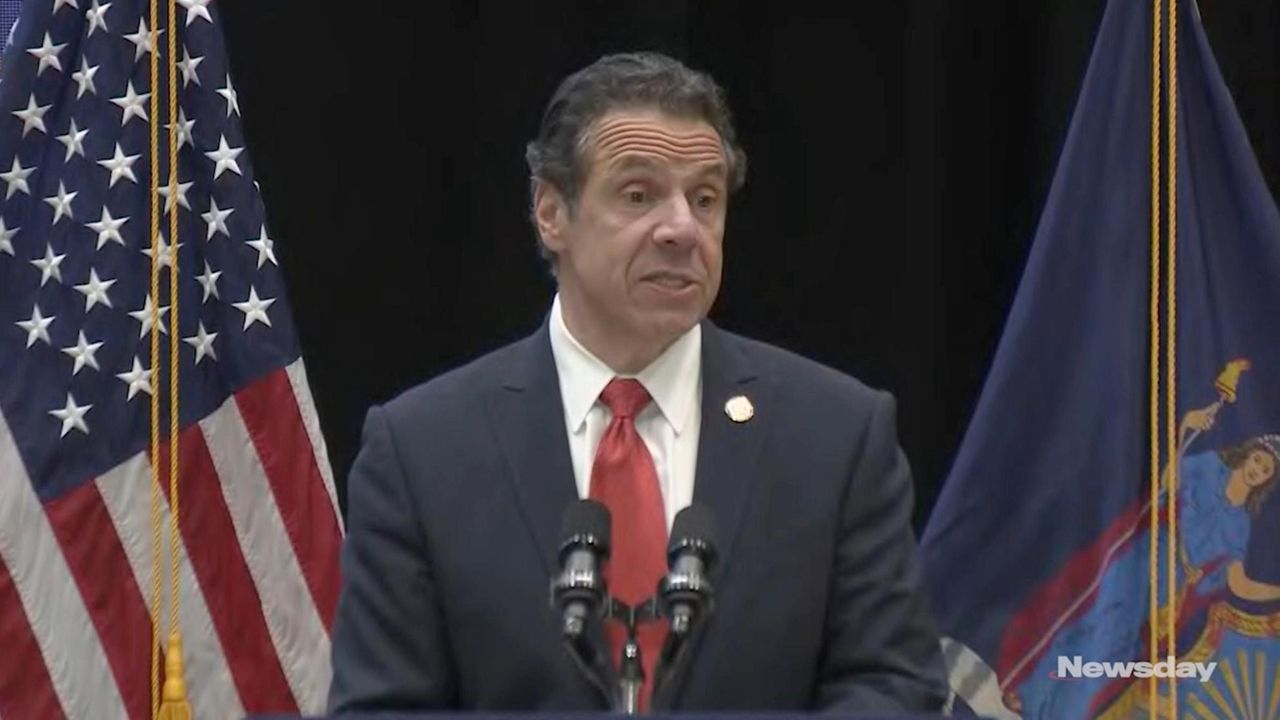 Gov. Andrew M. Cuomo touted his new $175.5 billion state budget in a Long Island roadshow Thursday, taking credit for, among other things, making the 2 percent property tax cap permanent, claiming it will save Long Islanders $76 billion over the next decade.

The governor appeared before an audience of more than 400 at Stony Brook University’s student activities center in a program hosted by the Long Island Association business group. During an hourlong slideshow with a large overhead screen, he reeled off dozens of ways the budget will benefit Long Island. On Wednesday, he delivered a similar roadshow on the budget’s impact for Western New York with a speech in Buffalo.

The governor also estimated that extra revenues from the new internet sales tax for out-of-state businesses will generate $19.8 million for Nassau and $25.5 million for Suffolk in the coming year.

He joked that he expects new money for both cash-strapped counties will make Suffolk County Executive Steve Bellone and his Nassau counterpart Laura Curran, who were also on hand at Stony Brook, happy. “It’s not about love, it's about the money,” the governor said.

Cuomo said the property tax cap has already saved residents $25 billion since it was first implemented in 2012. For the typical taxpayer, he projected, the savings over the next decade will be $71,000 in Nassau and $58,000 in Suffolk.

Curran praised Cuomo for his strong stand to make the tax cap permanent. “You made clear you would not sign the budget if it did not have a permanent property tax cap. Now $8.7 billion remains in taxpayers’ pockets,” she said.

Bellone also praised the state's investments on a whole range of programs: “What you saw here delivered on the environment, infrastructure and transportation … are pivotal to achieving our full potential,” he said.

Cuomo’s budget commits to investing $150 billion in infrastructure improvements over the next five years, which he estimates will generate 675,000 jobs. Among the planned improvements are work on the Long Island Rail Road, along with a press to overhaul the MTA’s management to make it more responsible. “That transportation system will fuel Long Island’s growth for the next generation,” he said.

Cuomo said that protecting state taxpayers is important in light of President Donald Trump's assault on New York by restricting deductions on state and local taxes to $10,000. The governor said New York is one of 10 states that send more to Washington than they get back, while 40 others take more from the federal government than they contribute. “We provide subsidies that are devastating to New York,” he said.