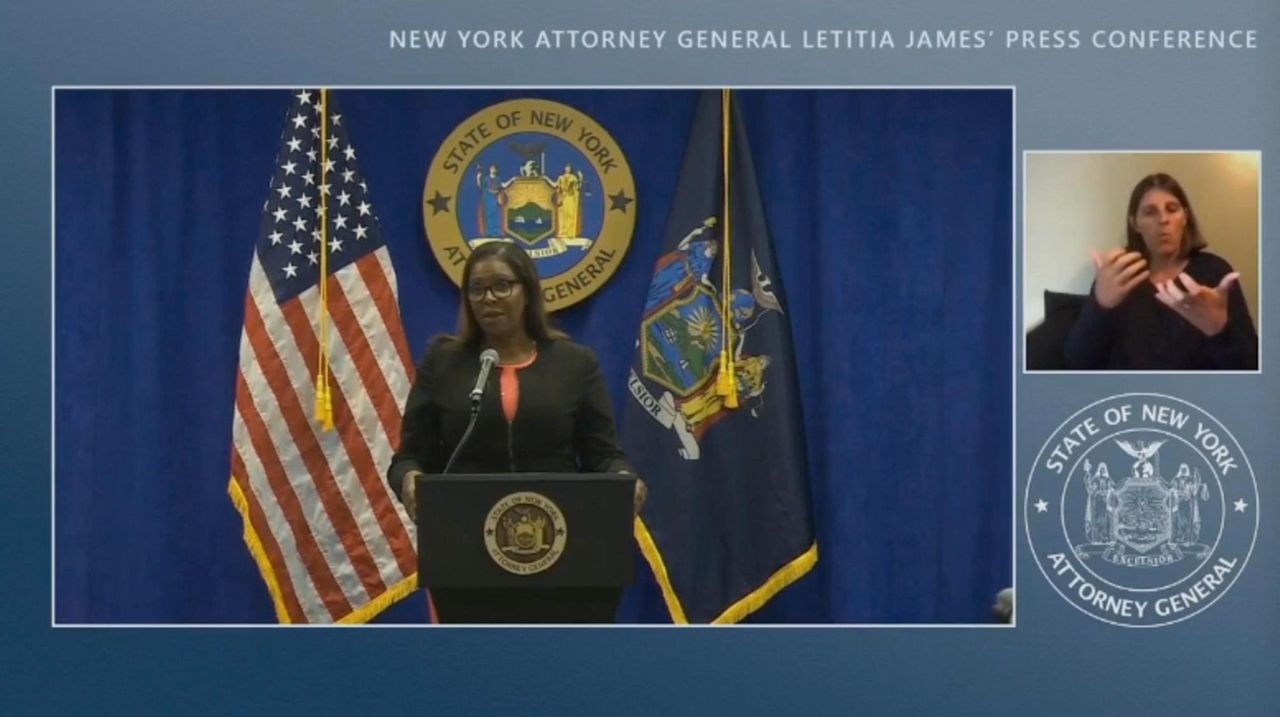 ALBANY — State Attorney General Letitia James on Thursday filed a lawsuit that seeks to dissolve the National Rifle Association, accusing its longtime leader Wayne Robert LaPierre and other executives of using the gun-rights organization as a “personal piggy bank” for gifts, lavish trips and personal use.

“For years, the NRA diverted millions and millions of dollars from its charitable mission for personal use by senior leadership,” James said.

The NRA called the lawsuit a “baseless attack” and politically motivated to damage the organization, which supports Republican President Donald Trump.

The spending included African safaris, gifts and golf memberships, said James, whose office includes enforcing charities laws. She also accused the senior executives of silencing whistleblowers and misleading auditors as well as failing to file required annual reports with her office and the Internal Revenue Service.

LaPierre “exploited the operation for his and his family’s benefit … and a close circle of NRA staff and board members,” James said. She said private jets LaPierre used to travel to the Bahamas eight times over three years cost the NRA more than $500,000.

The lawsuit also accuses LaPierre of setting up a post-employment consultant contract for himself worth $17 million without board approval.

“We need to dissolve this organization,” James said.

She said any criminal findings will be referred to the Manhattan District Attorney’s Office.

“We found that the NRA … fostered a culture of noncompliance and disregard for internal controls,” James said at a Manhattan news conference. “and contributed to the NRA’s current deteriorated financial state.”

The NRA has long been a force in lobbying nationally and in New York with a membership of 5 million, but government actions, including New York gun control laws, have reduced its influence in recent years.

The lawsuit, “is an unconstitutional, premeditated attack aiming to dismantle and destroy the NRA … The NRA is well governed, financially solvent, and committed to good governance. We’re ready for the fight. Bring it on."

The NRA filed its own suit Thursday against the state Attorney General’s Office.

James' lawsuit says LaPierre and his family took private flights to and from the Bahamas at least eight times since 2015.

“On most of those trips, LaPierre stopped in Nebraska on each leg of the trip to pick up and drop off his niece and her family. The NRA paid over half a million dollars for these flights," the lawsuit says.

"LaPierre testified that he often visits the Bahamas in December to attend a ‘celebrity retreat’ organized by an individual who is, upon information and belief, the principal stakeholder in several businesses that have business relationships with the NRA,” according to the suit.

The Bahamas retreats were often in December, but the lawsuit states LaPierre and his relatives also visited the islands in summer, sometimes staying on a marketing company’s 108-foot yacht “Illusions.” The marketing company referred to as MMP received $10 million in fees from the NRA.

“LaPierre has never disclosed his use of the MMP principal’s yacht on the NRA Financial Disclosure Questionnaires that he, as an officer and ex officio director of the NRA, must submit to the NRA secretary annually,” James’ lawsuit claims.

“LaPierre said that the reason he failed to disclose the use of the yacht was for security reasons and because he considered the yacht to have been used for a legitimate business purpose,” the lawsuit states.

“I was told Cuomo would use every resource to pursue his lifelong dream of defeating the NRA, and an ‘investigation’ of our association was on the horizon,” King said, citing a private conversation he said he had with former Democratic Attorney General Eric T. Schneiderman.

“The attorney general is independently elected,” Rich Azzopardi, Cuomo’s senior adviser, responded. “Paranoia is not a good look, especially from the local face of the firearm-industrial complex.”

But Cuomo did back James's lawsuit.

“The NRA has a long history of thwarting the rules that govern the not-for-profits in New York State,” Cuomo said. “That means the public is subsidizing every dollar that goes to that entity … ”

How much state aid could your school district get?
Where to look for a COVID-19 test on LI
Highlights of Gov. Kathy Hochul's 2022-23 budget
2:11
Brentwood twins hope to make Regeneron finalist list
2:37
Roy: 'New York has lots of money to spread around this year'
Hochul extends lead in poll, cash over Democratic rivals
Didn’t find what you were looking for?