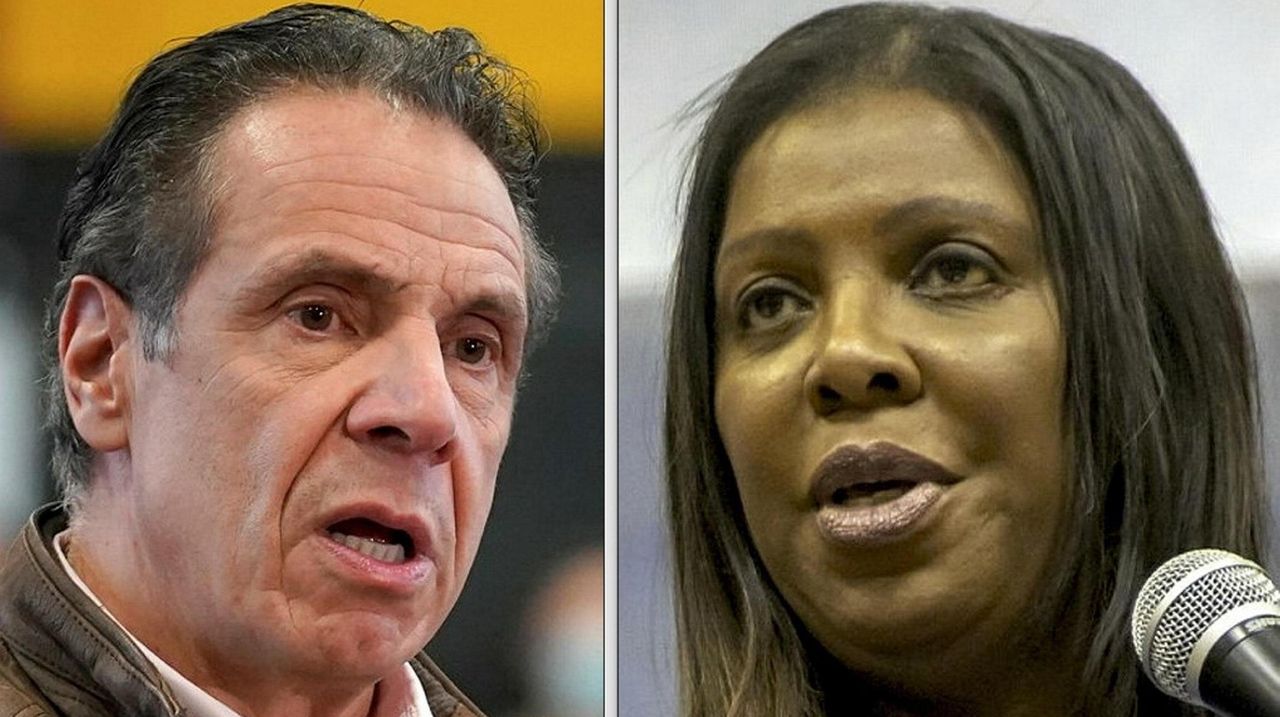 The lawmakers, including Sen. Alexis Weik (R-Sayville), said the "seriousness of the allegations clearly warrant a comprehensive, immediate investigation by an independent special prosecutor."

The Republican letter referred to an essay posted online Wednesday by Lindsey Boylan, a former high-ranking state economic development official, who said Cuomo made unwanted advances and kissed her without her consent. She said she resigned in 2018 not long after the incident.

The senators said Boylan’s claims shouldn’t be investigated by the state Joint Commission on Public Ethics because it is led by Cuomo appointees.

A number of other lawmakers around the state also have called for a probe, including New York Mayor Bill de Blasio.

In addition, the Time's Up Foundation, which was launched as part of the #MeToo campaign against sexual harassment, also called for a full and independent inquiry.

Boylan, who now is running for Manhattan borough president, had made general claims about Cuomo harassment in December. But on Wednesday, she wrote in more detail in a lengthy essay posted on Medium.com.

She said she wanted to call out Cuomo’s "bullying." She also said she was coming forward with specifics after Assemb. Ron Kim (D-Flushing) alleged the governor, in a phone call, threatened to "destroy" him for publicly calling for a criminal investigation of Cuomo’s handling of the COVID-19 pandemic. A Cuomo aide has said Kim was lying about details of that phone call.

Day after NY reopening, not all are ready to drop safety measures
Murder, auto theft increased in 2020 amid pandemic
How to get a COVID-19 vaccine appointment
Jones Beach fireworks celebrates 70% vaccination rate
1:52
Cuomo lifting pandemic restrictions: New York going back 'to life as we know it' after reaching vaccine threshold
1:52
New York reaches major COVID-19 vaccination milestone
Didn’t find what you were looking for?