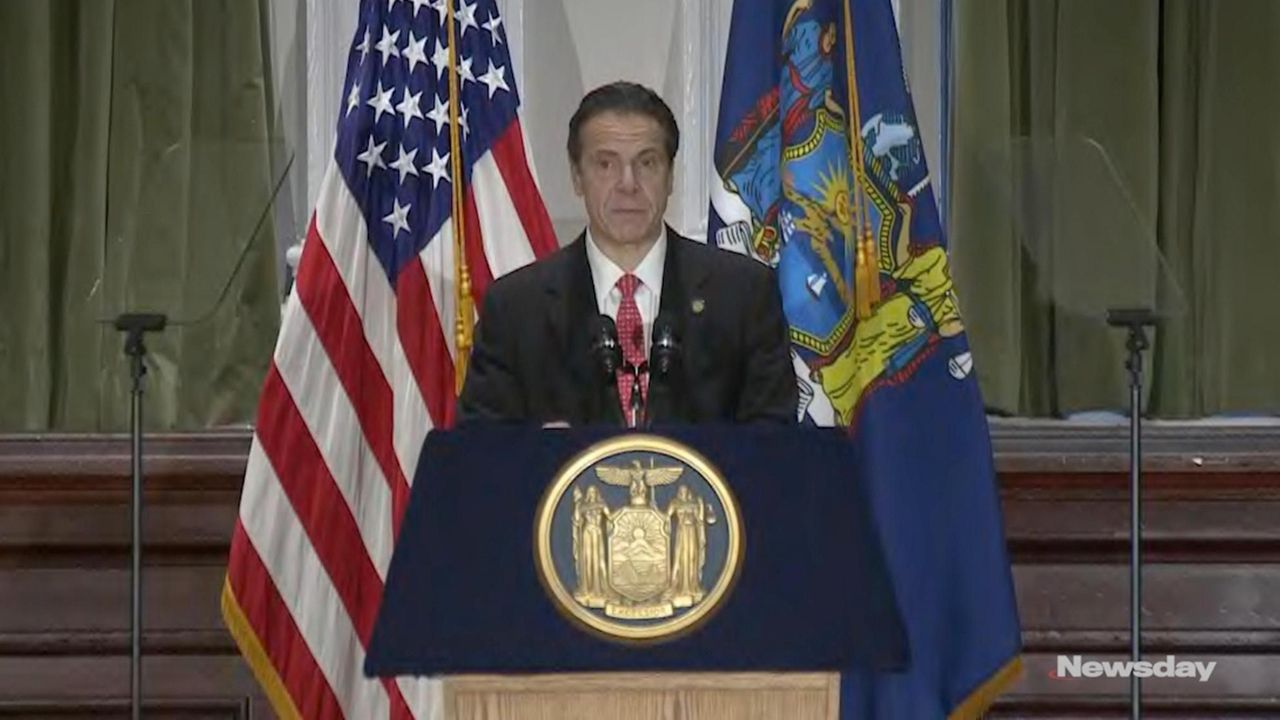 Gov. Andrew M. Cuomo called on Monday for legalizing recreational marijuana as part of his 2019 legislative agenda, completing his own 180-degree turn on the issue, putting New York in line with 10 other states and potentially generating hundreds of millions in tax revenue, he said.

The Democrat was once the most powerful opponent of not only recreational marijuana but also medical marijuana before being pushed on the issue by state legislators. As recently as 2017, he had called marijuana a "gateway drug." But with other states and Canada legalizing it, and other Democrats calling it a matter of social justice, the governor's position has changed.

“Let’s legalize the adult use of recreational marijuana once and for all," Cuomo said in a speech before the New York City Bar Association in Manhattan. He said legalization would be part of a "justice agenda" that would "address the forms of injustice that for too long have unfairly targeted the African-American and minority communities."

The governor signaled earlier this year that he was poised to change his position when he created a group to study recreational marijuana issues. But this was the first time he explicitly called for legalization himself.

Cuomo, re-elected to a third term in November, outlined a 2019 agenda that included more than a dozen major policy initiatives – all of which  had long been championed by Democrats in the State Legislature, but blocked by a Republican-controlled State Senate. Democrats won a commanding Senate majority in this year’s elections and now control every level of New York state government.

The governor called for ending “vacancy decontrol,” the process whereby primarily New York City apartments can be removed from rent-control oversight when tenants move out. And he said the 2 percent property-tax cap should be made permanent, instead of having to be renewed every few years, and middle-income households should get a tax cut. The legislative session is set to begin Jan. 9.

Specifics aside, the concept of legalization is likely  to have strong support in the state Senate and the Assembly.

Sen. Liz Krueger (D-Manhattan), primary sponsor of a bill to legalize marijuana, said many lawmakers have “evolved” on the issue, just as Cuomo has. But she said some still are lagging behind public opinion, which now favors marijuana — 52 percent to 44 percent in the latest Siena College poll of New York voters.

Including it as an element of the state budget “might be the right way to approach this,” Krueger said, as opposed to considering a separate, freestanding marijuana bill. That’s because it would include elements of taxation, state revenue and regulatory oversight. It might also include some sort of "cannabis commission" to oversee the overlapping tax, health, agriculture and licensing issues, she added.

Strategically, more legislators might be willing to support a budget package that includes marijuana, rather than vote directly on legalization. It’s a tactic New York lawmakers have used with other hot-button issues through the years, such as raising the minimum wage and college tuition.

Earlier this year, New York City Comptroller Scott Stringer issued a report estimating the state could reap about $436 million annually in marijuana taxes and  the city another $335 million. He estimated there are some 1.5 million marijuana users in the state.

Marijuana supporters hailed the governor, as did the Legal Aid Society – which has said marijuana laws disproportionately hurt minorities and poor people. New York Mayor Bill de Blasio, an aide said, looks forward to working with the governor and state Legislature to "prepare for legalization."

"This work is already underway in New York City, and we will be sharing the findings of the Mayor’s Task Force on Cannabis Legalization later this week," said spokeswoman Olivia Lapeyrolerie.

But others cautioned the state to move slowly.

"The governor’s call for legalized adult use of marijuana may bring many unintended consequences,” said John Coppola, executive director of the New York Association of Alcoholism and Substance Abuse Providers. The group cited possible increases in addiction and instances of impaired driving.

Cuomo said he tailored his agenda and speech around the question of "What would FDR do today," referring to Franklin D. Roosevelt, and he cast it as New York's progressive answer to the agenda of Republican President Donald Trump. The speech  had more than 30 references to FDR.

"My friends, let this agenda be New York's Declaration of Independence," Cuomo said. "We declare independence from this federal government's policies."

Like FDR, Cuomo said, he wanted lawmakers to act on many elements of his plan in the first 100 days of the legislative session. A new abortion-rights bill could be timed to win approval on or before the Jan. 22 anniversary of the landmark Roe v. Wade decision, a source said, and a new gun-control law for the Feb. 14 anniversary of the Parkland, Florida, school shooting.

If New York legalizes recreational marijuana, it will join the following states (and one federal district):