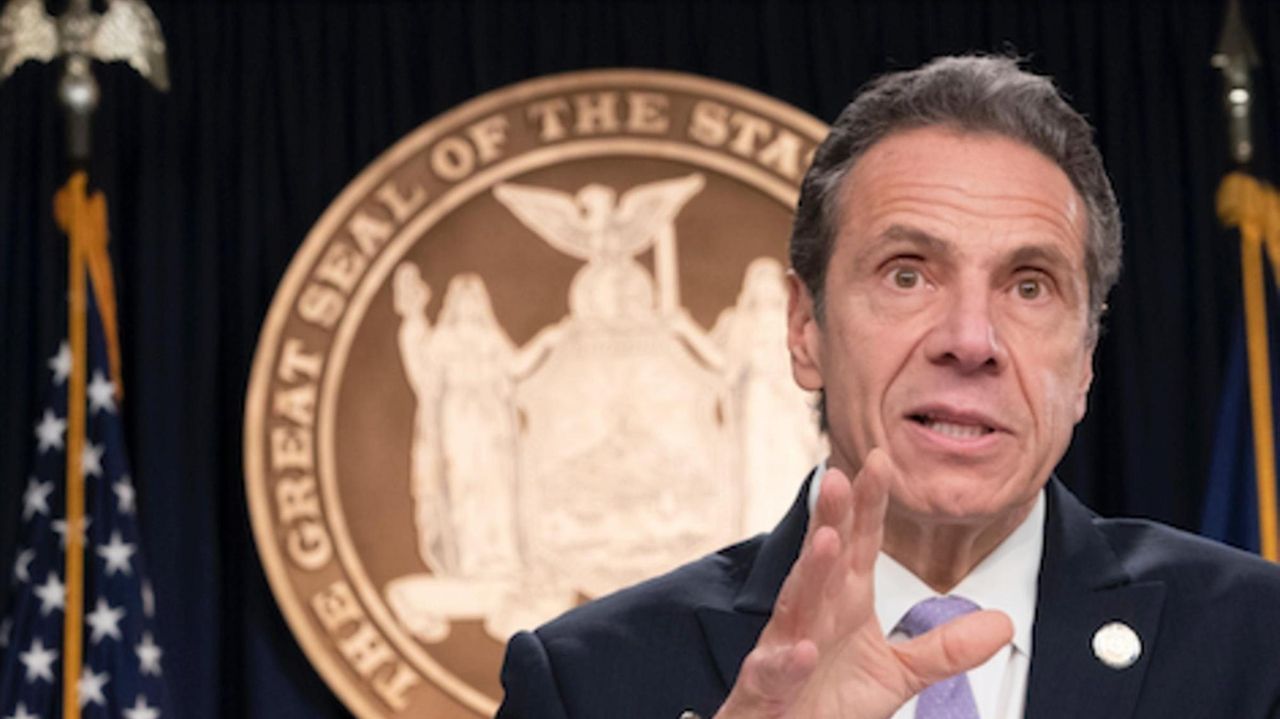 Gov. Andrew M. Cuomo on Thursday proposed legalizing electric bikes and electric scooters across New York, in what would be the first new modes of motorized transportation to be allowed on state roads in generations.

Speaking at his Manhattan office, Cuomo said he’d like the legislation to pass by April 1 — and as early as next week.

Permitting the devices, he said Thursday, will help reduce traffic and pollution from automobiles and ease life for food delivery workers who rely on the e-bikes, which are now illegal.

If Cuomo’s proposal becomes law, New York State would join a growing number of U.S. jurisdictions — including Washington, D.C., California, and New Jersey — that have greenlighted the devices in recent years.

In those places, short-term rental programs allow people to use apps on their smartphones to locate the devices in public, rent them short-term, ride them to a destination, and then leave them for the next user.

Last year, Hempstead solicited proposals for an e-scooter sharing program to operate in the town, pending the state legalizing the devices, that would give the town a cut of rental fees. Other jurisdictions have sought to have similar programs.

Under the legislation Cuomo is proposing, different types of e-bikes would have speed limits ranging from 20 to 25 miles per hour, and the more powerful e-bikes would come with helmet mandates.

E-scooters would have a 15 mph limit. Neither device could be used on the sidewalk. Users of the devices would need to be 16 or older, and e-scooter riders under 18 would be required to wear helmets.

And Cuomo would restrict the devices to roadways with speed limits of 30 miles per hour or less, which would amount to banning them on major highways.

Local jurisdictions could pass stricter rules on their streets or opt out from allowing the devices altogether, Cuomo said. His office gave the examples of a lower maximum speed and mandating special clothing for riding when it's dark.

This sort of patchwork regulation exists in certain other jurisdictions where e-bikes and e-scooters are legal, such as the Los Angeles area: the e-scooters stop working in Beverly Hills, where they’re banned, even as they are operable across the street, in Los Angeles proper.

Advocates for food delivery workers have long sought the legalization of e-bikes, which are commonly used by the workers but illegal, subjecting the bikes to confiscation and the workers to ticketing.

This has been a hardship for the workers, who often rely on the bikes and are often immigrants and poor, according to Cuomo.

The press office for Mayor Bill de Blasio, who has been an e-bike foe, did not immediately respond to a message asking how New York City would conduct enforcement. The city would need to legalize the devices.

Asked whether he has ever ridden an e-scooter, Cuomo joked: “As soon as Harley makes an e-scooter …” but then clarified that he would consider it — apparently regardless of manufacturer.

2:56 Cuomo 'must resign,' State Senate leader says
2:56 Can Gov. Cuomo still lead the state amid harassment accusations?
2:27 Sex harassment allegations against Cuomo: The story so far
Curran: Nassau Coliseum to be a COVID-19 vaccination site
2:27 Long Islanders react to accusation against Cuomo
Cuomo accuser: Officials downplayed my complaint
Didn’t find what you were looking for?