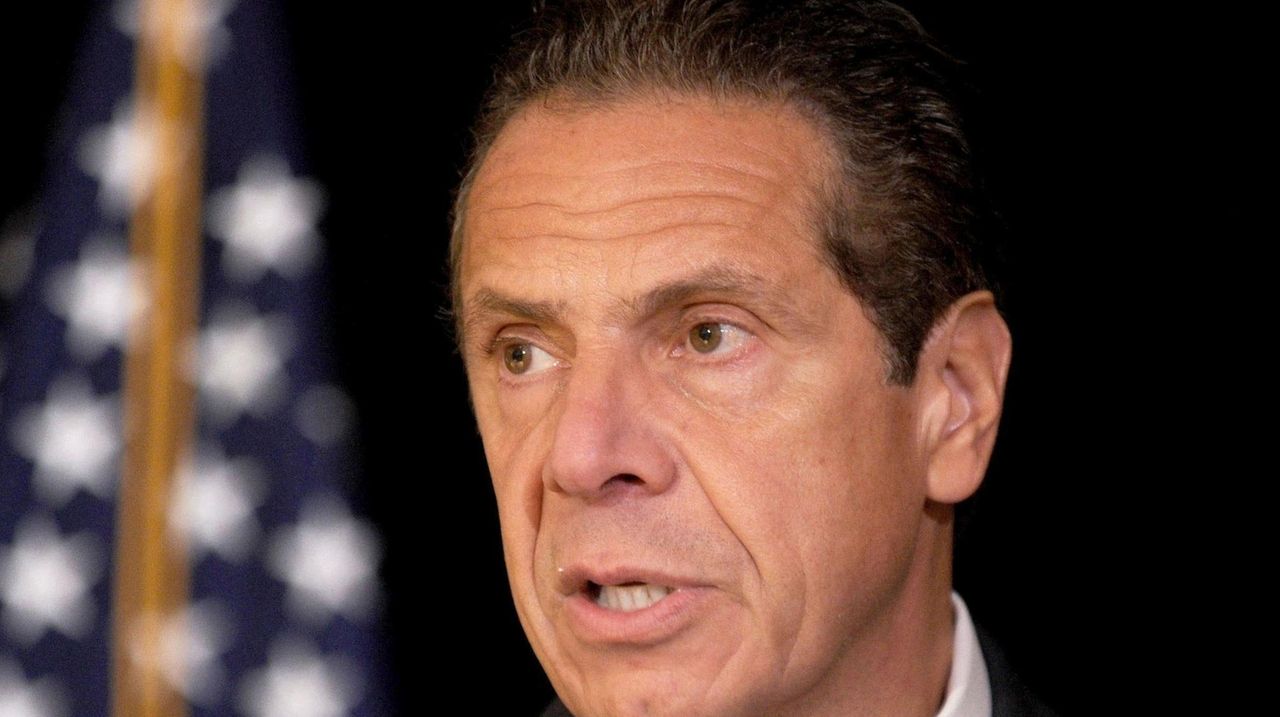 Newsday's Albany bureau chief Yancey Roy says that Governor Cuomo keeps saying he can’t wait to tell his side of the sexual harassment allegations and It’s almost certain he will. Cuomo will have to talk to investigators appointed by the attorney general, either voluntarily or under subpoena.

ALBANY — If you’re looking for when the investigation into sexual harassment allegations against Gov. Andrew M. Cuomo is nearing an end, the answer is easy, experts said.

It will be when Cuomo himself testifies. Or is asked to and declines.

Cuomo, if he is to clear himself, will have to talk to investigators appointed by Attorney General Letitia James, either voluntarily or under subpoena, experts said.

At the same time, the investigators themselves can’t possibly tell the public they’ve done a thorough job without talking to the accused, Cuomo. Or at least trying to.

"Cuomo will be the last person interviewed," said Karl Sleight, a private attorney who once led the state ethics panel that investigated former state comptroller Alan Hevesi for corruption.

Sleight added "typically" because there is no rule for interview order, but the accused typically goes last.

Others who have been involved in such cases agreed.

"My experience is, the way these things are normally done is you wait till the end to talk to the subject," said Kevin Mintzer, a Manhattan lawyer who has represented women in numerous sexual harassment cases, including one against a state assemblyman.

"It’s safe to say they won’t be speaking to (Cuomo) until they feel they have a good idea what happened based on other testimony and documentation," Mintzer said.

James on Friday wouldn't put a time frame on the investigation but said it would be "thorough and comprehensive."

"Our investigation will conclude when it concludes," she said.

Cuomo, a third-term Democrat facing multiple other scandals as well, keeps saying he can’t wait to tell his side of the sexual harassment allegations.

"The truth will be told and the truth is much, much different from what has been suggested," Cuomo said earlier this month.

Cuomo, in his 11th year in office, is facing multiple accusations, including from former and current administration staff, of unwanted sexual advances. At least one woman has alleged the governor groped her. Another has said the 63-year-old governor attempted to groom her for a sexual relationship. Several of the women already have testified under oath, marking an important step in James' probe.

But the governor's testimony will be the last crucial piece.

Publicly, the governor has changed his tone in talking about the allegations that were first leveled in March.

He’s gone from a choked-up general apology to defiantly declaring he’s done nothing wrong — all while subtly suggesting the investigation shouldn’t necessarily be the last word.

In March, the governor went before television cameras to say he understood he "acted in a way that made people feel uncomfortable."

"It was unintentional and I truly and deeply apologize for it," Cuomo said. "I feel awful about it and, frankly, I am embarrassed by it."

But as time passed, Cuomo increasingly has pushed back on the allegations and said he did nothing wrong.

"I have tried to be respectful of the process, but at the same time it has been very difficult letting people make accusations and not responding," Cuomo said April 29. "And people have only heard one side of the story. I can’t tell you how eager I am to tell my side of the story."

Asked May 3 if the state Assembly — which is conducting an impeachment inquiry that is broader and separate from James’ investigation — should take James’ eventual findings at face value, the governor said he wasn’t telling New Yorkers to "have faith in anything." Later, he contended his remarks weren’t aimed at James.

His claim drew rebukes from one of his accusers, her attorney and an anti-harassment working group who said it showed the Democrat is ignorant about how state law defines sexual harassment.

Further, Katz has said the governor is trying to undermine the investigation following a "playbook" employed by former President Donald Trump: "Attack the accusers, attack the investigators, and ultimately, conduct an assault on the process."

The Cuomo administration has denied he’s making any attempt to undermine the investigation.

For her part, James said she wouldn't respond to "personal attacks on me and my office."

"Politics stops at the door," she said. "Anything other than that, obviously I ignore."