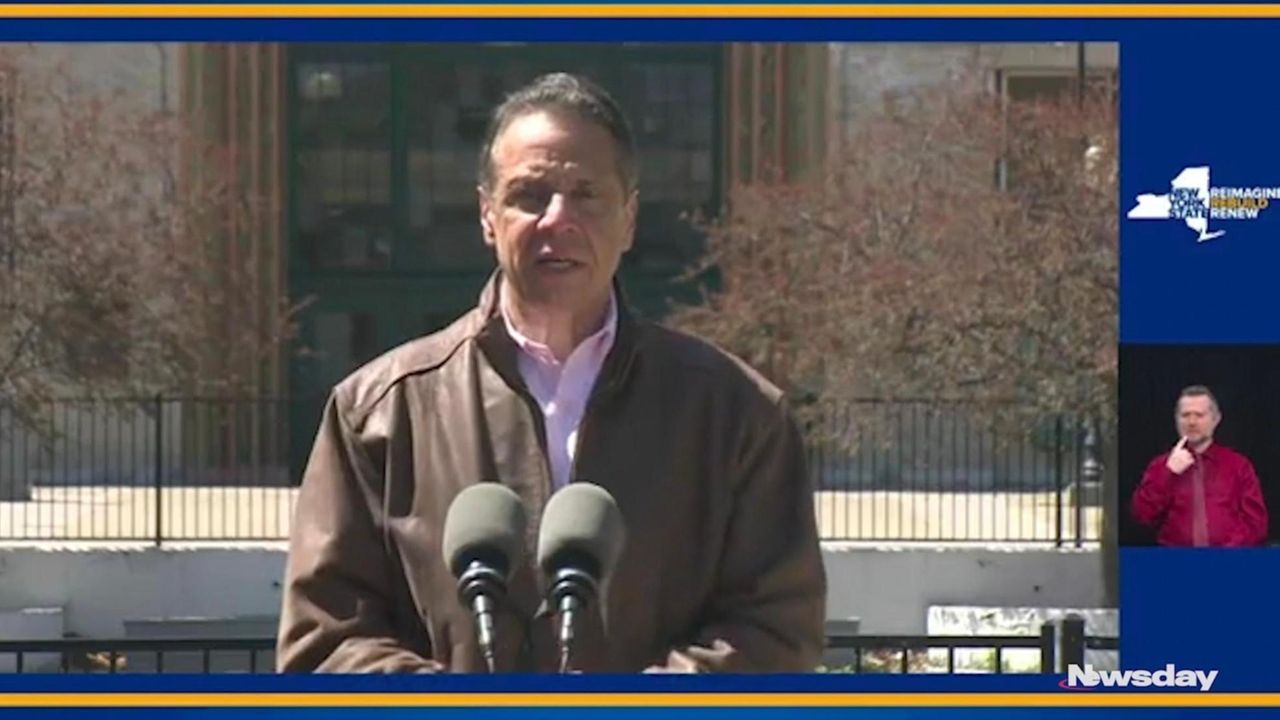 At Monday’s event at the State Fairgrounds in Syracuse, Cuomo was asked if he had groped a young female aide and sexually harassed other young women working for him in the executive chamber, as nine women have alleged.

Cuomo denied news reports quoting women who said he used inappropriate language that made them feel uncomfortable and made it difficult to do their jobs. Those actions are part of the definition of sexual harassment contained in the executive chamber employee handbook.

"I never said any such things," Cuomo said. "They printed slurs and slander … people say a lot of things. People are venial, people want attention, people are jealous."

Cuomo has spent much of this year holding events away from Albany, from which reporters and the general public were barred.

He has been surrounded by groups of supporters in events closed to the press where he often delivered positive news about COVID-19 vaccinations and announced state spending for regional projects.

He said reporters were barred out of concern of spreading the virus, although the events were held in large halls or gyms. Instead, he held telephone and Zoom conferences in which he controlled reporters who asked questions and often muted follow-up questions.

On Monday, Cuomo's official schedule was released about an hour before the event. But word leaked early enough to provide time for some Albany reporters to make the two hour trip to Syracuse.

Richard Benedetto, an adjunct lecturer of government at American University in Washington, D.C. and a former White House correspondent, said holding a news conference in Syracuse "appears to be a ploy to avoid the Albany press corps, which is likely to ask tougher questions."

Sometimes, Benedetto said, "politicians in trouble think that a clever strategy is to go over the heads of the media and appeal directly to the people. And sometimes that works, but only to the extent that the public is sympathetic toward you in the first place. In Cuomo's case, there appears to be little public sentiment on his side."

Debra Katz, an attorney for one of Cuomo's accusers, Charlotte Bennett, called Cuomo's statement Monday, "his effort to actively undermine the attorney general’s independent investigation into his sexual harassment of my client … and numerous other women."

Katz said Cuomo’s comments "raise serious questions about what he considers to be appropriate behavior in the workplace."

Also at the news conference, Cuomo also said some state workers volunteered last year to edit his memoir, but that he has no record proving they were using their own free time.

State Attorney General Letitia James is investigating that assertion of misuse of state workers and resources as well as sexual harassment accusations against Cuomo.

"I didn’t have them sign a volunteer form, if that’s what you mean," Cuomo told reporters.

Last Friday, Cuomo told reporters there were records that show when an employee is working on time and when they are on their own time.

A Cuomo spokesman had no immediate comment on the two statements.