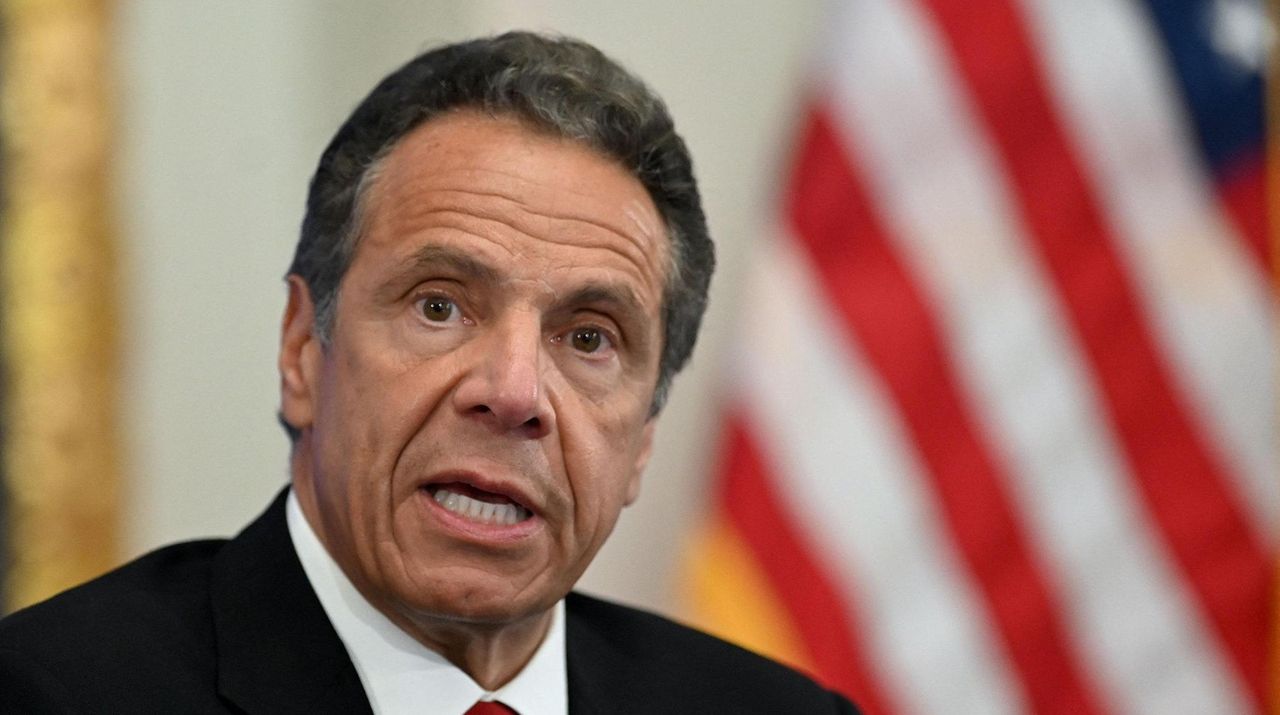 ALBANY — Under mounting pressure, Gov. Andrew M. Cuomo on Sunday relented and agreed to have the state's attorney general investigate sexual harassment claims against him. He also acknowledged for the first time his behavior with women "may have been insensitive" and "misinterpreted as unwanted flirtation."

The third-term Democrat issued the statement Sunday night saying his office would refer the allegations to Attorney General Letitia James to deputize a special investigator with subpoena power. It came after other top Democrats in New York rejected two other proposals that would have allowed him to retain some say over who would investigate.

James, having won a nearly 24-hour fight to take over the case, vowed her office would "oversee a rigorous and independent investigation." She will have sole authority to appoint the investigator.

In his statement, Cuomo, 63, went on to maintain he never inappropriately touched or propositioned anyone. But he said he had teased people and made jokes about their personal lives in an attempt to be "playful."

"I never intended to offend anyone or cause any harm," Cuomo said. "I now understand that my interactions may have been insensitive or too personal and that some of my comments, given my position, made others feel in ways I never intended. I acknowledge some of the things I have said have been misinterpreted as an unwanted flirtation. To the extent anyone felt that way, I am truly sorry about that."

The events Sunday capped a 24 hours of political drama that had Democrats across New York lining up with James and none publicly coming to the governor's defense.

At issue are allegations by two former aides that Cuomo, a Democrat in his 11th year in office, made unwanted advances they viewed as sexual overtures — including an incident that allegedly resulted in an unwanted kiss.

The latest harassment allegation came Saturday when Charlotte Bennett, 25, said in an interview with The New York Times that the governor had asked her numerous questions about her personal life — including whether she thought age made a different in romantic relationships — and had said that he was open to relationships with women in their twenties.

Bennett said she "absolutely" viewed those as clear overtures to a sexual relationship. Cuomo responded that he "never made advances" toward Bennett and said he had intended to be a mentor.

From legislative leaders to New York's two federal senators to a group of 25 women in the state Assembly, fellow Democrats rejected Cuomo first two proposals on how to handle the allegations.

First, Cuomo suggested Saturday he would name a retired federal judge — who worked with a Cuomo confidant — to lead a review. By noon Sunday, he proposed James and the state’s chief appeals court judge, Janet DiFiore, agree on a third party to do the job.

The ideas landed with a thud.

"Enough is enough. The accused is still trying to control this process," Rep. Kathleen Rice (D-Garden City) said on Twitter. "Make the referral to the AG with subpoena power ASAP."

"There is no doubt in my mind that the attorney general could handle this on her own. I don’t know why you need the chief judge involved," Rep. Tom Suozzi (D-Glen Cove) said.

Democrats wanted Cuomo to formally refer the matter to James, a process that would give her subpoena power, full legal authority and put "teeth" into the inquiry, officials said.

The governor acquiesced after 5 p.m. Sunday — about an hour after Democratic Sens. Charles Schumer and Kirsten Gillibrand both said James should be given the case to assure an independent investigation.

"These allegations are serious and deeply concerning," Gillibrand said. "As requested by Attorney General James, the matter should be referred to her office so that she can conduct a transparent, independent and thorough investigation with subpoena power."

That no other Democrat had endorsed Cuomo's proposals tied into the governor facing turmoil on multiple fronts from his bruising political style, decisions on handling COVID-19 patients in nursing homes and control of all state policy since the pandemic began.

Jay Jacobs, the state and Nassau County Democratic chairman, backed an independent investigation, saying any structure has to "pass the smell test."

"What's needed is an investigation that the people of the State of New York would see as truly independent," Jacobs said. "It's not for me to determine what that looks like. But it has to pass the smell test."

Others pointed out another potential issue with the governor's second proposal: DiFiore was nominated by Cuomo in 2015 to be the state's chief judge. She also served as Cuomo's initial leader of the state Joint Commission on Public Ethics.

Senate Minority Leader Rob Ortt, a Niagara County Republican, became the first legislative leader to call for the governor’s resignation. Ortt cited not only the harassment allegations but also a federal investigation of Cuomo’s handling of nursing homes amid the pandemic and his alleged threat to destroy the career of a Democratic critic of the governor.

"The governor has repeatedly broken the public’s trust, he has demonstrated toxic leadership qualities and he is irreparably compromised in his dealings … with the legislature," Ortt said. "For these reasons, I believe Governor Cuomo must resign."

Even the White House weighed in on Sunday.

Press Secretary Jen Psaki said President Joe Biden supports an independent investigation into the allegations against Cuomo. She said Bennett and Boylan "should be treated with respect and dignity" and "every woman should be heard."

"There should be an independent review looking into these allegations, and that’s certainly something he supports and we believe should move forward as quickly as possible," Psaki told CNN’s "State of the Union."

When asked if Biden believes the essence of the allegations, based on Biden’s comments on the campaign trail that women coming forward about sexual harassment and misconduct should be believed, Psaki said: "Of course."

New York City Mayor Bill de Blasio, taking in all the swirling controversies, cited the federal investigation of Cuomo's handling of nursing homes and the sexual harassment allegations and called for immediate action.

"Questions of this magnitude cannot hang over the heads of New Yorkers as we fight off a pandemic and economic crisis," the mayor said in a statement. "The State Legislature must immediately revoke the governor’s emergency powers that overrule local control. In addition, two fully independent investigations must be held immediately into the deaths at nursing homes and the disturbing personal misconduct allegations."

With Rachelle Blidner and Michael Gormley

Doctors: Best defense against omicron variant is booster
Rep. Tom Suozzi announces NY gubernatorial run
1:40
How the state can help struggling students improve
Gov. Hochul frequently invokes her faith in public addresses
Source: Suozzi to decide Monday on reelection bid or run for governor
Analysis: More than 60% of LI students who took ELAs in grades 3-8 were proficient or advanced
Didn’t find what you were looking for?