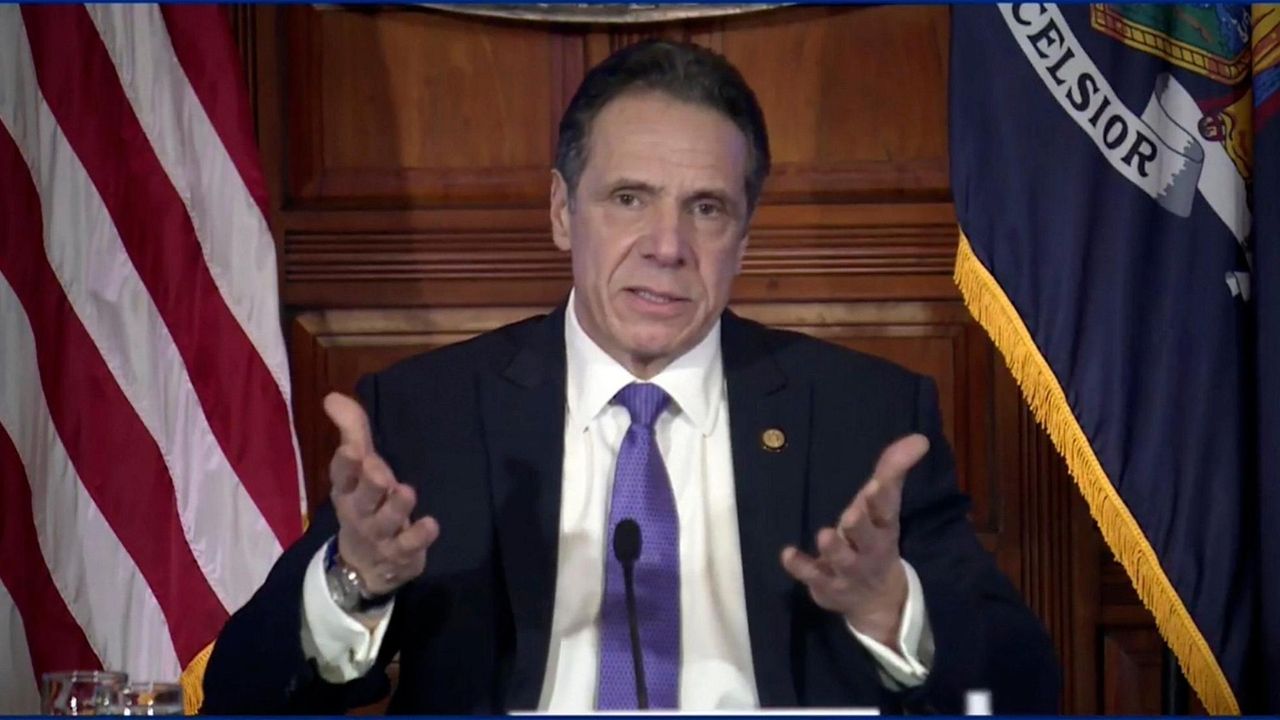 ALBANY — The Cuomo administration confirmed on Friday published reports that it withheld data on deaths of nursing home residents in hospitals last summer in its report to the public and State Legislature, but defended the action by saying the data wasn’t yet confirmed as accurate.

Department of Health spokesman Gary Holmes confirmed "out-of-facility deaths were held aside for verification." The Wall Street Journal and the New York Times reported Thursday that aides to Gov. Andrew M. Cuomo and the state Health Department made changes to its nursing home status report in July that undercounted deaths of nursing home residents.

"The decision was made to initially release the report without the out of facility data and to later update the report to include the out-of-facility deaths," Holmes said. "This was done in February and as Dr. Zucker had testified to the Legislature, the conclusions remained the same as in July."

Hours after the news broke that the data had been withheld from the July report, a high-level Cuomo aide distanced himself from the final version.

"I was asked to help review and provide feedback on the scientific language in that public report to make it more accessible for a general audience," said James Malatras, currently the chancellor of the State University of New York but also part of Cuomo’s team to combat the pandemic. "To be clear, I included the fatalities data provided the New York State Department of Health, which I did not alter and change."

Cuomo counsel Beth Garvey later said Malatras, Cuomo chief of staff Melissa DeRosa and another top aide, Linda Lacewell, were "involved in reviewing the draft report — (but) none of them changed any of the fatality numbers or 'altered' the fatality data." Garvey said "the chamber" concluded the data on all deaths in homes and hospitals wasn't yet complete or verified and that "it did not need to be included, because it did not change the ultimate conclusions."

"If any state employee knowingly whitewashed an official report to cover up the deaths of New Yorkers, that is unacceptable and unethical, at best," tweeted Sen. Todd Kaminsky (D-Long Beach), who is a former federal prosecutor. "We need to get answers now, and this whole thing reeks."

State Attorney General Latitia James found in her January study of nursing home data that the Cuomo administration had undercounted deaths of nursing home residents by as much as 50%.

"The out of facility data was omitted after DOH could not confirm it had been adequately verified," said Garvey. She said Cuomo’s coronavirus task force agreed to withhold the data, although it and the Cuomo administration insist the withheld data doesn’t alter the findings of the July report.

That report concluded that a March 25 guidance to nursing home telling them they had to accept patients from hospitals where they had been treated for COVID-19 even if they still tested positive for the virus. The Cuomo administration insists the virus entered nursing homes from staff who had no symptoms at the time, and that the March 25 guidance wasn’t a "driver" of nursing home deaths.

"Task Force members, knowing the report needed to withstand rigorous public scrutiny were very cautious to not overstate the statistical analysis presented in the report," Garvey said. "Overall, ensuring public confidence in the conclusion was the ultimate goal."

The news reports further infuriated legislators who contend the Cuomo administration’s March 25 memo introduced or spread COVID-19 to the vulnerable population in nursing homes and that Cuomo has undercounted deaths of nursing home residents.

"This solidifies what we suspected in July — the state report is a total sham," said Sen. Sue Serino (R-Hyde Park).

CORRECTION: Letitia James' name was misspelled in a previous version of this story.