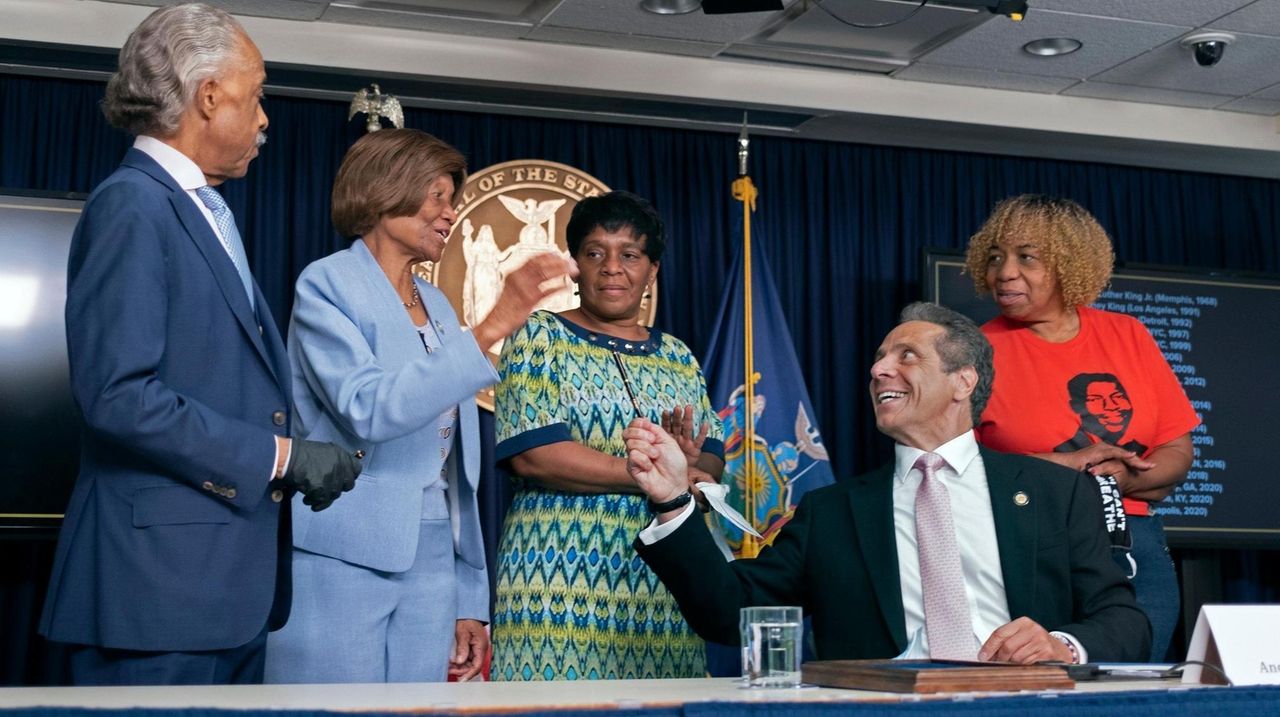 ALBANY — Gov. Andrew M. Cuomo signed an executive order that will require every police agency in New York to evaluate its policies on use of force, crowd management, bias training and citizens’ complaints, among other issues, or risk the loss of state funds.

The Cuomo administration didn’t immediately provide figures on how much money could be withheld statewide. Local police often receive state grants for specific programs rather than a general grant, an analyst said.

For example, the New York Police Department gets 2% of its funding from the state, according to the Citizens Budget Commission.

Cuomo said each agency must come up with a plan to “reinvent and modernize police strategies” by April 1, when New York’s next fiscal year begins. A local legislative body also must approve the plan.

He announced the order after signing a package of new laws, approved by the State Legislature, to increase police oversight and reduce police brutality — action sparked by the national protests.

“We are not going to be, as a state government, going to subsidize improper police tactics. And this is how we’re going to do it,” Cuomo said.

Asked about specific proposals that other jurisdictions are weighing — such as banning police use of tear gas — Cuomo said it would be a “mistake” to address single policies without addressing “systemic reform.”