ALBANY — The state Assembly Judiciary Committee announced Thursday it will "soon consider articles of impeachment" against Gov. Andrew M. Cuomo and gave him until Aug. 13 to provide his own evidence, another sign of the viselike pressure building against the embattled governor.

A Cuomo aide said the governor "appreciates the opportunity" and will be "cooperating" with the committee.

In related developments, SEIU/1199, the massive health care workers' union that has been a major Cuomo campaign donor and potent force in New York politics, said it's time for Cuomo to resign following an attorney general's report that said the Democrat sexually harassed 11 women and broke multiple federal and state laws.

Elsewhere, a fifth county district attorney announced he’s launched a criminal investigation of the governor based on the report. And a lawyer for one of the women, Lindsey Boylan, a former high-ranking state economic development official, said she plans to sue the governor for retaliation. 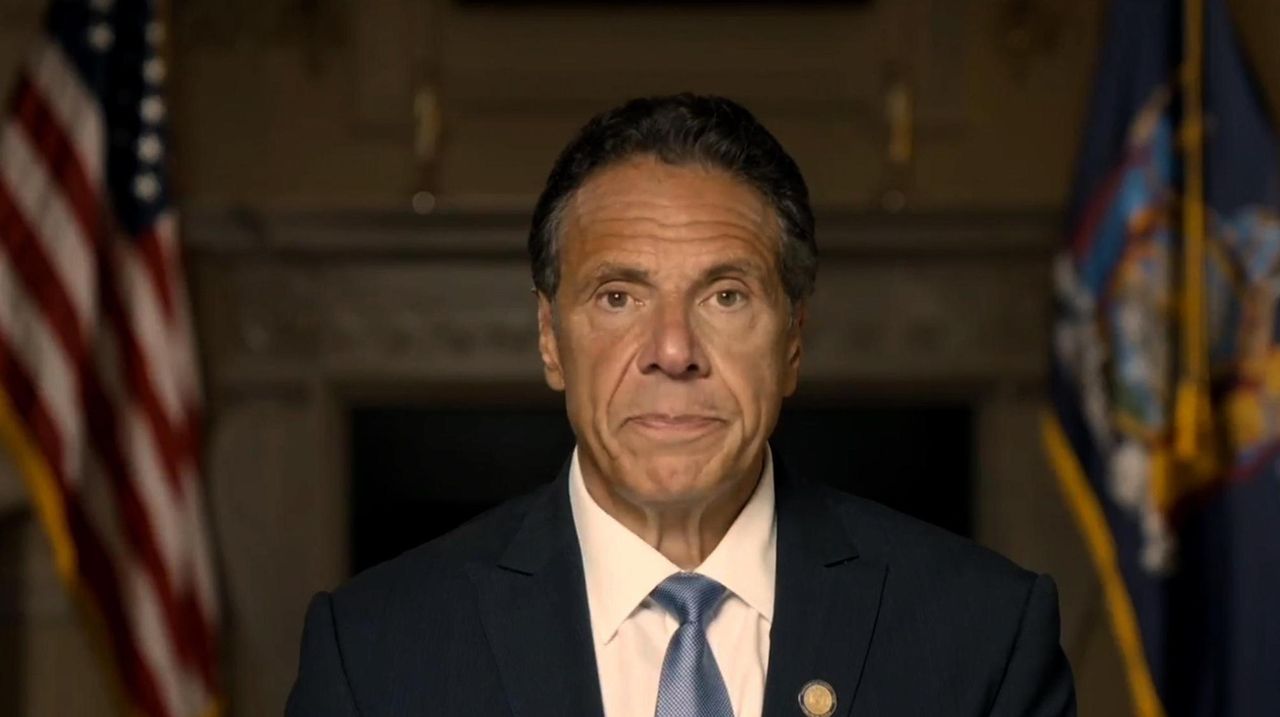 Late in the day, a Cuomo attorney issued a statement seeking to rebut the retaliation claims. Paul Fishman, releasing a 13-page letter he said he sent investigators, said actions taken by Cuomo staff members — sending Boylan's personnel records to some news outlets, drafting but ultimately not sending out a letter criticizing her — don't constitute retaliation under state law.

Those were the latest in a continuing swell of developments since Tuesday when Attorney General Letitia James released a report that found Cuomo not only sexually harassed multiple women but also participated in an effort to discredit one of them, and fostered a "toxic" workplace that enabled and protected him.

The Assembly is moving forward with impeachment as Cuomo, 63, a third-term Democrat, continues to resist calls for his resignation — including from President Joe Biden and New York State Democratic Chairman Jay Jacobs.

"Counsel for the Committee have previously requested that the governor produce relevant documents in his possession. A subpoena was subsequently issued for such material," the Judiciary Committee said in a statement issued by its chairman, Assemb. Charles Lavine (D-Glen Cove). "The Committee continues to expect full compliance from the governor."

Beyond harassment, the committee also is looking into nursing home deaths related to COVID-19 and Cuomo’s $5.1 million book deal for a pandemic memoir. Even with the Aug. 13 deadline, it’s likely the impeachment committee will take until at least the third week of August to complete its report, sources said. 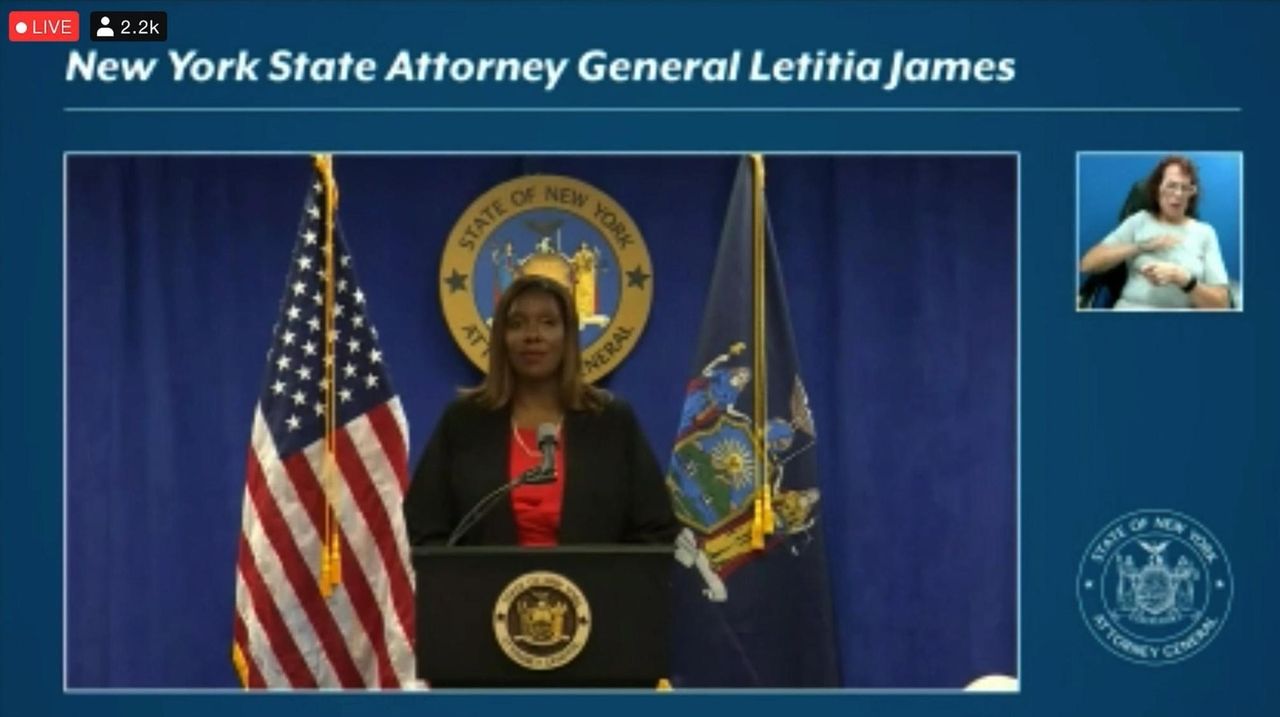 Cuomo aide Rich Azzopardi responded: "The Assembly has said it is doing a full and thorough review of the complaints and has offered the Governor and his team an opportunity to present facts and their perspective. The Governor appreciates the opportunity. We will be cooperating."

"We unequivocally condemn this and all sexual harassment and urge Governor Cuomo to resign," Gresham said. "Labor unions are responsible for fighting for safer working conditions and rights for workers, and this includes the right to be free from harassment. No one can be exempt, and no one is above the law."

Another Cuomo ally, Suffolk County Executive Steve Bellone, joined the chorus: "It is time for the Governor to resign." 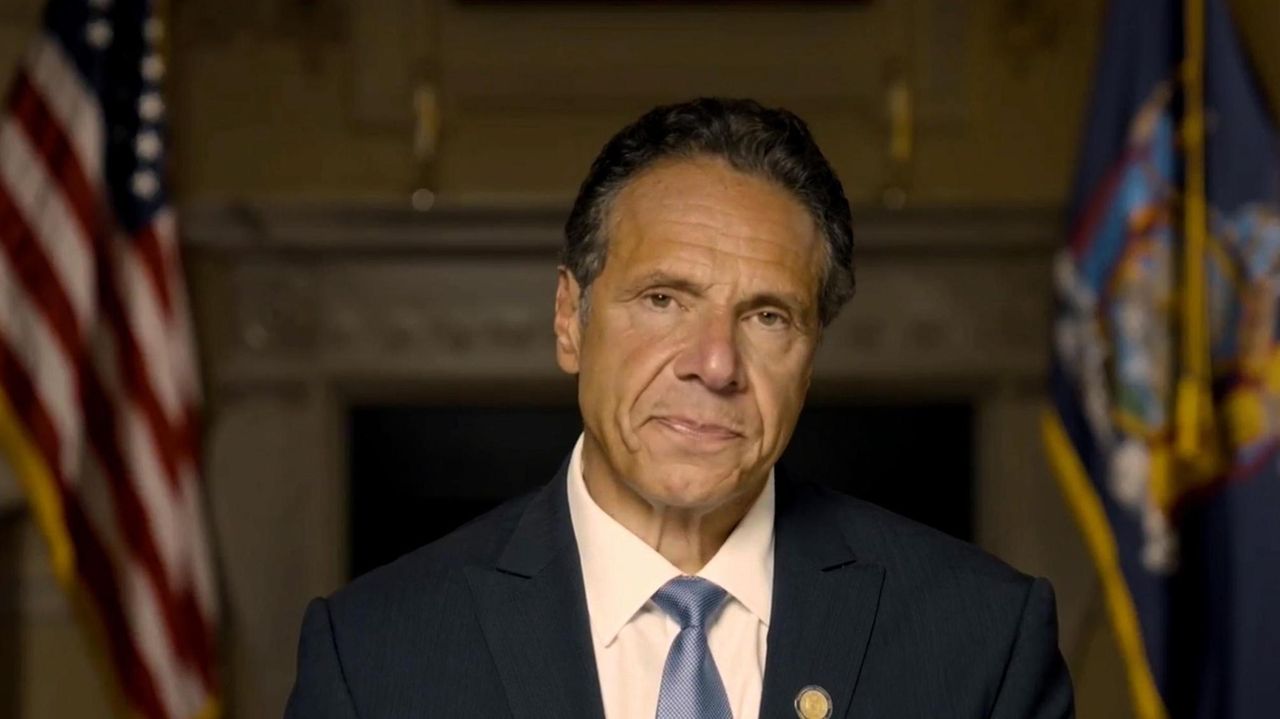 Cuomo responds to AG's report: 'The facts are much different than what has been portrayed' Gov. Andrew M. Cuomo on Tuesday responded to New York Attorney General Letitia James' report that he sexually abused multiple women and he apologized to several of them, including former aide Charlotte Bennett. Credit: Gov. Andrew M. Cuomo's Office

In another development, Oswego County District Attorney Greg Oakes said he will request materials from the attorney general’s report and look into a groping incident that allegedly occurred in his county in 2017.

Previously, prosecutors in Nassau, Manhattan, Westchester and Albany have said they too have opened investigations based on the James report.

The Nassau probe is based on an event that allegedly occurred on Sept. 23, 2019, at Belmont Park and involved a female state trooper who was a member of Cuomo’s personal security detail.

According to James’ report, Cuomo "ran the palm of his left hand across her stomach" and "pushed his hand back to her right hip where she kept her gun" while she held a door open for him during the event.

The trooper told investigators that the incident made her feel "completely violated because to me, like that’s between my chest and my privates," according to the report.

Though the specific event isn’t detailed in the report, Cuomo was on Long Island that day for a ceremonial groundbreaking at the New York Islanders new arena at Belmont Park.

In the Oswego incident, Virginia Limmiatis told investigators Cuomo inappropriately touched her at a public event at the state-run Salmon River Fish Hatchery in Altmar. She said was wearing a shirt with a company logo and the governor pressed his fingers across her chest on every letter in the logo.

Cuomo hasn't responded to accusations by Limmiatis or the trooper.

But his office has sought to push back against the retaliation claims.

Boylan first accused Cuomo of harassment in a Twitter post in December, calling him "one of the biggest abusers of all time." Cuomo aides then leaked Boylan's personnel records and began drafting a letter attacking her character.

The drafting effort included members of Cuomo's inner circle, trusted advisers who had left the administration and even his brother, CNN anchor Chris Cuomo. It also included executives with Time's Up, a group that supports victims of sexual harassment.

After some of the circle objected to the negative tone, the letter was never published. Still, the attorney general investigators concluded all the efforts combined constituted retaliation.

Cuomo's attorney contended it didn't because the letter was never sent and Boylan, who left state employment, wasn't demonstrably injured by it. He also repeated the administration's view that Boylan's allegations were linked to her ambitions to run for Congress, then Manhattan borough president.

Pressure mounting for Gov. Cuomo to resign as Jacobs, allies abandon himMore key supporters, including state Democratic chairman Jay Jacobs, are calling on the governor to quit in the wake of the AG report that concluded he sexually harassed 11 women. Marist poll: 59% of NYers say Cuomo should resignThe overnight poll follows the release Tuesday of a report by state Attorney General Letitia James that concluded that Cuomo violated state and federal laws by sexually harassing multiple women. AG report: Cuomo sexually harassed multiple womenThe findings, released by State Attorney General Letitia James, renewed widespread calls for the governor to resign — including from President Joe Biden, a longtime Cuomo ally. Here's how an impeachment process would workIf Gov, Cuomo refuses to resign over the AG's sexual harassment report, state lawmakers said they would move to impeach him.