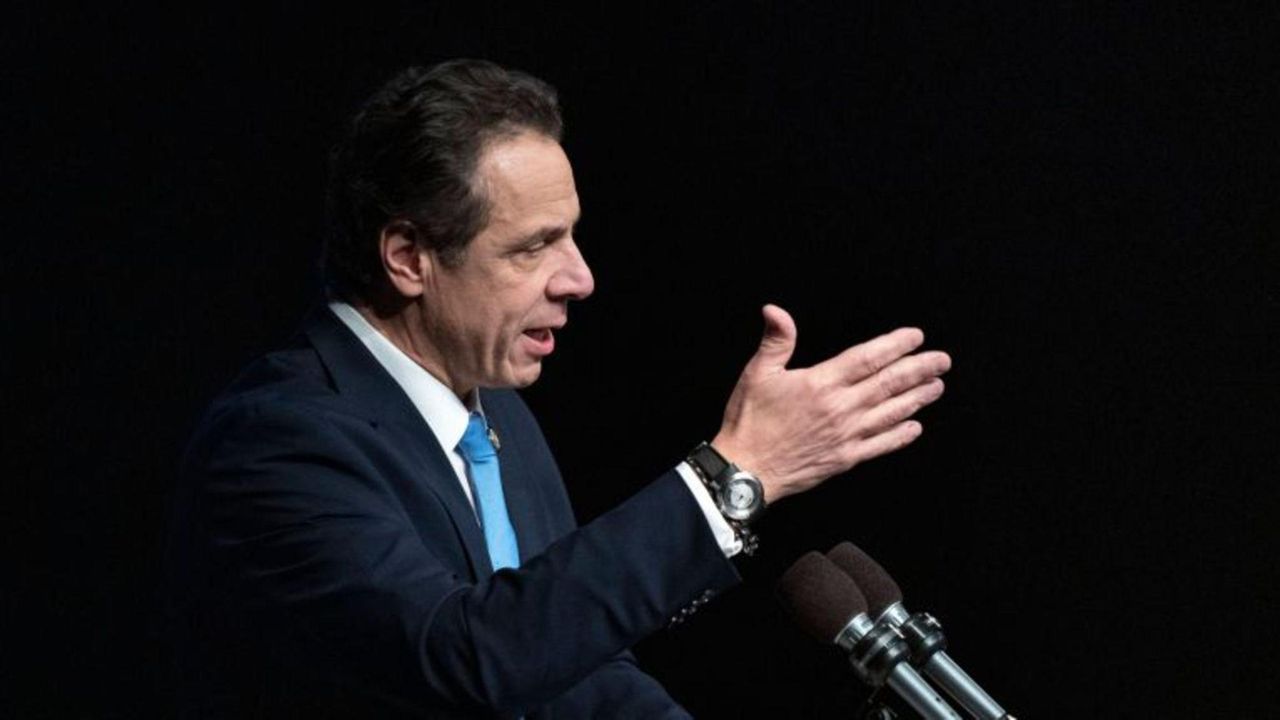 The Democrat, who is beginning his ninth year in office, delivered a $175.2 billion budget proposal to state legislators for the fiscal year 2019-20. If adopted, it would restrict the overall spending increase to 2 percent. The governor’s budget division said revenues from New Yorkers’ personal income taxes are down by $500 million from last year’s projections as of December, and that overall revenues could decline by $1.6 billion.

The governor proposed making the state’s 2 percent property tax cap permanent, rather than keeping it subject to renewals every few years.

Beyond the financials, Cuomo put a heavy emphasis on nonfiscal policy initiatives popular with Democrats, touching on criminal-justice, social and voting issues, among others. It’s a signal that Democrats, with complete control of state government for the first time in years, will focus as much or more on policy measures than fiscal ones.

Besides marijuana, some of those include making college aid programs available to children of people in the country illegally, a stronger abortion-rights law, changing the state’s bail system and allowing people who were sexually abused years ago to file civil lawsuits. All of those are expected to sail through the Legislature.

“I believe we can have the most productive first 100 days in state history,” Cuomo said, focusing on Democrats’ wide areas of agreement. “It’s just us. We are in control. There is no one else. And I believe together we can do it.”

That ruffled some Republicans.

“I understand we now have one party controlling both houses and the governor’s office, but I really didn’t hear any reaching across the aisle. I heard quite the opposite,” said Assemb. Edward Ra (R-Franklin Square). “I didn’t really leave the speech with the spirit we’re all going to work together.”

Some of the governor’s high-profile initiatives lacked details and will have to be worked out with state legislators.

He called for legalizing recreational marijuana for those 21 and older, creating an “Office of Cannabis Management” and a three-tiered taxing system on sales. But his budget plan doesn’t count on any revenue from it until 2021 — and then banks on $83 million the first year, far short of the $300 million Cuomo has said it will annually generate for the state.

Further, his idea of letting some municipalities “opt out” of legalization severely undercuts the proposal, Sen. Julia Salazar (D-Brooklyn) and others said.

Similarly, Cuomo didn’t spell out a lot of details in calling for “congestion pricing.” The idea is to impose tolls to travel through Manhattan below 60th Street as a way to alleviate gridlock and funnel some money toward subway repairs. The governor suggested convening a panel to work out specifics. And his administration said the state can’t expect to begin collecting until 2021, even if the concept is approved this year.

Congestion pricing will be one of three major areas of contention for suburban legislators, said Lawrence Levy, head of Hofstra University’s Center for Suburban Studies.

The others: Legalizing marijuana and Cuomo’s proposal to reconfigure the distribution of education aid based on schools rather than school districts. It should be no coincidence, Levy said, that all three proposals are a bit fuzzy at this point.

“The lack of details gives the governor more room to maneuver, both budgetarily and politically,” he said.

On school aid — always among the most contentious issues — Cuomo called for spending $27.7 billion, an increase of $1 billion or 3.6 percent. But he also said aid should be allocated on a campus-by-campus basis, rather school district by school district. The governor said that would help needy schools, but lawmakers didn’t immediately embrace the idea.

Lawmakers are supposed to adopt a budget by April 1, the beginning of New York’s fiscal year.

“From a policy standpoint, it’s good that we have the governor, Assembly and Senate pretty much talking about progressive, Democratic issues that have been bottled up the last few years,” Assembly Speaker Carl Heastie (D-Bronx) said.

But he signaled lawmakers won’t be happy with some of the initiatives being included in the budget as opposed to stand-alone legislation. Tying nonfiscal items in the budget with unrelated items such as school aid gives a governor more leverage over lawmakers.

“I think with the Democratic governor, Democratic Senate and Democratic Assembly there is probably not a need to do it,” Heastie said.

The governor surprised some lawmakers by calling for more oversight of state contracts valued at $250,000 or more. Last year, Cuomo resisted contract oversight despite a bid-rigging scandal that resulted in the conviction of his former top aide, Joseph Percoco, several campaign donors and the head of a state university.

But he also asked more from legislators, proposing to make them and their offices subject to the state’s Freedom of Information Law.

Fiscal watchdogs said Cuomo’s proposed budget contained “no big departures” from his usual approach. Among the wrinkles: his call for extending the millionaires’ tax, along with all of New York’s tax rates, for five years — a longer extension than ever granted. The rates are set to expire this year.

“It’s a stay-the-course budget for the governor, for better and for worse,” said E.J. McMahon of the fiscally conservative Empire Center think tank in Albany. “For the better, he’s restraining spending and promising to put the property-tax cap in the budget. That shows he means business. For the worse, the news of the budget is the weakness of revenues.”

With Michael Gormley and Rachelle Blidner

LI would lose $15M in state aid in Cuomo's budgetThe plan would disqualify certain towns and villages from receiving money. His administration no longer wants to provide the aid to communities where it covered less than 2 percent of expenditures in 2017. Officials: Cuomo's LI school-aid pitch a good startEducation leaders and local legislators say they will work to get more than the 2.03 percent increase in operating aid for Long Island's schools that is in the governor's budget proposal for 2019-20. How Cuomo's budget would affect five key issuesThe governor's budget outlines proposals for energy, environment, health, higher education and economic development. Cuomo gives a big push to legalized marijuanaALBANY — Gov. Andrew M. Cuomo on Tuesday propelled the effort to legalize recreational use ...