ALBANY — President Donald Trump said Friday that he will deny a COVID-19 vaccine to New Yorkers until Gov. Andrew M. Cuomo ends his plans to delay distribution until the state determines the vaccine is safe.

Soon after, Cuomo said the state review wouldn’t delay distribution of a vaccine because he trusts the incoming Biden administration not to politicize the issue.

At a Rose Garden news conference Friday, Trump said, "For political reasons the governor decided to say … he wants to take his time with the vaccine. He doesn’t trust where the vaccine is coming from … he doesn’t trust that it’s this White House," Trump said in Washington.

"So. we won’t be delivering it to New York," Trump said. "Governor Cuomo will have to let us know when he is ready for it." 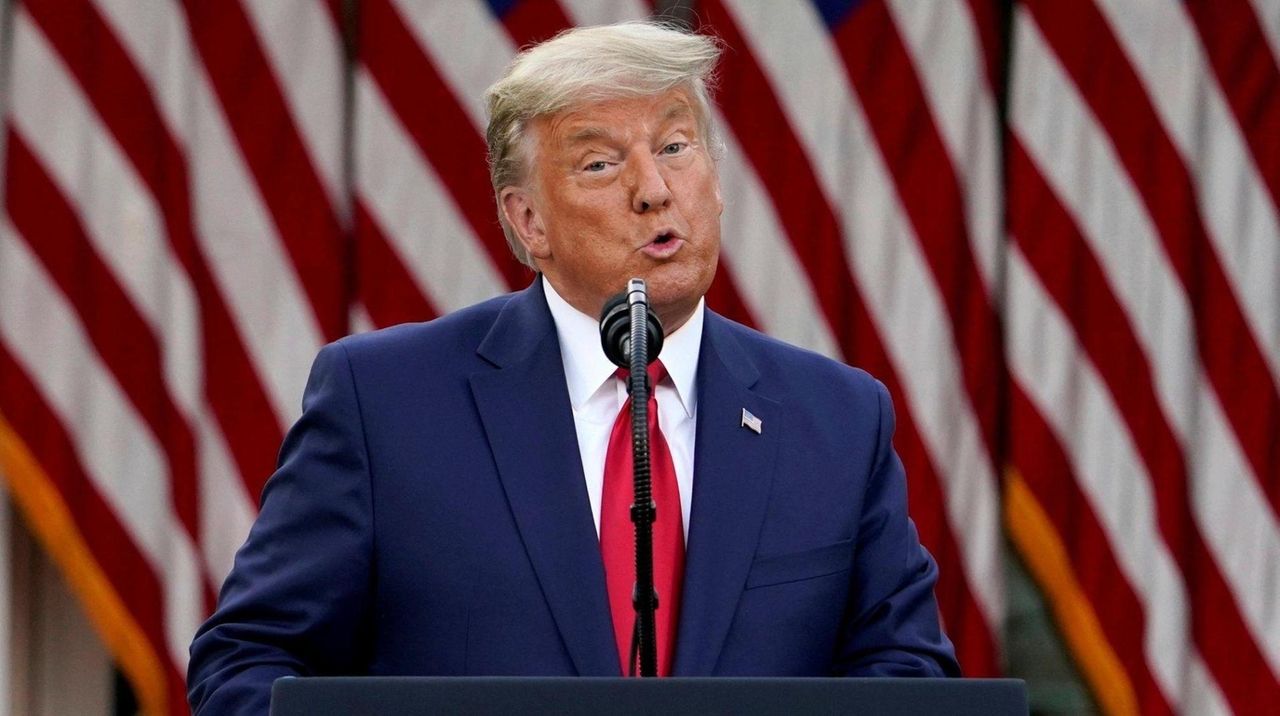 Trump hails progress on vaccine in first remarks since loss President Donald Trump held a news conference on Friday at the White House to discuss a potential COVID-19 vaccine that would be shipped out in "a matter of weeks." Credit: White House

Cuomo had said previously that the state needs to consult with experts before the vaccine approved by the Trump administration is distributed to New Yorkers because Cuomo believed Trump was making decisions based on politics rather than science.

However, on Friday the governor said Trump’s loss in the election to Democrat Joe Biden reduces concern about politicization of the vaccine and he expects New York’s approval to be "simultaneous" with the release of the vaccine from Washington.

"There will be no delay," Cuomo said on CNN. "Our review will be simultaneous."

Cuomo wouldn’t say if he believed Trump when he said that the vaccine could be available for distribution by April. But Cuomo said New York’s experts will review the federal approval process so that New York will be ready to accept the vaccine as soon as it’s ready.

"He’ll be gone," Cuomo said of Trump. "I don’t expect the FDA is going to playing games at this point."

The Associated Press reported there is no guarantee that a vaccine would get rapid authorization for emergency use or whether the vaccine will work in older adults as well as young healthier adults. Trump said health care workers, the elderly and the infirmed would be among the first to get the vaccine.

"I am the president-elect, but I will not be president until next year," Biden stated. "The crisis does not respect dates on the calendar, it is accelerating right now. Urgent action is needed today, now, by the current administration — starting with an acknowledgment of how serious the current situation is. Resources for front line health care workers, including personal protective equipment that is again in short supply."

California Gov. Gavin Newsom had announced on Oct. 19 that his state wouldn’t distribute a vaccine until its own panel of experts reviewed the data to determine its safety. Washington, Oregon and Nevada joined California’s vaccine safety review group on Oct. 27, appointing their own experts to review any vaccine that receives federal approval and verify its safety before it’s made available to the public.

Although the president has consistently played down the pandemic, which has killed more than 240,000 Americans and infected more than 10 million people in the U.S., public health experts expressed worry about Trump’s silence on the troubling spike in cases, as well as his refusal to begin coordination on virus issues with Biden's transition team.

At his new conference Friday Trump didn’t mention his election loss last week, but did allow that a different administration might be in charge in April when he said the vaccine will be available.

Cuomo called Trump’s refusal to accept that he lost the popular vote and the Electoral College contest as "his delusion, his dislocation from reality

"And it’s shameful what he does," Cuomo said. He said Trump’s refusal to provide a transition for Biden is "the height of irresponsibility and narcissism. It’s shameful that he is still in denial."

Later Friday, state Attorney General Letitia James said she would sue the Trump administration if it delays shipments of the vaccines to New York.

"If dissemination of the vaccine takes place in the twilight of a Trump Administration and the president wants to play games with people’s lives, we will sue and we will win," James said.

What you need to know about the new statewide COVID restrictionsWe answer your questions about New York State's new limitations on restaurants and bars, gatherings in private residences and more. See what percentage of people around you are fully vaccinatedSee vaccination rates by ZIP code, and more COVID-19 data.