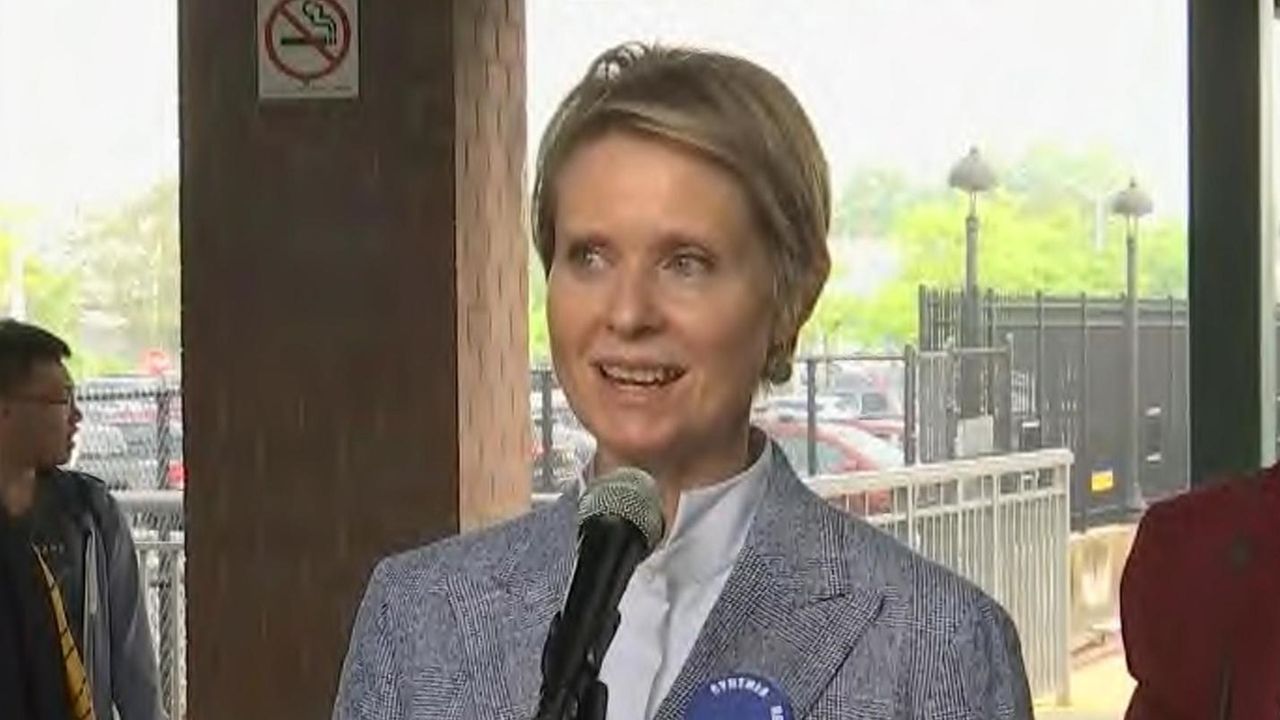 Gov. Andrew M. Cuomo, as expected, cruised to the Democratic nomination Wednesday, winning 95 percent of the delegates at the state party’s convention.

But the win, while overwhelming mathematically, doesn’t clear the way for the incumbent to be the party’s standard- bearer in November.

Insurgent Cynthia Nixon received fewer than 5 percent of the delegates. Before the vote, she told reporters she didn’t expect to receive the 25 percent necessary to qualify for a party primary. But the actress, who is challenging Cuomo from the political left, said she would collect the petition signatures necessary to get on the ballot.

The hourlong vote for governor at Hofstra University’s Mack Center was an exercise in power for the party apparatus controlled by the governor. The state Democratic committee had made no apologies about being fully behind a third term for Cuomo. Even the clergy delivering the invocation at the opening of the convention touted the governor at length.

Nominating speakers for Cuomo were backed by showy PowerPoint presentations, highlighting his policy wins on huge video screens. Nixon supporters got a plain background. The few votes Nixon received in the roll-call balloting were greeted occasionally with boos by Cuomo allies.

Afterward, Cuomo said the 95 percent total was more than he had expected.

“I am very gratified. . . . For me, it’s an affirmation of everything we’ve done,” Cuomo told reporters. Summing up his first two terms, he said: “We got done a lot of great things on every level.”

Though Cuomo is now the party’s official nominee, he wasn’t going to address the delegates until Thursday. Meanwhile, he has rolled out Democratic stalwarts to endorse him: Hillary Clinton on Wednesday; former Vice President Joe Biden on Thursday.

The party also nominated its other incumbents: Lt. Gov. Kathy Hochul for a second term and Comptroller Thomas P. DiNapoli, who has been in office since 2007.

The attorney general spot on the party’s ticket opened up after Eric T. Schneiderman resigned abruptly earlier this month after four women accused him of assault. (Barbara Underwood, who worked as Schneiderman’s solicitor general, was named by the State Legislature to fill the rest of his term, until Dec. 31).

James had the support of a majority of delegates. Two other candidates — Leecia Eve, a former Cuomo aide, and Zephyr Teachout, who ran for governor in 2014 — also were nominated, but failed to reach the 25 percent threshold.

Nixon crashed the gathering early. She held a news conference at the Hempstead station of the Long Island Rail Road to blast Cuomo for the woes of New York’s mass transit system and then addressed the party’s “Progressive Caucus” as the convention opened.

She called the confab an “extremely choreographed event,” said she had never expected to garner the 25 percent of the delegate vote necessary to automatically qualify for a primary.

“I think that Andrew Cuomo can get all the endorsements that he wants. But the fact of the matter is that people are going to be voting on his record — which is not very progressive,” Nixon told reporters. “At the end of the day, I think people vote on people’s records, not on surrogates.”

Cuomo ,asked about criticism that the delegates didn’t reflect the party’s left, said the people in the convention hall represented “the most progressive people in this state.”

His backers said the vote total was an affirmation of the party’s rank-and-file support for the governor.

“What this shows,” said Stuart Appelbaum, who is president of the Retail, Wholesale and Department Store Union and who nominated Cuomo, “is that people who have been involved in politics and government and the Democratic Party have a sense that the state is moving in the right direction,”.

Party formally endorses Cynthia NixonNew York's progressive Working Families Party has formally endorsed "Sex and the City" actress Cynthia ... Nixon: Likely to use petitions to get on ballotALBANY — Cynthia Nixon said Monday she is likely to try to secure a spot ... Poll: Cuomo favorability low, but leads NixonA poll has the governor matching his lowest favorability among voters since taking office in 2011, but because of strong Democratic and New York City support, he remains well positioned to fend off Cynthia Nixon's primary challenge.

1:41
Gov. Cuomo responds to AG report that finds he sexually harassed multiple women
1:41
Cuomo responds to AG's report: 'The facts are much different than what has been portrayed'
These restaurants, businesses, colleges and NYC theaters will be requiring COVID-19 vaccines
Politicians react to Cuomo report
1:33
Gov. Cuomo sexually harassed multiple women, according to AG's report
Gov. Cuomo speaks following release of AG's sexual harassment report
Didn’t find what you were looking for?