"Yes, I will. I fully expect to. I’m prepared for this," Hochul said on NBC’s "Today" show when asked if she’d run for reelection next year in what could be a crowded Democratic field.

"I’ve led a life working in every level in government, from Congress to local government," the 62-year-old Buffalo Democrat continued. "I’m the most prepared person to assume this responsibility, and I’m going to ask the voters at some point for their faith in me again."

Hochul becomes the first Democrat to announce she will run in 2022 since Cuomo announced Tuesday he will resign from office. He said his resignation would become effective Aug. 24 — clearing the way for Hochul to finish the final 16 months of Cuomo's term and become New York’s first female governor. 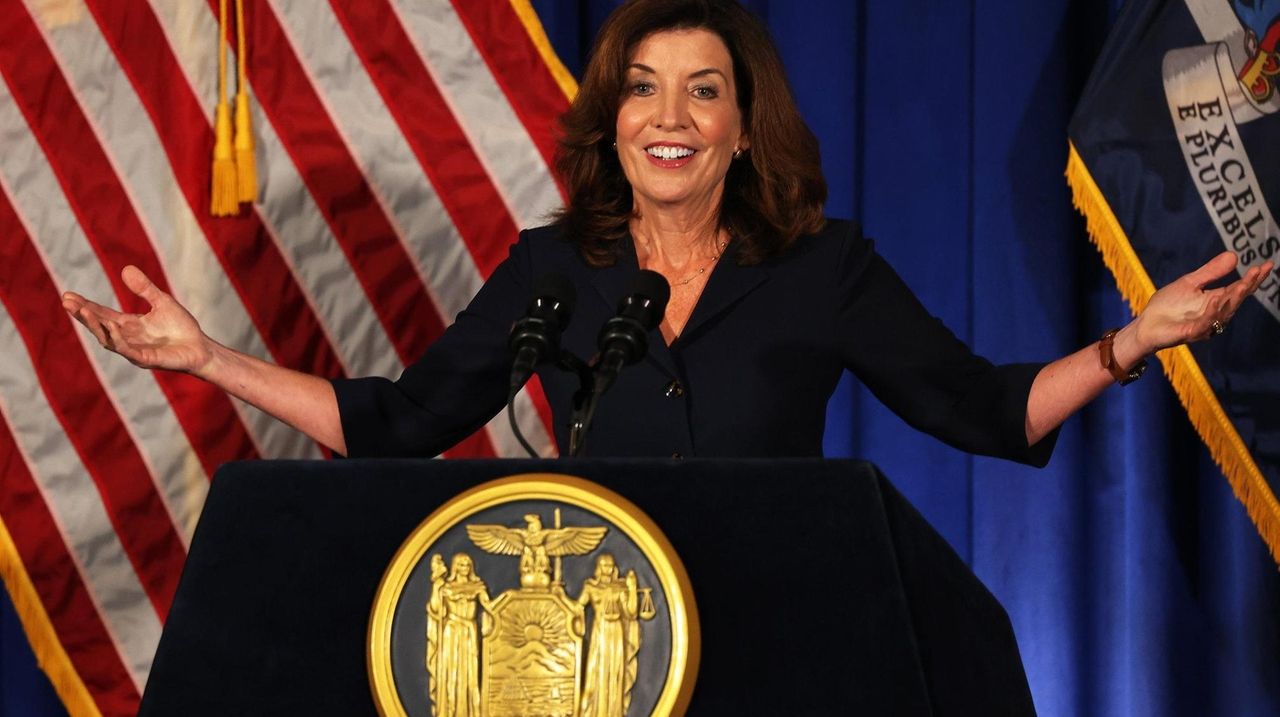 It makes clear to the State Legislature she doesn’t intend on being a lame-duck governor. It elevates her political status. And she gets the jump on would-be rivals who think declaring too soon might be seen as bad form.

"She wants to be a forced to be reckoned with," said Lee Miringoff, Marist College pollster. "She’s saying, ‘I’m going to be a player, not a lame duck.’"

"It’s a message to everybody out there and a message to herself," said Doug Muzzio, a Baruch College political scientist. "It’s ‘I’m running and all challengers to have to come through me.’ It’s planting the flag."

Hochul has a fundraiser this weekend in Suffolk County, Democratic officials confirmed. But it was scheduled long before Cuomo’s resignation and was intended to raise money for her reelection as lieutenant governor.

But there’s more interest in it now, said Assmb. Fred Thiele Jr. (I-Sag Harbor), in whose district the event is slated.

"Even in the Hamptons in the summertime, there’s some excitement about it," Thiele said.

A handful of candidates are running for the Republican nomination already, led by front-runner Rep. Lee Zeldin (R-Shirley) and former Westchester County Executive Rob Astorino, who lost to Cuomo in 2014.

Hochul has said she’d name a new lieutenant governor before Aug. 24, when she is set to take over from Cuomo.

On NBC, Hochul continued to distance herself from Cuomo, who resigned following a report that said he sexually harassed women, and a fast-moving impeachment process in the State Legislature.

Cuomo maintains he committed no wrongdoing but would step aside because he’s become a distraction. He also had almost no support in the 213-member Legislature.

Hochul repeated her administration would not have a "toxic" workplace environment, as investigators described the Cuomo administration. She also didn’t answer directly whether legislators should continue impeachment proceedings against Cuomo. She said, "I don't believe it's my position to weigh in on that situation."