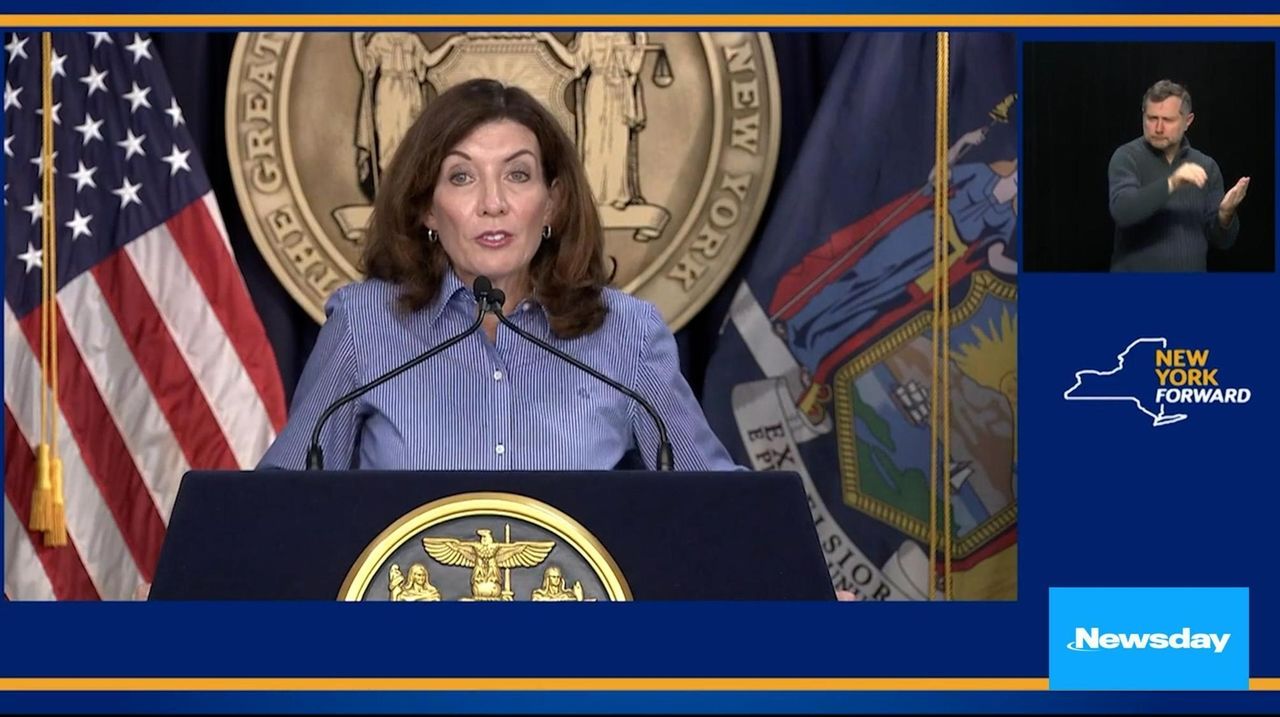 New York Gov. Kathy Hochul has asked for an expedited major disaster declaration that, if approved by President Joe Biden, would deliver millions to state residents and local governments struggling to recover from Ida’s record-breaking and deadly rainfall.

New York suffered at least $50 million in damages as a result of last week’s storm, Hochul said during a news conference in Manhattan on Sunday. At least 1,200 homes, she said, were damaged by the storm, the weakened form of the powerful hurricane that devastated the Southeast last week. Ida's remnants brought up to 9 inches of rain to parts of Long Island, flooded roadways and homes and killed 17 people statewide.

"This request I signed and submitted to President Biden can secure the financial resources that are due to New Yorkers who suffered unimaginable devastation as a result of the storm," said Hochul, who became emotional at times as she described the damage she witnessed while touring Long Island and other communities hard hit by Ida.

"I have seen the heartbreak and pain of these families firsthand, and I pledge not to forget them and to ensure they get the resources they need to recover," said the governor, who signed the request for expedited disaster relief Sunday after her tour.

Biden, who had earlier pledged to help storm victims, is scheduled to visit the region on Tuesday, touring parts of Queens and New Jersey that were especially hard hit by the storm.

County executives in Nassau and Suffolk could not be reached for comment.

The state also launched an online resource hub — NY.gov/Ida — where New Yorkers can find information on assistance programs and how to access shelter and food.

Hochul also said she has identified $378 million in previously awarded FEMA funding that can be used to bolster the Long Island Rail Road, the New York City subway system and other infrastructure against future extreme weather.

Earlier in the day, Senate Majority Leader Chuck Schumer (D-N.Y.) called for passage of the bipartisan infrastructure bill approved by the Senate and the reconciliation bill that is still being negotiated. He said both bills would help build resilient infrastructure and help combat climate change.

At least $10 billion would be allocated to the MTA to upgrade New York transit systems, according to Schumer, who called on his congressional colleagues to approve both measures.

"Global warming and the havoc it wreaks knows no political boundaries," Schumer said during a news conference outside the subway station at Seventh Avenue and 28th Street in Manhattan, which was flooded by last week’s rain.

The reconciliation bill, Schumer said, will fund investments in clean energy and transportation that will slash carbon emissions and create good, well-paying jobs.

Biden approved an emergency disaster declaration for New York last week that would deliver up to $5 million in federal funds to Nassau, Suffolk and 12 other counties, including New York City’s five boroughs.

Hochul said Sunday’s request for aid comes after FEMA, state and local government representatives completed an overall damage assessment. In order to request a major disaster declaration, the state had to suffer at least $30 million in damages, the governor said.

"Unfortunately for us, that number was shattered," Hochul said of the $30 million threshold. She added that she expects the estimate of $50 million in damages to increase.

Hochul said she is urging local officials to work with state and federal agencies to identify how money can be spent to make transit systems, roads and other infrastructure better withstand extreme weather.