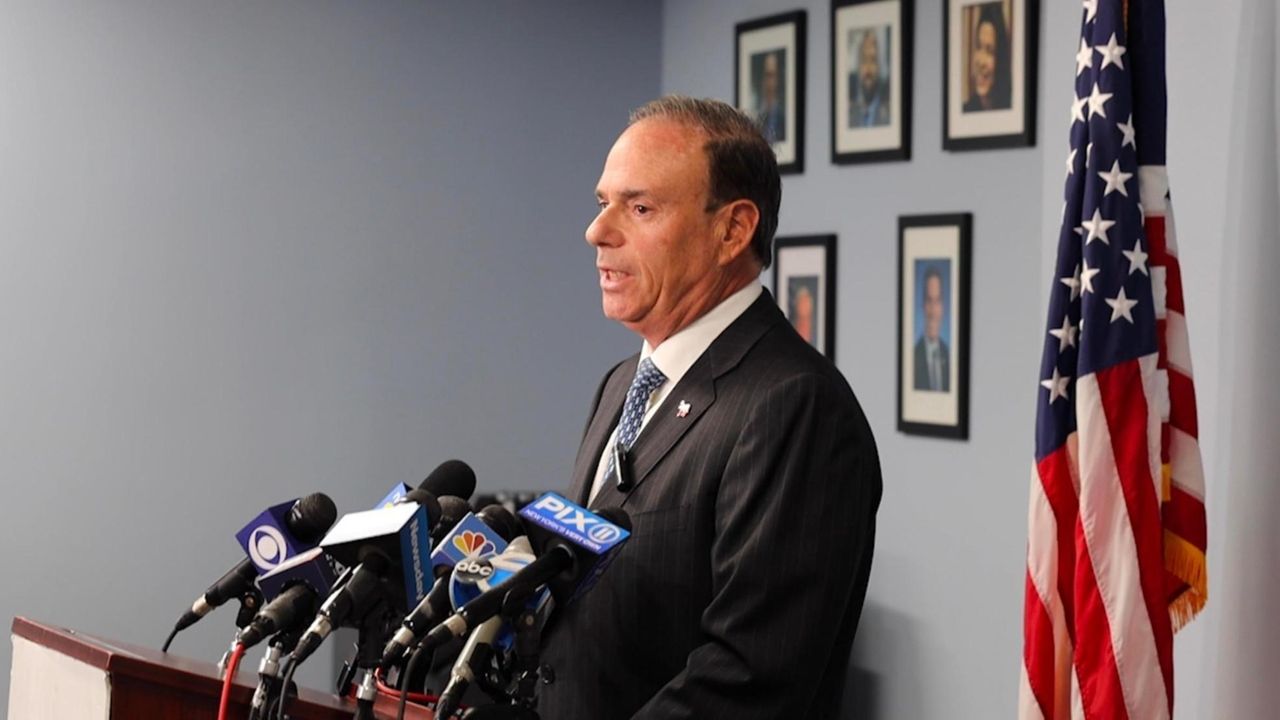 But it's unclear if any candidates will heed the advice or whether attempts to stave off a primary could backfire with progressive Democrats, who criticized the announcement.

Jacobs, who serves as both state and Nassau County Democratic chair, said Hochul has "earned" the party's backing and said a multicandidate primary could "waste precious resources and divide us."

"From the beginning, I have been urging those interested in looking into running for governor to hold their powder and to wait and allow Gov. Hochul to get the job done and make her mark," Jacobs said at a Garden City news conference. "Unfortunately, over the past few days, it seems that a number of candidates are becoming more anxious, and the window is closing for some to make a decision. So, accordingly, I am today announcing my personal endorsement of our Gov. Kathy Hochul for election to the office of governor once again."

Jacobs said he wasn't speaking for the state Democratic committee or even the Nassau committee. He said Hochul, in just six weeks since becoming governor upon Andrew M. Cuomo's resignation, has shown that she can be a successful governor. Further, she can win support across a broad spectrum of the electorate in 2022.

"Clearly, she can win the general election," Jacobs said. "Not every aspirant who can gain our nomination will necessarily win. Kathy is a pragmatic progressive who will properly balance the need and demand for change with what can be accepted by voters in all parts of our state."

He added: "A party torn apart by multiple candidates in multiple primaries for multiple offices will exhaust precious resources, divide us, and make us weaker when we need to be at our strongest."

Schaffer, the Suffolk County Democratic chairman, said Hochul has shown to be a "pragmatic problem-solver."

Hochul replaced Cuomo, who resigned in the face of a sexual harassment scandal and a fast-moving impeachment process. She served as lieutenant governor for seven years.

Last week, James made two speeches that some Democrats viewed as testing the waters for a potential campaign. Also, New York City Public Advocate Jumaane Williams, who unsuccessfully challenged Hochul in a lieutenant governor primary in 2018, said he's considering a run for governor.

Jacobs' decision to make an endorsement this early in the campaign season didn't go over well with some Democrats. Some want the state chairman to stay out of any potential race. Some questioned whether the backing of "establishment" Democrats could wind up hurting Hochul.

"NY deserves a Dem Party Chair who makes endorsements that mean something, instead of being empty & meaningless," Sen. Alessandra Biaggi (D-Pelham), one of many young and more progressive Democratic members of the State Legislature, wrote on Twitter.

"Jay Jacobs’ efforts to shield the current power brokers and power structures from a challenge aren’t remotely surprising," Williams said in a statement.

One analyst wondered if Jacobs' endorsement and call for unity would have any impact at all.

"Nobody's going to listen to him," said Doug Muzzio, a Baruch College political scientist. "I don't think it's going to deter anybody."

Further, Muzzio said it could backfire on Hochul in a Democratic primary if it makes her appear as the "establishment" candidate.

Schaffer asked party members to unite behind the new governor rather than risk a "free-for-all" Democratic primary in 2022, which he said could allow a far-left candidate to win the nomination and "open the door to defeat" to Republicans next year.

"What you see is what you get — a no-nonsense, pragmatic problem-solver who cares about people and treats everyone with respect," Schaffer said of Hochul.

Schaffer said he’s urging James and state Comptroller Thomas P. DiNapoli to run for reelection, which he said would make a "powerhouse ticket" for the party that combines "mainstream and progressive policies" that a majority of New Yorkers support.

"And for those who would say, ‘This is New York, a Republican can’t possibly win here,’ I would point you to Maryland, Massachusetts, and Vermont, all of which are to New York’s left and all of which have Republican governors," Schaffer said.