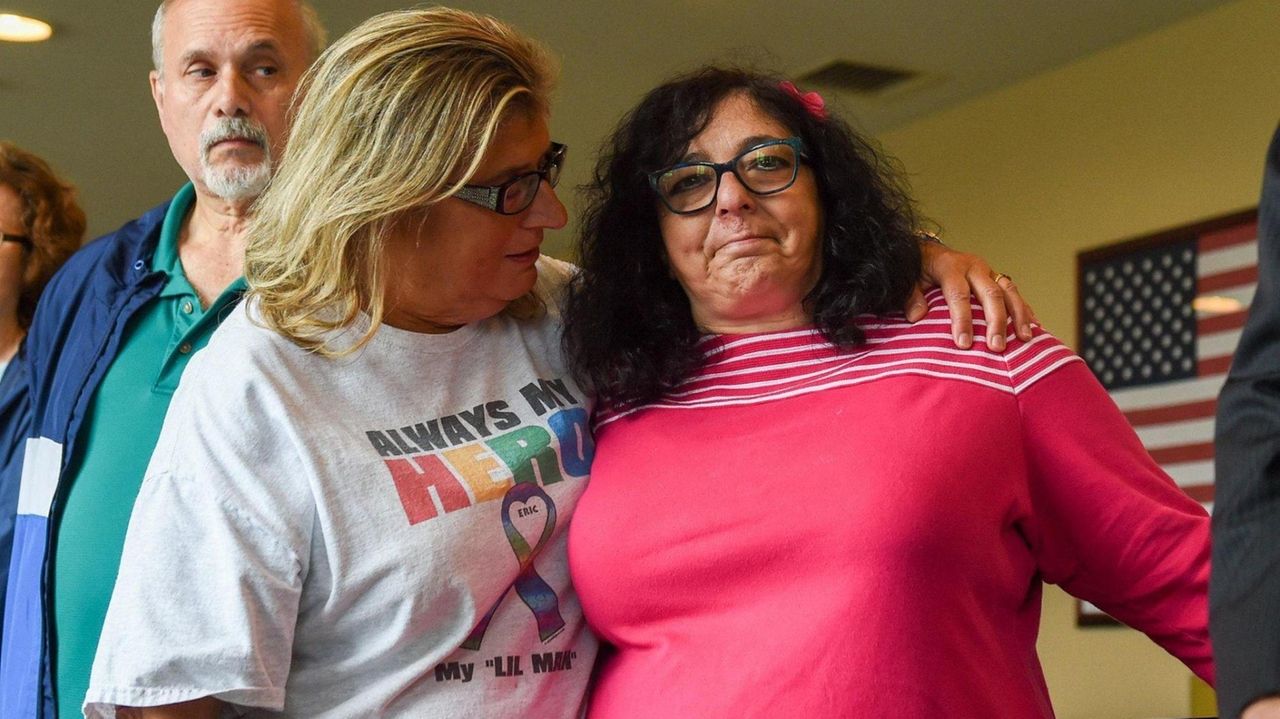 A state agency established to protect individuals with special needs has failed to prevent and respond to cases of neglect and abuse in Long Island group homes, including allegations of malnutrition, and physical and sexual abuse, according to Rep. Lee Zeldin, who on Tuesday called for cameras to be installed in group homes. Credit: James Carbone

A state agency established as a protection for individuals with special needs has repeatedly failed to prevent and respond to cases of neglect and abuse at Long Island group homes, Rep. Lee Zeldin said Tuesday.

At a Central Islip news conference, Zeldin (R-Shirley) and family members of two alleged victims of abuse at group homes discussed the need for reforms at the New York State Justice Center for the Protection of People with Special Needs, an office created in 2013 to address lax enforcement of group home abuse. The justice center, which includes a special prosecutor, inspector general and a hotline to report abuse, has jurisdiction over more than 1 million children and adults receiving services across six state agencies.

In one case cited Tuesday, the family of a 24-year-old autistic man said he fractured his neck earlier this year after allegedly being forced to run naked on a treadmill at an East Islip group home. A former employee of the group home was charged in connection with case. In the second incident, the family of an 18-year-old man being treated at a Lido Beach facility in 2018 said they have sued the group home after the man was allegedly physically and sexually abused there, sustaining a clavicle fracture at the hands of an assistant manager.

Zeldin called for comprehensive reforms to the justice center.

"We must finally secure justice for individuals with disabilities who have become victims while inside state care," Zeldin said.

In December, Zeldin and Reps. Peter King (R-Seaford), Elise Stefanik (R-Schuylerville) and Tom Reed (R-Corning) asked the U.S. Department of Justice's Civil Rights Division to investigate the justice center and its "failure" to protect individuals with disabilities. The Justice Department responded in May that it would "carefully consider" whether to open an investigation but declined to elaborate Tuesday.

Zeldin said the parents' accounts of the incidents are backed up by witness statements and written documents. The congressman also said he wrote the justice center identifying his concerns about the two cases.

In a statement, justice center spokeswoman Christine Buttigieg said the office has a "robust" abuse-prevention program.

"Every allegation of abuse and neglect reported to the Justice Center is thoroughly investigated to conclusion," she said. "Every allegation is also referred to the local district attorney for an independent review. Any individual or provider found responsible is held accountable to the highest degree the law allows."

But the families of special needs individuals who allegedly suffered abuse at the Long Island group homes accused justice center officials of failing to take corrective action to stop a perpetual cycle of neglect.

Maria Barouch wiped tears from her eyes at the news conference as she discussed the Feb. 19 incident she said left her son, Joseph, in a medically induced coma for 30 days. Richard Garnett, a group home employee, was charged with endangering the welfare of a disabled person in connection with the incident.

She said her son, asleep in his bed at Life's WORC in East Islip, was awakened to take medication but afterward wanted to watch movies. Garnett insisted Barouch go back to sleep and told police he put him on a treadmill "to tire him out," according to charging documents.

Barouch fell face-first on the treadmill, suffering a fractured neck, bruises throughout his body and burn marks to his feet. He would need two surgeries to repair disks in his neck. Garnett said he never reported the abuse because he "didn't want to get fired," documents show.

Michaelangelo Matera, Garnett's defense attorney, said his client "cared deeply" for Joseph Barouch and "feels awful" about his injuries but was not in the room at the time of his fall.

"Mr. Garnett insists on his innocence and says he is not responsible for his injuries," Matera said.

Life's WORC did not respond to calls for comment.

Norbert and Maureen Berrios, who attended the news conference with their attorney, said they have sued the Brookville Center for Children's Services in Lido Beach. They said their son Raymond, 18, was continuously abused and neglected at the facility, was the victim of sexual assault and did not get proper nutrition and medication. In May 2018, the teen suffered a clavicle fracture after he was assaulted by a group home assistant manager, his parents said.

No one has been criminally charged in the case, while one staffer has been fired, according to Zeldin and family members. The group home did not respond to requests for comment.

"The nightmares that we encountered have been, at times, overwhelming," said Norbert Berrios. "The justice center has failed to prosecute, or do anything."